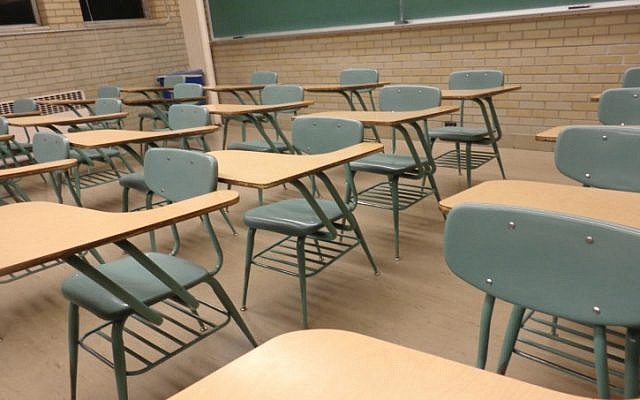 Every year about this time, fringe activists make their way to various university and college campuses around the globe to celebrate the annual hate-on against Israel, dubbed “Israeli Apartheid Week” (IAW). Each year, organizers proudly proclaim the growth of their movement since its inception some 15 years ago and tout the list of cities where their events can be found.

Great spin to be sure – but here’s the truth: nobody of consequence is listening.

Some seven years ago – back in 2012 – the Israeli Ministry of Foreign Affairs investigated mainstream media coverage of IAW. Even back then – during what could be argued was the heyday for anti-Israel organizers – the study concluded that IAW was essentially a non-event, one that failed to attract mainstream coverage of its rhetoric.

In 2019, that finding remains true. While continuing to be offensive to Jewish and pro-Israel students, and maintaining its intellectual dishonesty, IAW is largely ignored by almost everyone – and certainly by moderate, well-intentioned students and faculty across Canada. In fact, what IAW actually provides is an opportunity for anti-Israel activists on the periphery, many of whom are not even students, to talk amongst themselves in increasingly small numbers with virtually no mainstream student participation.

As for the divisive and discriminatory Boycott, Divestment & Sanctions (BDS) campaign on Canadian campuses, those initiatives have also failed – at a rate of 85% over the last two years. Since 2012, 61% of BDS initiatives were defeated – with only 38% succeeding. While BDS initiatives are effective at making Jewish students feel unduly singled-out and in some cases even targeted, they’re having no tangible impact on the economic health and well-being of the Israeli economy, or the flourishing Canada-Israel academic relationship. To say nothing of the fact that BDS has done nothing to advance the cause of Palestinian sovereignty or to mitigate their struggles.

Canadian students are beginning to demand more from their student governments. They want their representatives to advocate for issues that impact mainstream students directly – not to exhaust finite resources and attention on issues such as BDS, which contravenes fundamental Canadian values has no discernible impact on the lives of everyday Canadian students. Recent signs of resistance against – and defections from – the controversy-prone Canadian Federation of Students (CFS) demonstrate that Canadian students are demanding better from their representatives.

IAW and BDS campaigns are not only failing to mobilise students in the diaspora or make lives better for Palestinians, they are also eroding student government credibility to the detriment of pressing issues such as student mental health, campus inclusion, and affordability.

The tide on campus is changing and well-intentioned students are part of it.