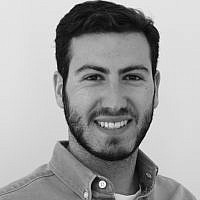 The Blogs
Daniel Bratt
Apply for a Blog
Please note that the posts on The Blogs are contributed by third parties. The opinions, facts and any media content in them are presented solely by the authors, and neither The Times of Israel nor its partners assume any responsibility for them. Please contact us in case of abuse. In case of abuse,
Report this post.

When you travel to West Yorkshire on an overcast humpday (Wednesday), you don’t expect a motivational presentation on the subject of happiness. Even less so delivered by a Syrian refugee who arrived little over eight months ago with no English.

And yet that is how I found myself, sitting in a room at the offices of our partner organisation delivering employability services to Syrian refugees – feeling slightly in awe of this 20-year-old, telling me, despite all he has been through, about the importance of staying positive in spite of circumstance if one is to achieve (pronounced ‘a-chive’) happiness.

I point out the error in his pronunciation for two reasons.

Firstly, because he pulled off the rest of his presentation impressively despite only having started learning English (a different script let alone language) eight months ago.

Secondly, because I didn’t correct him, and later, when talking about practicing the language, he pointed out that English people are too polite to correct him, which hinders his learning. I’ll remember to forget my manners in future. 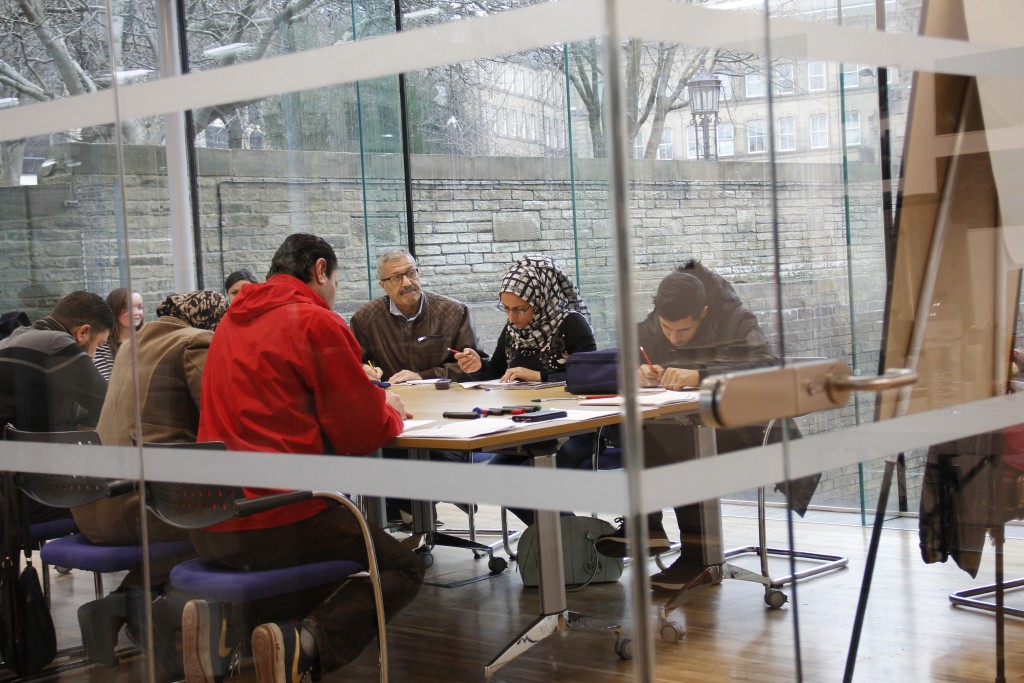 Students in one of the English classes.

I was visiting Yorkshire with Janice Lopatkin, World Jewish Relief‘s Refugee Resettlement Consultant, Alisa Avigdor, our Director of Philanthropy, and four supporters, to learn more about our employment programme supporting Syrian refugees and meeting some of the people making it happen.

Using our experience getting people into work in Eastern Europe, we developed an employment programme in 2016 – a vital piece in the puzzle of full integration for Syrian refugees.

The proof of the success is apparent both in the number of jobs secured and job-ready clients, but also the levels of English, motivation and confidence, which have vastly improved for the refugees we are working with. 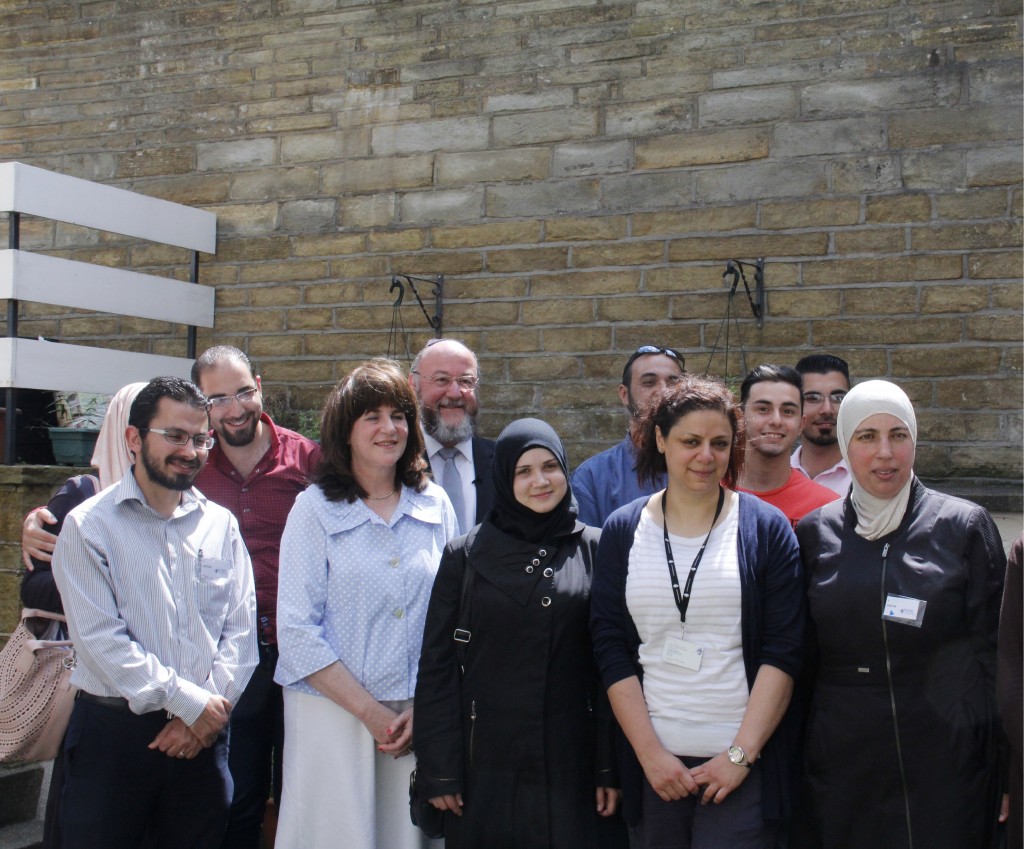 Group shot of students and teachers during Chief Rabbi visit

For months I’d heard of ‘Mr Kevin’ – a Mr Miyagi kind of character for whom employability is his karate. Meeting Kevin, as well as Ursula and Lisa – his colleagues working for our partner organisation – I could see exactly why the refugees I’ve heard from hold them in such high esteem.

The enthusiasm, professionalism and personal investment of our partners, whether in Yorkshire, Eastern Europe, or further afield is the crucial link between our donors’ money and the people we are able to help. They are the everyday heroes making it all happen. 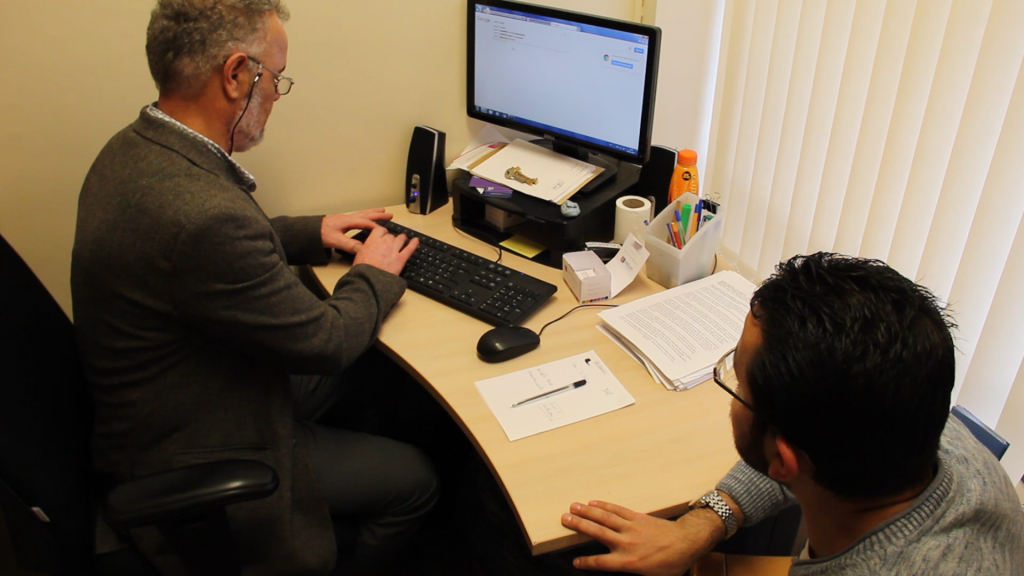 Kevin (aka Mr Miyagi) working with a Syrian refugee.

One of the things that stood out to me most was Kevin explaining the disparities between different refugees. Kevin and Ursula deal both with those who were middle class professionals, as well as those from perhaps more rural areas who are unable to read or write even in their own language. Despite their vastly different backgrounds the programme caters for all these people with bespoke approaches to each person to ensure their expectations are managed, hopes met and futures mapped out.

For all of them, according to Kevin, the catalyst for their progress is improving their English. State provision simply isn’t enough, and the additional hours we are providing is one of the key ways our programme helps. It was fantastic to listen to the presentations that the four young Syrians delivered. They may have been in imperfect English, but such determination to practice and impress are surely the recipe for success. 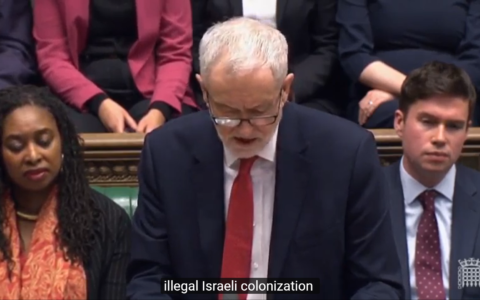 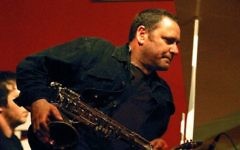 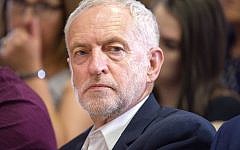 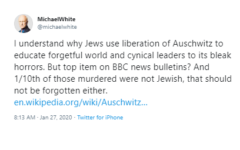 OPINION: My challenge to the Michael Whites of this world
Jenni Frazer