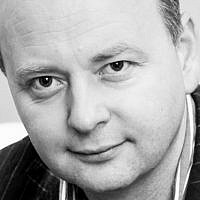 The Blogs
Stephen D Smith
Apply for a Blog
Advertisement
Please note that the posts on The Blogs are contributed by third parties. The opinions, facts and any media content in them are presented solely by the authors, and neither The Times of Israel nor its partners assume any responsibility for them. Please contact us in case of abuse. In case of abuse,
Report this post.

The statistics are rolling in: Thousands of rockets fired, thousands of homes destroyed, 65,000 reservists deployed, hundreds of Palestinian and tens of Israeli dead, miles of print, hours of commentary, two ceasefires. But for all our statistics, are we not missing one fundamental point? No one is suffering more at the hands of Hamas than the ordinary people of Gaza.

I am usually quite reluctant to comment outside of my area of expertise, but my recent experience in Israel while attending a conference on Holocaust education trumps reticence. I am now stateside catching up with the news – or what appear on our news feeds. Maybe I am missing the immediacy of being there, but like some kind of time machine, the real story gets transposed into a completely different reality here, and so I will try to share a glimpse of what I saw and reflect on the only conclusions I can draw.

During the first week of the crisis, I witnessed the first siren in Jerusalem over a beer; I danced with colleagues in a shelter at Yad Vashem, Israel’s official Holocaust memorial; listened to artillery fire over a glass of wine near the Lebanon border; and ate sushi on the waterfront at Tel Aviv during a missile attack. As safe as all that may sound – and indeed the nonlethal nature of the onslaught for ordinary Israelis is quite astounding – the geographic diversity of my experience clearly shows the all-out-attack on Israel’s populace. Israelis have not been killed in numbers, but the intent to kill is clearly there.

I cannot say that I have ever had need for a bomb shelter before, but now I understand their utility. As the siren wailed over Tel Aviv, the stairwell filled with an assortment of (mainly) Israelis, who like me, were becoming weary of the routine. We exchanged half-hearted “boker tovs” (good mornings) to each other, while they checked their live blogs. Ears cocked, we listened for the thud in the sky, signal that Iron Dome had picked off the inbound missiles. After satisfied nods, we were on our way.

Don’t get me wrong, Israelis take what is happening very seriously, but other than the communities adjacent to Gaza itself, Hamas’s attempts to terrorize the Israeli population has been inconsequential to the point of being pathetic. The only rational explanation for their otherwise irrational acts of aggression is their intent to draw Israel out. To add to the warped logic of it all, the best way to unite Israelis is to fire deadly missiles at its urban centers, forcing a call-up of reservists from every street in the nation. There is no country on earth that would take any other course of action other than to neutralize such a threat, however bloody and distressing.

Zvika, my taxi driver that morning, typifies the attitude of many Israelis. He did not run for the shelter, but stood under a tree to watch Iron Dome. He is no great humanitarian, but I do hear frustration on behalf of the Palestinians. “We supply them materials for concrete, which could build hotels, but instead they build tunnels to smuggle rockets, which get blown out of the sky, then we reply by destroying the buildings from where the rockets were launched, destroying the real estate the terrified civilians could be using to make money.” Succinctly put. Sadly true.

In turn, I wonder how Hamas has had the time and resources to build a vast network of concrete tunnels, but no bomb shelters for its vulnerable citizens.

Had Hamas the slightest interest in the security of Palestinians, they would have used the 2005 disengagement agreement to build stability for their citizens. The rockets, the incursions, the rhetoric, the wasted lives are all indication of Hamas’ deep-rooted genocidal ideology, which surpasses all other ideological considerations. Not one paragraph of the Hamas charter is about the protection of Palestinians. They have a greater desire to kill Jews than ensure the wellbeing of their own people.

Had Hamas given peace a chance, the very Israeli Jews who are the target of Hamas’ genocidal ideology would have quickly embraced peace, engaged economically with Palestinians and capitalized on Gaza’s ready-made labor force. Gaza City could have been a flourishing seaside resort with hotels, restaurants and tourist facilities by now, but instead its people are cowering from the ordnance being dumped in their backyards. It is time they stood up to the leadership that is hurting them so badly.

Of course, my observations are not drenched in the tears of loss experienced by countless Palestinian families, nor do I have a child at war, or a spouse that has been called up. I am a bystander to the terrible fates of everyone else – close enough to see, far enough for safety. But I do clearly see that Hamas is fighting an enemy that does not exist. They have destroyed the opportunity of a generation of Gazans to grow up without war. They have crushed their own people’s progress, their education, their achievements and their chance for dignified road to statehood. If Gazans really want freedom, they are going to have to fight for it from within.

Whatever my reluctance to find parallels with my own work, there is one link I recognize. Whenever violent leaders drag their people into blind aggressive killing, the populace that condones their ideas ultimately suffers. Genocidal ideology is never – ever – in their interest, however much they like to think it is.