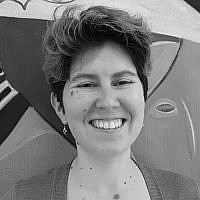 The Blogs
Melody Barron
Apply for a Blog
Advertisement
Please note that the posts on The Blogs are contributed by third parties. The opinions, facts and any media content in them are presented solely by the authors, and neither The Times of Israel nor its partners assume any responsibility for them. Please contact us in case of abuse. In case of abuse,
Report this post. 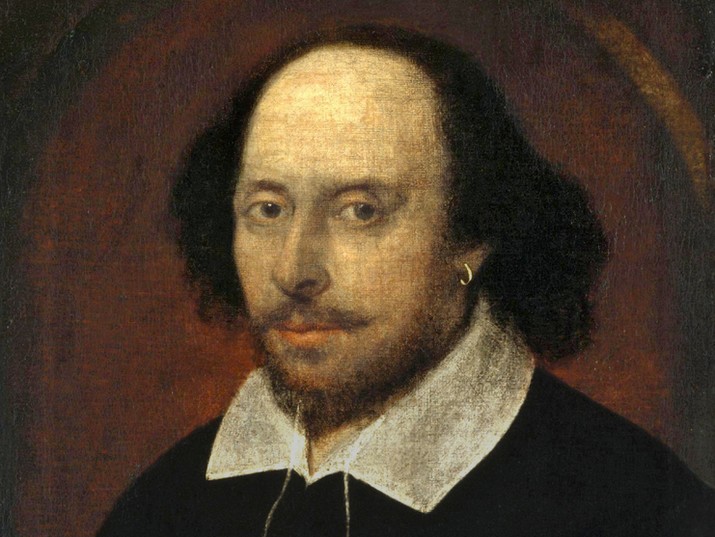 The portrait as known as the ‘Chandos portrait’ of William Shakespeare

The continued popularity of William Shakespeare’s plays is such that it is as though the Bard never died. Immortal and timeless are his words- in Elizabethan English at least- but the translations of Shakespeare’s works are not to be disregarded.

One of the most famous and notorious translations of Shakespeare’s works is the Isaac Edward Salkinsohn Hebrew translation of “Romeo and Juliet.” Many believe this translation to be far more modern than it actually is, assuming that it was produced in the era of the Hebrew Yishuv and the burgeoning state of Israel when localizing the classics was an extremely popular practice.

This is not so! 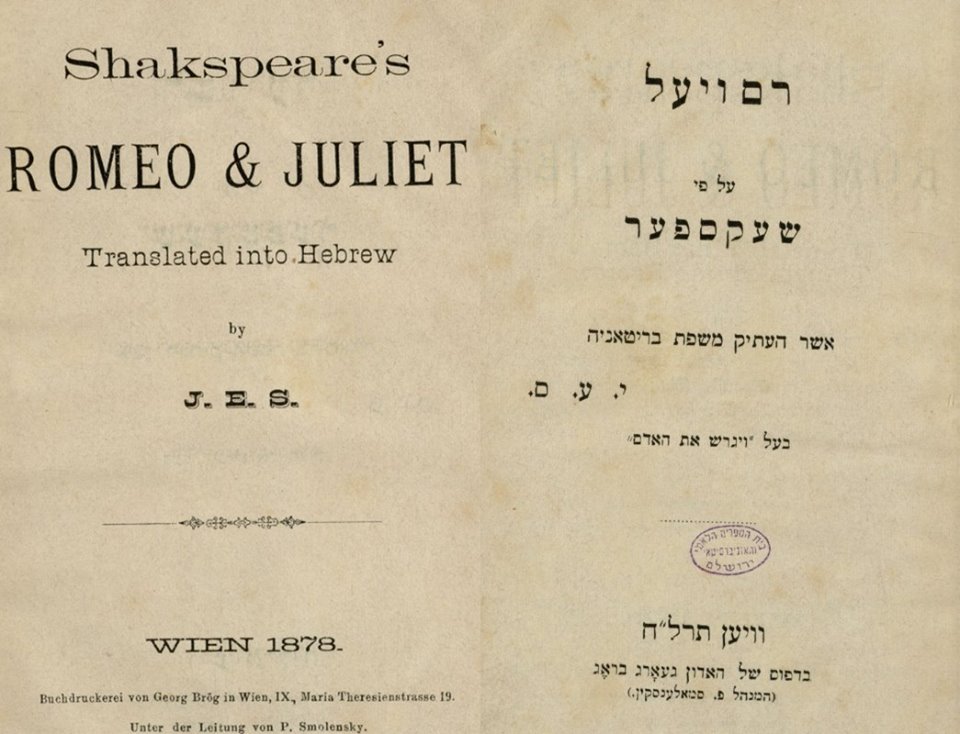 Isaac Salkinsohn translated “Ram ve-Yael,” the Hebraicized names of the protagonists of Shakespeare’s famous tale of star-crossed lovers, in 1878 during what is considered the time of Jewish Enlightenment. The Haskalah, a period of Jewish secularization and modernization in Europe, took place long before the first Zionist congress in 1897 and long before Eliezer Ben-Yehuda, the father of Modern Hebrew, began his project of standardizing the Hebrew language to become the mother-tongue of the modern Jewish people.

The revolution of the Hebrew language was brought about by people like Salkinsohn who sought to make the masterpieces of the non-Jewish world accessible to Jews who were not literate in the Gentile languages that surrounded them. During this period, the revolutionary Maskilim (the purveyors of the Haskala movement) were also working to transform Hebrew from a language of religion to a language of literature.

This transformation was not readily accepted by all the Jews of Europe as there were groups who viewed the Haskala not as modernization, but as an attempt to assimilate. These Jews were especially skeptical towards Isaac Edward Salkinsohn who was not merely secular, but had left Judaism in its entirety in favor of conversion to Christianity.

Yitzhak Salkinsohn was born in 1820 in to a Lithuanian Jewish family in Belarus and following his conversion in 1849 in London, the community he left behind slandered and disowned him.

It was in London that he met Peretz Smolenskin, one of the revivers of the Hebrew language and fellow Haskalah revolutionary. Smolenskin encouraged Salkhinsohn to translate the great works of Western civilization because these works were potential masterpieces that deserved to be written.

In addition to the aforementioned “Romeo and Juliet,” Salkhinsohn also translated “Othello” and changed “Othello, the Moore of Venice,” to, “Iti’el Ha’Kushi Mi’Venezia.” Salkhinson took great care in his work, preserving the iambic pentameter famously used by Shakespeare in his original plays. 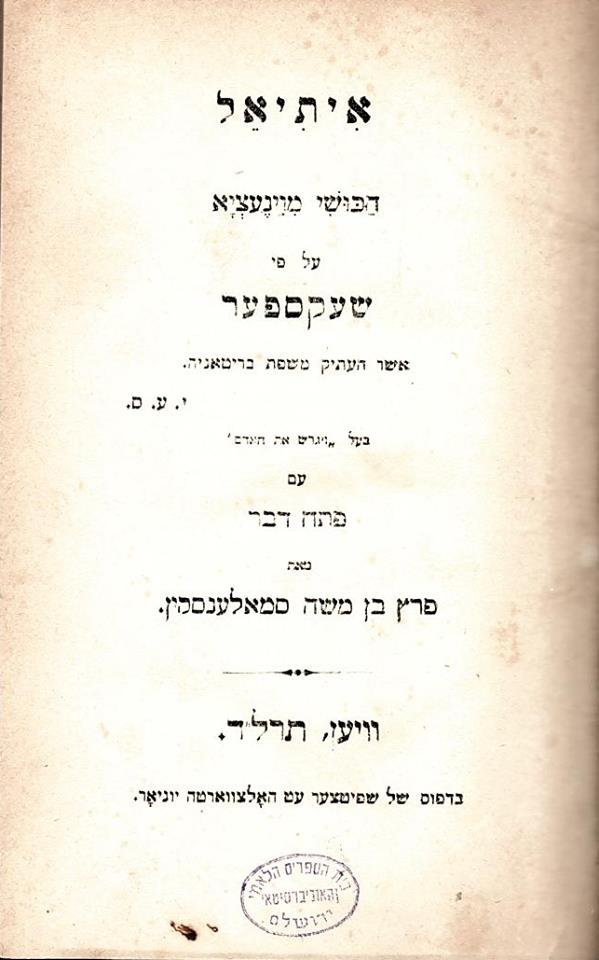 Shakespear’s The Tragedy of Othello, the Moor of Venice, translated into Hebrew by J.E.S., 1874

Despite the difficulties he faced bridging the worlds of Romeo & Juliet to Ram & Yael, and Othello to Iti’el, Salkinsohn managed to successfully transmit Shakespeare’s work from the English world to the Jewish world, giving Shakespeare his voice in Hebrew.

That Time the Pope Approved the Talmud

About the Author
Melody Barron is a writer and editor at the National Library of Israel. Jewish heritage, culture, and history are her bread and butter.
Comments