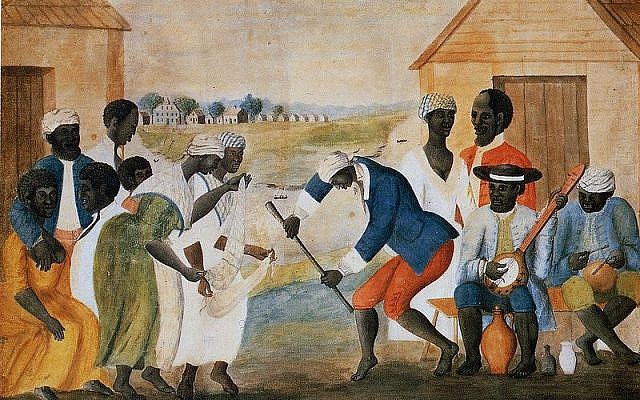 US president James Buchanan called for a public fast day on January 4, 1861, in support of the abolition of slavery. The president’s view on slavery was met with vociferous opposition by Rabbi Dr. M. J. Raphall, of the B’nai Yeshurun synagogue in New York. He insisted that the institution of slavery had existed since the earliest recorded history and it was not sinful, provided that the slaves are treated properly. In a scathing response, Rabbi David Einhorn of the Har Sinai Congregation in Baltimore, insisted that slavery was a moral sin and that Torah certainly does not condone slavery. (Rabbi Einhorn was subsequently forced to leave the South.)

After the long narrative describing the origins of the Israelite nation and their escape from Egyptian bondage, the Torah pivots in Parshat Mishpatim toward legal matters. It is astonishing that the opening set of laws discussed is the Laws of Slavery. Subjugation? Servitude? Masters? Why didn’t the God who miraculously shattered the fetters of an enslaved nation demand the abolishment of slavery entirely? Was the escape from Egypt a means in part, to reshuffle and create a new-and-improved system of slavery?

In last week’s portion of Yitro, the Jewish people received the Torah and began their journey fulfilling a prophecy and a dream, in an effort to forge an ethical society whose lasting impact was destined to enhance the world. The Jewish idea burst onto the world scene when paganism was in vogue, as was the belief that force and physical strength determined who had the right to dominate. Judaism’s groundbreaking conviction was that all people are created equal before God. For this reason, the Torah begins with the creation of the world and the formation of human beings, all of whom are fashioned in the image of G-d.

Granted, the contemporary reader regards the question of slavery through a modern, liberal prism, from a context where it is axiomatic that it is a repugnant practice. In ancient society, the Torah laws granting slaves rights were regarded as revolutionary — running counter to normative convention.

Rabbi Gamleil Shmalo delineates the sages’ various approaches in understanding the institution of slavery. The first approach attenuates the constraints of slavery by limiting its scope and by emphasizing the benefit for the individual slave. Rabbi S.R. Hirsch maintained that Jews were not permitted to purchase a Canaanite slave unless he were already enslaved. It was considered a step up to become the property of a Jew, who was instructed by biblical law to treat any slave humanely. Thus, a Jew who acquired a slave was considered to be rescuing that slave from a worse fate.

The Netziv (Rabbi Naftali Tzvi Yehuda Berlin) presents a different perspective, highlighting the religious benefit that the slave receives. The Canaanite slave was obliged to follow Jewish law and ritual that transformed the slave into a monotheistic ger toshav, with an improved connection to God. Accordingly, slavery served as an instrument to introduce pagans into God’s covenant, which did involve forfeiting certain personal liberty.

In a similar vein, Rabbi Avraham Yitzchak Kook, a student of the Netziv, compared the coal miners of his day to slaves under biblical directives. He felt that, while coal miners were ostensibly completely free, they were thoroughly abused through inhumane working conditions, with their lives holding minimal value. Had they been the property of a benevolent master, they would have been treated as valued, income-producing assets for one who would have great interest in keeping them safe, happy, and alive. According to Rav Kook, biblical enslavement, where the master is concerned with each slave’s best interest and care, is essentially a merciful employer/worker model and preferred over the plight of poor, non-unionized workers. In his words: “The reality of life is that there are rich and poor, weak and strong. A person who has great wealth hires poor people — legally — to do his work. These employees are in fact ‘natural’ slaves, due to their socio-economic standing.” Their lives might well have been better had they actually been slaves.

Rabbi Nahum Eliezer Rabinovitch argues that biblical laws were instituted to protect the slave when slavery was an accepted norm. Societies develop and advance and Jewish law accounts for that. For example, at one time, polygamy was a common and perhaps beneficial practice; today, it is prohibited — so too, slavery. In the ancient world, it was impossible to sustain an economy without vast amounts of human labor. The Torah revamped the concept of slavery by insisting that the slave also had rights: “If a man strikes his slave or his maidservant with a rod, causing death, the death shall be avenged.” Less dramatically, but perhaps no less significantly, the Torah also granted slaves a day of rest every seventh day.

The world has advanced, leading to abolition nearly everywhere – and horror in the Western world at the very notion of slavery. Moreover, progress in science and especially technology have drastically reduced the necessity for unskilled laborers in modern economies. We might suggest that these developments are Divine Providence that is driving the world to be a better place. As some institutions become anachronistic and are no longer applicable to the modern world, the Torah pushes humanity to grow as it thrives.

Parashat Mishpatim did not abolish slavery; rather, it set in motion a series of laws that led the people to abolish its practice, eventually, on their own accord, at their own pace. As Chief Rabbi Jonathan Saks once remarked “God changes nature, but never human nature.” That we must work on ourselves.