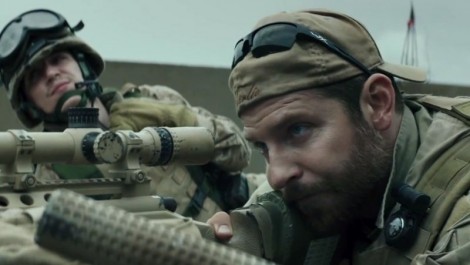 I first learned what it meant when a soldier killed a terrorist just before being inducted into the IDF. I was in a friend’s house when he received a phone call. A few seconds later he was jumping up and down in the air and screaming “Mazal tov” and “Kol h’kovod” down the phone at the top of his voice. When he hung up he explained to me that his comrades in Golani’s elite Egoz unit had killed two terrorists and picked up their AK-47 rifles. They were all celebrating the kills. This was far from the world of Oliver Stone’s epic movies about men in war in Vietnam, in the IDF killing the enemy was a cause for celebration.

A year later I was a paratrooper standing in the middle of a road in Nablus firing rubber bullets up at a rooftop from which Palestinian teens were throwing all manner of bottles, rocks and even kitchen appliances down at us. It was me and three buddies, standing there in the street firing. Burning tyres were blocking both sides of the road we were standing on but we didn’t care. We were loving the action. Before each shot I screamed “you sons of bitches!” I knew I wasn’t supposed to be enjoying it, I knew I was supposed to be petrified, that I was supposed to be doing this stuff with all my energy and at the same time hate that I was in the position.

But that’s just not how it was.

Clint Eastwood’s new Oscar tipped movie, American Sniper, has become something of a political football in the United States. It’s about the US military’s most successful sniper Chris Kyle. This is a man who came back from Iraq and told an unapologetic story that doesn’t conform to the narrative that we’re supposed to hear from returning soldiers. He said the following;

“There’s another question people ask a lot: ‘Did it bother you killing so many people in Iraq?’ I tell them, ‘No.’ … I loved what I did. … I’m not lying or exaggerating to say it was fun.”

The feeling after successfully arresting a suicide bomber or surviving being shot at is euphoria. But we’re not supposed to say that. We’re supposed to say that we hate it and that we’re doing something we hate for the love of our country. Lately Hollywood has told us that we do it for our friends, to keep them safe and that’s part of it. But there’s another reason, we also do it because we like it, because it consumes us from the inside out, because being a soldier becomes a part of your identity, of your sense of self. Being a soldier is like nothing else on earth. You do things for real that others simulate through playing computer games and watching movies.

The difference between Kyle’s story in his own words and the way it’s reflected on film shows us the extent to which soldiers are forced into little boxes of acceptability. We’re trained to kill, we’re sent into the most dangerous of situations and the public can handle that, but the only time a soldier’s allowed to smile is when he’s eating a doughnut for the Channukah photo op. Otherwise he’s supposed to hate every minute of his army service and stoically, heroically carry on anyway. For the love of country, for the love of his comrades. You’ll never be shown an image of the soldier wandering around after an operation with a huge grin on his face, happy at the joy of being alive and hi on the endorphins his brain is releasing.

If they should kill the enemy they get nothing but congratulations from their comrades, whose first words to them will be “Mazal tov”. Because when you’re a soldier killing the enemy isn’t just a good thing, it’s the best thing you can do. It’s what you’re trained to do and it’s what you’re good at. But Eastwood’s film has set off a storm of controversy specifically because he refused to tell the truth about how the real Kyle reacted. Instead Eastwood has conformed to the stereotype of the soul searching soldier, who feels pain at killing the enemy. In fact, like most soldiers Kyle’s struggles with the things he had seen and done in Iraq started when he made it back home.

What this film has done is expose the gap between the reality of soldiering and the expectations society has of its soldiers. Chris Kyle killed people because the United States wanted him to, but he also did it because he liked it, he took pleasure from it. He isn’t the only one, it’s natural to enjoy what you’re good at. Those same people tend to be the least comfortable with the euphemisms that public relations people use to cover up what the military does.

It’s time people stopped shoving soldiers into categories and telling them how they’re allowed to feel. Soldiers do the dirtiest work it’s possible to do for a society and shouldn’t be taken to task or attacked for the various ways in which they react to the things they do at the behest of their governments.

About the Author
Marc Goldberg is a copywriter and avid blogger, author of Beyond the Green Line the story of fighting through the al Aqsa Intifada in the IDF Paratroopers https://www.amazon.com/Beyond-Green-Line-volunteer-Intifada-ebook/dp/B075HBGS21/
Comments