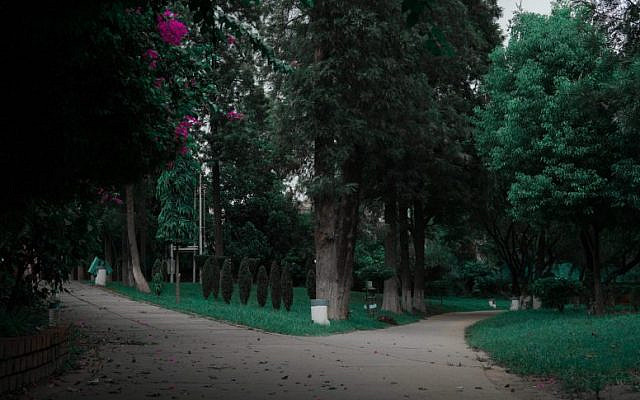 Is it sometimes not possible to do teshuvah?  Or at least, can it feel that way?

Many commentators have noted that initially it is not God who hardens Pharaoh’s heart in the Exodus story. It is Pharaoh himself: “When Pharaoh saw that there was respite, he hardened his heart, and listened not unto them” (Ex. 8:15). It is only later—once Pharaoh has, on his own, stood up to the terror of the plagues and strengthened and re-strengthened his resolve—that God then steps and does it for him. The text narrates: “And the Lord hardened the heart of Pharaoh, and he listened not unto them” (Ex. 9:12).

The explanation often given for this progression is that after so many plagues, Pharaoh’s willpower was beginning to falter. He was about to accede to the demands of Moshe and Aharon. To prevent this acquiescence from happening, and to make it possible to smite the Egyptians with all the ten plagues, God had to intervene and take over.

I imagine a different interpretation of these events. I think this chain of events has much more to do with what happens when we make bad choices.

The Gemara tells us that there are some people who “ein maspikim beyado la’asot teshuvah”—the opportunity is not given to do teshuvah (Mishnah Yoma 8:9). The phrasing is precise. It is not that these people cannot do teshuvah, or that their teshuvah won’t be accepted. Rather, it will often seem to them impossible to do so.

In another passage, the Talmud tells a story about Acher, the name given to Elisha ben Abuyah, a great sage and the teacher of Rabbi Meir. After a certain event, Acher became a heretic and left the faith. Rabbi Meir begged him to repent. Acher refused: “I have heard that in Heaven they have declared: ‘All my return, except for Acher’” (Hagigah 15a).

The point of these stories is not, I would contend, that God stands in the way of these people doing teshuvah. It is that they stand in their own way.

Sometimes we might make a bad decision. At that moment, we have an opportunity to try to get ourselves back on track, to regret, to repent, and to do better moving forward. But sometimes we go in the opposite direction. We say to ourselves: “I am not prepared to own up to that wrong thing that I did. The hurt that I caused. The guilt that I am feeling.” So instead we double down. We refuse to acknowledge that it was, in fact, a bad decision. We strengthen our resolve and fully commit to this course of action. In short, we harden our hearts.

Then, after a while, after having gone further down this road, remorse sets in. We start to regret the path that we have taken. We long to go back to who we were and to where we were. But now it is so much more difficult. There seems to be an enormous chasm that now separates us from our previous lives before this pattern of sin.

At this point, it stops being me who is hardening my heart. I want to go back. But God, the universe—everything!—is now making that impossible. For me, “The opportunity is not being given to do teshuvah.” I am not in that place anymore. “All may return”—except for me.

That is how it feels. Those are the voices that we hear. But it is not the full truth.

It doesn’t come easily, and it certainly doesn’t come quickly. Each step will be difficult, because with each step we are acknowledging how far we are from where we once were, how things that were once so easy are now so difficult.

To correct this old pattern, we must harden our hearts once again. We must commit to this new path, even while knowing that it might often be two steps forward and one step back. And we must be open to wherever this journey will take us. If we are trying to recapture the past, we are doomed to fail. We must know that we will never get back to where we were before. It will be a different place. Maybe better, maybe worse. It will reflect our growth and our resolve, our sins and errors, our struggles and the lessons we have learned. It will be a place that brings us back to ourselves.

It all begins by taking the first step.