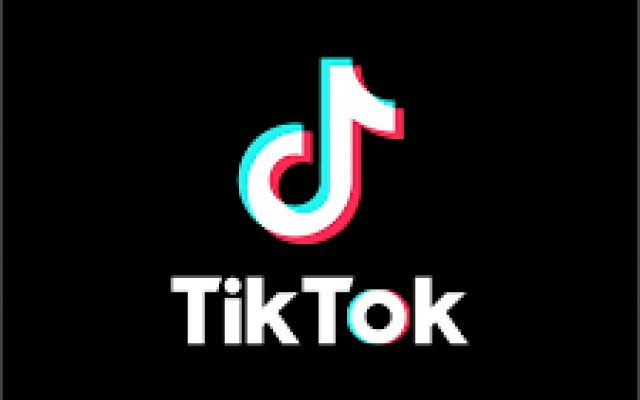 Kudos to The Jewish Link for featuring several fine articles on the challenges and dangers that smartphones and social media pose, and to the various Bergen County area schools and shuls for sponsoring the Living Connected tech initiative to address this important issue.

I think many adults like myself feel that they might be immune to the problems that online technology can create, and believe that this is an issue we mainly need to address for the youngsters in our community.

However, I have a personal story to share with you – and it may open your eyes to the fact that technology can be just as challenging to those in my age demographic as it is to teenagers.

I’ll get to the story shortly, but first a little bit of background…

I spend a fairly sizable amount of my time in front of a computer and smartphone. I do most of my reading online. And spend a lot of my professional working hours reading and answering emails, participating in Zoom calls, and researching websites.

As for social media, I am an avid user of Facebook. I utilize it to post my own columns that I write, and I engage in some interesting discussions about current events with others. I also use it as a marketing tool to promote events in our local Jewish community. I’ve reconnected with elementary and high school friends using Facebook. And I have made many new virtual friends through online discussions in which I have participated.

I often use Facebook to vet people I don’t know, by checking out whether we have common friends. And sometimes I am able to connect with new people I’ve never contacted via Facebook Messenger, which means I can get in touch with someone even without their email address or phone number. In short, I find that it’s a fabulous social media platform that addresses many of my needs. And it’s efficient and easy to use — I rarely spend more than 30-45 minutes a day on Facebook.

I don’t use Reddit, Pinterest, Instagram, SnapChat, or most of the other social media platforms. I don’t send out tweets. If I need to search for a how-to video or look up a song I want to hear, I might occasionally visit YouTube. And I’m a member of a couple of local WhatsApp groups. But that’s about it.

Recently, I bit the bullet, and decided to download TikTok, the current rage in social media circles. For those not familiar, TikTok is a short-form, video-sharing app that allows users to create and share 15-second videos, on any topic.

It is also highly addictive, as I recently found out.

A few weeks ago, while I was on my lunch break, I was checking my personal emails – and received an email from TikTok, encouraging me to enjoy some of the latest videos that were trending.

Why not, I thought, and I clicked on the link to get to the site.

More than an hour after I initially clicked on to the site, I realized that I was still swiping videos. I had completely lost track of time.

Part of TikTok’s addictive qualities relate to its enhanced artificial intelligence features, which are highly sophisticated and utilize users’ reactions to videos (in the form of likes, comments, and reshares) to decide which videos to present to users in the future. However, since I was a brand new user, that wasn’t the addictive quality.

Instead, it was the structure of the app itself. TikTok’s infinite scroll technology induces a flow-like state for users that is characterized by a high degree of focus and a distorted sense of time. Furthermore, the app interface itself is straightforward and user-friendly, with only a couple of buttons to navigate away from the screen.  Also, the videos are all short so you can’t get bored with any one video – there is always the next one you can watch, waiting to be loaded. Finally, when the videos play, they consume the entire screen, creating an immersive atmosphere. All of this contributes to the addictive nature of the program.

Have you ever played a slot machine? The “swipe down” feature in TikTok that is required to refresh one’s video perfectly parallels pulling down a slot machine lever, and the variable pattern of reward in the form of entertaining videos mimics the intermittent reward pattern of winning at the slots. No wonder TikTok is so addictive – the creators likely copied the concept from the most addicting entertainment game in the world, gambling.

After I finally looked at my watch, and realized how much time I had spent on TikTok, I felt cheated. But what felt even worse was that after scrolling through more than 200 videos, I probably remembered no more than two or three of them.  The videos were silly, inane, and sometimes inappropriate, with absolutely no redeeming social value, at least in my opinion. Despite this fact, I couldn’t take myself away from the screen for more than an hour. Something was very wrong with this picture.

So I’ve gone cold turkey. Right before Rosh haShana, I asked TikTok to remove my email from their data base. And I removed the TikTok app from my smartphone.

Don’t get my wrong. I’m sure that the app might have some redeeming qualities for those who follow a specific person who they like or someone who creates educational or entertaining videos. And it’s a potential marketing goldmine if you want to create a following for whatever you might be promoting. For me, though, it was a colossal waste of time. And it pointed to the addictive qualities of social media … and how easily a relatively sophisticated person like myself can get hooked.

My message? Don’t think that because you are my age, you can’t get sucked into social media. Use it … but use it wisely.

Now that I no longer have TikTok on my phone, I likely will be missing out on some trendy videos, such as the Miami Boys Choir video that went viral. (I finally saw it a week after everyone else, on a different platform.) But I’ll survive fine. After all, I managed pretty well for several decades without any social media.