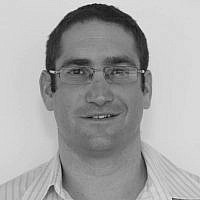 The Blogs
Dagan Bakun-Mazor
Apply for a Blog
Please note that the posts on The Blogs are contributed by third parties. The opinions, facts and any media content in them are presented solely by the authors, and neither The Times of Israel nor its partners assume any responsibility for them. Please contact us in case of abuse. In case of abuse,
Report this post. 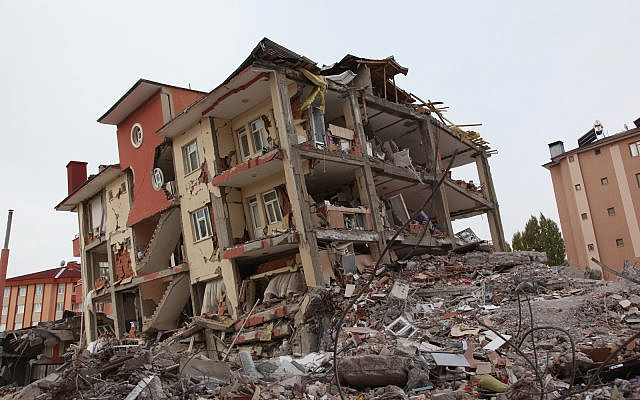 With all due respect to the coronavirus, the real earthquake still awaits us. The latest earthquake felt in Eilat reminds us that we live in a tectonically active area and must prepare appropriately for the next strong earthquake that will occur. And it will occur. It also serves as a wake-up call for decision-makers to invest greater resources in R&D in this field and to train the next generation of engineers.

We would like to be able to forecast earthquakes just like we forecast the weather. Similar to the alerts of wintry weather on its way to us tomorrow and the ability to predict the amount of rainfall and the temperature, we would like to know where an earthquake will occur, its strength, and of course when it will strike.

The good news is that we have answers to two of the three questions: scientists in the seismology field can map the areas in which an earthquake is expected to occur and can tell us what expected earthquake magnitude we should prepare for in every area.

However, for that third million-dollar question – when will the earthquake occur? — there is no reliable scientific answer. What do we know? We know how to estimate the average time span between earthquake occurrences, in other words to estimate how often an earthquake of a certain magnitude will occur. For example, in our area, a 6.0 – 6.5- magnitude earthquake is expected within an average interval period of 90 years. Based on this we can also calculate the probability that an earthquake will occur within a certain period of time and the severity of the damage that will be caused. What else do we know? That it will happen, and that you can’t stop the mechanism that generates earthquakes, which is why we must prepare in advance.

Studies have shown that proper preparedness significantly reduces human casualties and property damage. The severity of the damage will depend of course on the earthquake magnitude, but it will primarily depend on the quality of construction. In developed countries that are at the forefront of scientific knowledge and have strict building standards, the number of earthquake casualties is immeasurably lower than the casualties in similar earthquakes that occur in countries with poor construction quality. Thus, for example, more than 300,000 people were killed in the 7.0-magnitude earthquake that struck Haiti in 2010. A year later, in a 1000-fold stronger, 9.0-magnitude earthquake that hit Japan, about 20,000 people were killed, most of them as a result of the tsunami waves that flooded the coast in the Fukushima area.

The State of Israel invests significant resources in preparing for earthquakes. Starting in the mid-1990s an advanced standard was legislated for Earthquake Resistance of Structures. Furthermore, an interministerial steering committee has operated since 1999 to coordinate and oversee all entities responsible for earthquake preparedness in Israel. This committee acts to develop construction standards that will improve the resistance of structures, to expand geological knowledge about dangerous areas during an earthquake, to advance real-time warning systems and to address the preparedness of emergency and home front entities in the event of a strong earthquake.

However, in these fields, human resources and R&D are also exceedingly important. Greater resources must be invested in qualifying the next generation of engineers. Budgets must be allocated for unique study programs that train civil engineers to address the challenges of earthquakes, civil engineering with respect to new structures as well as structures and infrastructures built prior to the legislation of modern standards. Allocating budgets to higher education institutions will enable them to establish advanced R&D labs and infrastructures in the field, for example, large-scale physical experiments to test the resistance of structural elements and to develop methods for assessing the severity of damage to structures as a result of an earthquake. Establishing advanced research centers in institutions that already offer earthquake civil engineering study programs will allow for the training of a generation of better engineers and significantly reduce the damage caused by earthquakes.

About the Author
Dr. Dagan Bakun-Mazor is head of the civil engineering department at the Sami Shamoon College of Engineering.
Related Topics
Related Posts
Comments