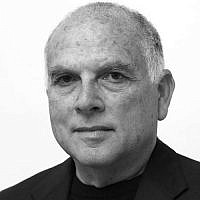 The Blogs
Avi Gil
Apply for a Blog
Advertisement
Please note that the posts on The Blogs are contributed by third parties. The opinions, facts and any media content in them are presented solely by the authors, and neither The Times of Israel nor its partners assume any responsibility for them. Please contact us in case of abuse. In case of abuse,
Report this post. 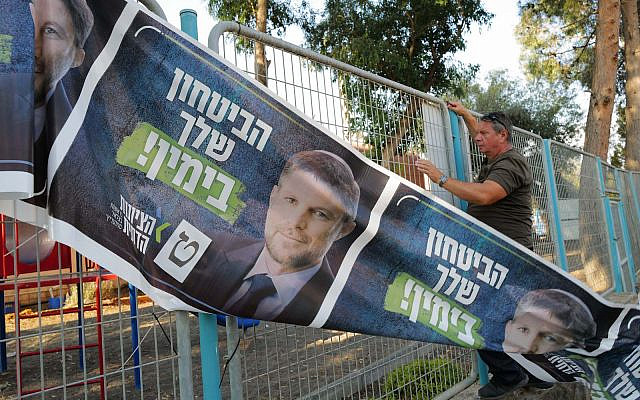 The discourse of Israeli politicians running for office in the recent election campaign demonstrated their view of the electorate as essentially a collection of “target audiences” that can only understand shallow, over-heated demagoguery without a shred of complexity or doubt.

The concept of “uncertainty” is not foreign to most politicians. In private, they mull over – and over – decisions that arouse doubt and compel some type of gamble. After all, there are always unknown data, surprises pop up and we don’t usually have the opportunity to truly compare the option we chose with the one we passed over. Despite this, the language politicians deploy in the public arena is always unequivocal and without any trace of doubt.

I raised this with Shimon Peres, who responded candidly: “I cannot be a public figure and spread doubt…A leader is a person who must turn every question mark into an exclamation point. No one will be convinced by question marks.”

And indeed, none of the politicians who recently vied for our votes conveyed any question marks in their campaigning and they did not speak to us about the significance of the uncertainty that accompanies the dilemmas facing Israel.

Sure, it’s possible that in a hundred years a serious historian will advance a convincing thesis claiming that Israel’s collapse was the result of its unrelenting grip on the territories. However, it is also possible that in a hundred years an equally serious historian will write an equally convincing thesis arguing that Israel collapsed because it gave up the territories.

Every nation needs determined individuals who aspire to positions that place the fate of their fellow citizens in their hands. Such decisions, heartrending as they may be, are necessary; someone must make them. The Israeli case is particularly striking because the dilemmas before us involve the prospect of tragic bloodshed: Iranian threats, Hezbollah’s missiles, Palestinian terrorism.

There are different ways of dealing with these threats and they are subject to debate, but each of them involves, in one way or another, uncertainty and risking human lives. And yet, during the election campaign, the politicians confidently declared that they, and certainly whoever heads their party, hold the one and only formula for resolving the dilemmas before us. Usually, they didn’t even bother to clarify the ingredients of these magic formulas.

Does the simplistic election discourse change when our elected leaders gather in the inner sanctums of government to discuss and debate fateful decisions?

As a young diplomat serving in Canada, I participated in a consultation with then-Minister David Levy who came to visit. I was expecting the heated and pompous discourse that had characterized Levy’s public appearances, but I was amazed to discover a smart, insightful, perceptive man. In the years that have passed, I have come to know up close the split personality of the Israeli politician and his ability to adapt to two distinct worlds of discourse.

To the public, he speaks in swaggering slogans and clichés, but in the rooms where fateful decisions are made, the discourse usually turns serious, responsible, and nuanced. Uncertainties and doubts reclaim their legitimacy. The participants are attentive to each other, their arguments are well-reasoned, and it is usually evident that they have done their homework.

Will the ministers of the new government be able to reboot when they come to decide on fateful issues? Will they allow themselves to hesitate, reveal doubts, change positions, see from there what they can’t see from here?

Not likely. We are at a point when the boundary between the two worlds of discourse is becoming increasingly blurred. The forums that were previously regarded as insulated, where frank discussions could be conducted, have been breached. The social network culture dominates the scene and the politician understands that his words will be leaked and used to embarrass him.

These developments push for the simplistic election discourse to seep into the rooms where matters of life and death are decided. Moreover, the primacy of the simplistic discourse creates a “natural selection” that filters politicians of depth out of the arena while raising the profile of politicians whose main strength is in campaign sloganeering and hollow clichés.

The next Israeli government is going to comprise too many for whom doubt is inconceivable and the willingness to put one’s asssumptions to the test is unheard of. Sadly, this is a proven recipe for calamity.

About the Author
Avi Gil is a senior fellow at the Jewish People Policy Institute and a former director-general of the Foreign Affairs Ministry. His new novel "Toronto Junction" was recently published by 2sfarim publishing.