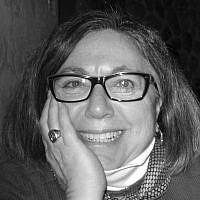 Dana Milbank had an essay in the Washington Post this past week. One line jumped off the screen, immediately burning itself into my mind:
As Jews, we know at some point the music stops,” Greenblatt said. “This is burned into the collective consciousness of every Jewish person.”

At some point, the music stops.
Are We, the Jewish People, back to musical counties? Who will take us? Who will bar our entry? Where will our children be safe? Will we be able to start all over again?

If we learned nothing else from Germany in the 1930s, we learned nice neighbors draw the drapes so they can say they didn’t know about the atrocities.

On 60 MINUTES last Sunday night, Scott Pelly of 60 minutes did a segment (beginning at minute 2:00) on the ballot and voting. It was enough to make me want to move abroad. Pelly opened with the following statement:

It’s the vote. It’s the vote that holds America together; belief that with a ballot voices are heard, disputes are addressed, and there’s always another chance. Countries without this belief, tend to be in bondage, or at war.

Watch it. It’s possibly the scariest thing you can see because it is all true.

Since they can no longer win elections by telling the truth, the GOP is using grass roots, lower level elections to spread the BIG lie… the one where Feckless Asshole won the last presidential election. Instead of having just the big offices out there, they are going after other state offices to move their agenda forward. This is absolutely the case in Minnesota, but we’re not alone. Just like Minnesota, election deniers are running for governor in 19 states,  attorney general in 10 states, and secretary of state in 12 states. Pelly goes on to point out that although no fraud that would have changed the outcome of the election has ever been found, getting an endorsement from Feckless is dependent on a candidate’s ability to spread doubt.

So, how does this dovetail into the upswing of antisemitism?

It’s all about spreading doubt. Plant the seed, water it with rhetoric, then sit back to watch it sprout. That said, it’s not as direct or obvious as one might think. Follow my thought train for a moment.

As the Big Lie dominates the airwaves in the form of political ads for election denier candidates, we become inured to the rhetoric. As tired as We, the People, are of the lies, we’ve stopped calling them out. At the same time, slurs and hate speech on social media platforms have expanded exponentially according to a variety of sources, including LeBron James on Twitter:

I dont know Elon Musk and, tbh, I could care less who owns twitter. But I will say that if this is true, I hope he and his people take this very seriously because this is scary AF. So many damn unfit people saying hate speech is free speech.

Over the last 48 hours, we’ve seen a small number of accounts post a ton of Tweets that include slurs and other derogatory terms. To give you a sense of scale: More than 50,000 Tweets repeatedly using a particular slur came from just 300 accounts.

Doesn’t matter; the damage is done.

The electronic banner reading Kanye is right about the jews that scrolled across TIAA Bank Field at the end of the University of Florida v. Georgia football game was not, according to an email released by Jacksonville’s sheriff’s office, a hate crime.

At this time, the Sheriff’s Office has not identified any crimes having been committed; the comments displayed do not include any type of threat and are protected by the First Amendment. We will continue to monitor any reports of this nature to determine if they rise to level of a criminal nature.

I tend to be a free-speech advocate, but I’m not certain, considering the context, that this is not a dog-whistle threat. The FBI and other agencies are looking into it, but what does the sheriff’s office imply with that statement? I’m just not sure.

On Friday, Banners appeared over Florida interstates reading “End Jewish Supremacy in America“ and “Honk if you know it’s the Jews.”

This is not isolated; these banners are not unlike the ones hanging in Los Angeles last week. The upswing in incidents indicates this is a growing trend. The real question, the one that addresses how to stop it, has yet to be answered.

German Jews believed they were safe in liberal, intellectual Germany. They were not. When the music stopped there, too many Jews waited for it to start up again. The scene was repeated in a domino chain of countries, even the US. We, the People, rounded up those of Japanese ancestry and origin at the same time we were turning away Jewish refugees. Ergo, this isn’t exactly an aberration.

A week away from elections in the US, Jews across America stand watching the lies, the innuendos, the not-exactly-veiled threats streaming across American media as either dog whistles or as news reports. Painfully few Republican legislators have denounced the rise of antisemitism with little more than lip service for a sound bite. Their silence, like all those good neighbors behind the drapes, is tacit approval.

Sitting in a sukkah with friends, I was thinking of happier times when we would sit around a table in someone’s sukkah and argue about Ushpizin. Who would we invite? Who would we omit? But I also remember a more somber one when we talked about where we would go when the curtain fell on free America.

I prefer the image of the music stopping better than the curtain falling. I think America will go on in some new, unimaginable iteration, but most of the music we know will have stopped, censored by the new political reality. And once that music stops, we are gone. We will not have a home in places like that. It has always been that way and won’t stop now. We will figure out where to go next.

For the record, I don’t think there’s a Jew in America who has not had this conversation with someone. And now, on the eve of Netanyahu returning to power, there is not guarantee it can or will be Israel.

How sad is that?

About the Author
New York born, but living in Minnesota, S. J. Schwaidelson is a political blogger and novelist. Her own blog, The Wifely Person Speaks, appears weekly and is followed world-wide. Information about her novels, THE POMEGRANATE, DREAM DANCER and LINGUA GALACTICA, can all be found on Goodreads and at Amazon.
Related Topics
Related Posts