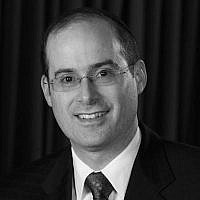 The Blogs
Yaakov Kermaier
Apply for a Blog
Please note that the posts on The Blogs are contributed by third parties. The opinions, facts and any media content in them are presented solely by the authors, and neither The Times of Israel nor its partners assume any responsibility for them. Please contact us in case of abuse. In case of abuse,
Report this post. 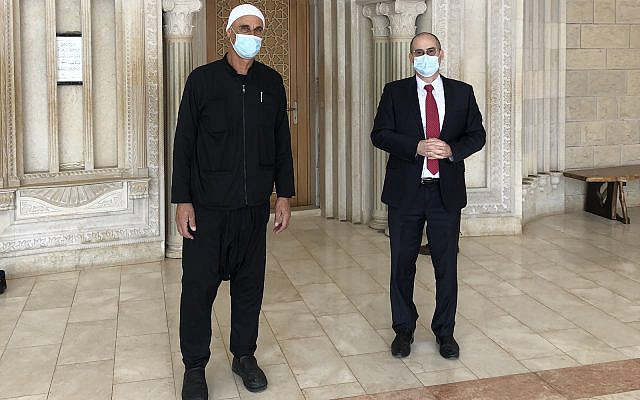 These are tense times for Druze spiritual leader, Sheikh Mowafaq Tarif. His 120,000-strong Northern Israel community has been disproportionately afflicted by COVID-19 and yet slow to sign up for vaccination. The Sheikh has canceled Druze holiday celebrations to stem the spread of the disease and called for full compliance with Israel’s strict lockdown. His people are suffering, and he feels their pain. This past Thursday, though, I brought the Sheikh a message that made him smile.

First, some background. This past Shabbat, Jewish communities around the world read the Torah portion of Yitro (Jethro), which describes the invaluable leadership lessons that Jethro gives over to his son in law, Moses. Druze revere Jethro as their founding prophet, whose majestic mountaintop burial tomb near Tiberias is their holiest site. Each year, since I made Aliyah five years ago and founded the Yakir organization, Shabbat Yitro has been observed in Jerusalem and Tel Aviv as a celebration of the unique relationship of the Jews and the Druze, indigenous Arabs whose sons proudly serve in the Israel Defence Forces (IDF) and Israel Police Force.

Each year, Druze citizens in private buses and individual cars head south for a special Shabbat morning memorial service for fallen Druze heroes at Jerusalem’s Great Synagogue, for local community celebrations and to be hosted for Shabbat meals by Israeli Jews in their homes. The entire class of the Druze pre-military academy participates as well. This year, with plans in place to expand the “Jews-Druze Shabbat” to include additional cities across Israel, COVID-19 forced Yakir to cancel all public observances. Instead, the Sheikh agreed to my modest proposal that I join him at Nabi Shu’ayb (Jethro’s Tomb) prior to Shabbat so that together we could pray for victory over this virus and a return to routine. 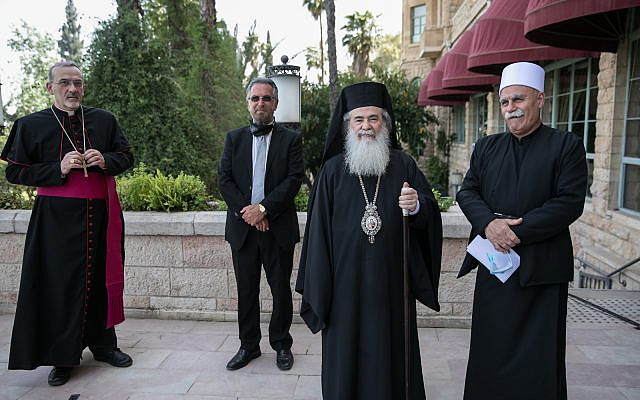 Sheikh Mowafaq Tarif on right, at a joint prayer session, April 22, 2020, of religious leaders of all faiths who prayed in Jerusalem for an end to the coronavirus pandemic. Also shown, Latin Patriarch His Excellency Archbishop Pierbattista Pizzaballa (left) and Greek Orthodox Patriarch of Jerusalem His Beatitude Theophilos III (second from right). (Olivier Fitoussi/Flash90)

The corona-era Nabi Shu’ayb compound was uncharacteristically quiet when I arrived on Thursday at noon. The new operations director, Sheikh Ali Salaman – a master stonemason who designed the exquisite compound decades ago, and a few of his colleagues greeted me. Facemasks covered their mouths, their noses, and even their signature bushy mustaches. Within minutes, Druze spiritual leader Sheikh Tarif arrived. It was exciting; I hadn’t seen my distinguished friend since before the pandemic began. We sat a few meters apart from one another, lowering our masks to sip some black, aromatic Druze coffee. After exchanging pleasantries, I declared, “Sheikh, I now have proof that your people are, indeed, the spiritual heirs of Jethro.”

In the Torah, when Moses fled Egypt for Midian, he chanced upon the daughters of Jethro by the local well. When the young women returned home and told their father about an “Egyptian” gentleman who defended them from menacing herdsmen, Jethro was scandalized. “V’ayo?!”- “Where is he?!” Jethro asked. “Why did you abandon him?!” It was unconscionable to Jethro that a stranger was left alone by the roadside to fend for himself. Moses was immediately brought to Jethro’s home and welcomed into the family. Warm, embracing hospitality rooted in heartfelt concern for those in need – this was a defining element of Jethro’s personality, and it remains an important part of his spiritual legacy.

Just the night before, I told the Sheikh, my IDF paratrooper son, Binyamin, witnessed the ancient spirit of Jethro come alive in his modern followers. Binyamin was sent on an errand from his army base near the Lebanese border to an IDF facility near Jerusalem, and he would then spend the night at home. To make the trip, he would need to catch three buses with tight connection times. Unfortunately, the second bus left before he arrived on the first, and Binyamin found himself on the side of a Northern Israeli road, at night, alone, and unsure if the neighboring towns were friendly to those in uniform. He called to update me on his situation and mentioned that according to Google Maps the village of Beit Jann was minutes away. Voila!

Beit Jann is a Druze village, and I have friends who live there. I quickly placed a call to Colonel Nazye Dabur, a decorated IDF officer twice-awarded Israel’s Medal of Valor, and his response was Jethro’s – “Where is he?!” Twenty minutes later, Nazye pulled up alongside Binyamin; another five minutes passed before Nazye’s son, Tawfiq, arrived in his own car. They welcomed Binyamin to the neighborhood, offered him food and drink, and then insisted that Binyamin borrow one of their cars and drive to Jerusalem. Stunned by the generosity and uncomfortable driving a car for which he was not insured, Binyamin initially declined. Nazye called his insurance agent, arranged coverage for Binyamin, and told Binyamin that it was their honor to help him travel home in comfort and safety. Binyamin accepted their extraordinarily kind offer and set off for Jerusalem. I concluded: “So there you have it, Sheikh; the spirit of biblical Jethro lives in the members of your community.” The corona-weary religious leader seemed content – and he smiled. Then we prayed.

On Friday, I called many of the Druze families that have participated in Shabbat Yitro celebrations in years past. Some of the families that lost loved ones in the line of duty or in terror attacks asked if we could say a memorial prayer on Shabbat Yitro this year too. A hastily arranged Shabbat morning service of exactly ten people – per the government’s COVID-19 restriction on large gatherings – met in my front yard. After the Torah reading, we prayed for the souls of martyred Druze heroes, including: Zidan Seif, the brave police officer who was killed while fighting the terrorists of the Har Nof Synagogue massacre of 2014; Haiel Sitawe and Camil Shinan, who were murdered by terrorists in 2017 while standing guard on Temple Mount; and Sergeant “M,” a special forces soldier who was killed in 2018 during an undercover anti-terror mission in Gaza (for sensitive security reasons, we still cannot reveal his identity).

Throughout our long history, the Jewish People has encountered precious few nations that have accepted us and let us live in peace. The Druze not only accept us, they are willing to fight and die alongside us in defending the Jewish State. The Torah tells us that after the Exodus, Jethro briefly rejoined Moses and reunited the latter with his wife and children, and then Jethro returned to Midian. The modern-day reunion of Moses’ and Jethro’s spiritual heirs is a wondrous chapter in the miraculous, still-unfolding story of the Jewish People’s return to Zion.

About the Author
Yaakov Kermaier is the founder of Yakir: Diversity, Unity, Community (www.yakir.org), Rabbi Emeritus of Manhattan's Fifth Avenue Synagogue and past President of the New York Board of Rabbis. Since making aliyah in 2015, Rabbi Kermaier has lived with his family in Jerusalem. For a taste of Yakir's trailblazing work with Israel's loyal minority communities, please go to: https://youtu.be/sM2EdmlZ2qM
Related Topics
Related Posts
Comments