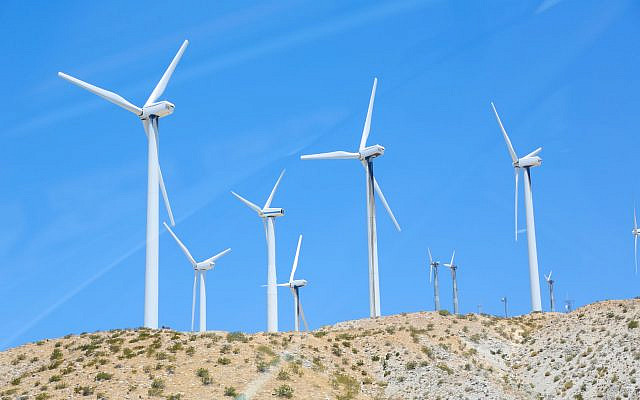 A Wind Farm (Courtesy Talal Hakim Free to Use from pexels.com)

For my many readers who have never heard of the United Kingdom, it is a small and insignificant country, with less than 70 million inhabitants, stuck somewhere in the North Sea.

It has recently made the news with the somewhat bizarre declaration that the sale of new petrol and diesel cars is to end within a decade. This heavy blow to British motorists was not well received by car manufacturers who claimed that this would turn drivers into “pariahs” and would be a death sentence for their cars.

The UK’s government is hoping that drivers will happily switch to electric vehicles, regardless of their many problems and doubtful ability to make any impact on the so-called “climate change”. In addition, current pricing would mean that only the very wealthy would be able to afford them, the very antithesis of the Volkswagen. We could call it the Richwagen. And new research has shown that electric cars might pollute much more than petrol or diesel-powered cars – the electricity has to come from somewhere. Even today, the UK is not generating enough electricity for its needs, where would it find the enormous increase to power electric cars?

A possible source of electricity to charge your car’s battery is wind power. But, wind farms, with their many drawbacks, are beginning to have a negative impact on the countryside. Often located in areas of natural beauty, they spoil the view and generate much noise. And as the lullaby tells us, “When the wind blows, the cradle will rock”. But when the wind stops, so will the cradle and the turbines.

Why a small handful of the world’s 7,800,000,000 people believe they can make a difference to the world’s ever-changing climate is not clear. The People’s Republic of China alone has some 1,439,323,776 people, and by the time you read this figure, it will be well out of date.

China has the largest fleet of motor vehicles in the world, with some 270 million cars and growing daily as the Chinese discover capitalism. Compare this with the 38.4 million licensed vehicles in Great Britain. For readers without a handy calculator, that’s 20 times the number of people but only 7 times the number of cars. They will not let anybody stop them from catching up.

Meanwhile, the UK government sees no contradiction in trying to attract investment into the North Sea and increase the production of its oil. The industry employs over 250,000 people and provides a large proportion of the UK’s oil and gas requirements. Not easy to give this up.

COVID-19 has thrown a spanner in the works. The virus has caused a collapse in demand for petrol and aviation fuel both in the UK and around the world. You might think that this would delight the UK’s green-seeking government. Not a bit of it – the oil companies and the government alike are all suffering from the dramatic falls in revenue.

So, for the time being, I am happy to let wind power generate the electricity to charge my electric toothbrush. But my car is going to get its usual tank of good old petrol (or gas for readers in the USA).