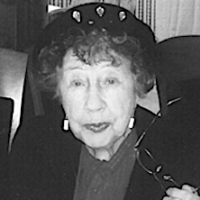 The Blogs
Malka Hillel-Schulewitz
Apply for a Blog
Advertisement
Please note that the posts on The Blogs are contributed by third parties. The opinions, facts and any media content in them are presented solely by the authors, and neither The Times of Israel nor its partners assume any responsibility for them. Please contact us in case of abuse. In case of abuse,
Report this post. 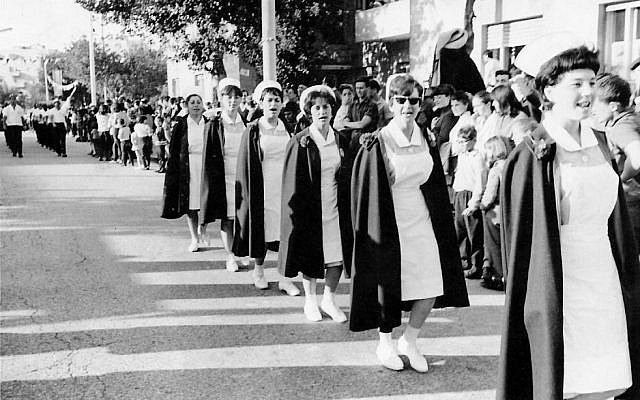 In the open field that faces my house in Jerusalem’s Vale of Rehavia, small white stones are neatly arranged to form different Hebrew words. In one place they read MISHMAR HA’NASI (President’s Guard); in another, CHAIL HA’YAM (The Navy). Looking over the balcony this mid-June, it seems amazing that the stones should still be there after such a long, long time. A generation must surely have passed – or so it seems now – since that breezy spring day soon after Pesach, 1967 when representatives of the Armed Forces of Israel set up camp here in advance of our 19th, Independence Day celebrations. When the tents were pitched for as far as the eye could see, the stones laid out and the Israel flags flying together with ZAHAL’s motley coloured standards which lent a festive, almost fairground touch to the scene, I could sometimes leave a daily chore and let my imagination wander: perhaps the Army of King David, who laid the foundations of the Nation thousands of years ago, had pitched tents in this same spot. If only these very stones could talk, what tales could they tell….

Watching the scene then, my mind would roam through the pages of ancient Jewish history, little realizing that all of us – the observers and, most particularly those soldiers of modern Israel – were about to create another glorious chapter in our people’s history.

Now that the pages have turned so fast, the words formed in stone beyond my window seem to belong to an earlier, quieter age; to a previous chapter written long ago….

When did it all begin, I ask myself in an effort to get time in perspective again? Perhaps one should start on the day – could it be only three weeks ago? – when Nasser, armed to the teeth, guns pointing towards us, closed the Straits of Tiran to our shipping. We already knew that one “ great” power was ready to throw us to the wolves for the influence in the Mid-East that it has been hankering after since the days of the Tzars. Meanwhile, the main democratic powers, sitting firmly on the fence of a dubious neutrality, made it daily more obvious that we would stand alone. The world, it seemed, had learned nothing from its recent bloodbath. With heavy heart, one posed the unanswered question: how many times does a small, battered nation have to fight for its right to live?

The phone in the offices of Hadassah’s Information Services at the Medical Centre rang again and again:

The offers became so frequent that, by Sunday Mny 28th, YA’AL – our Women’s Hospital Auxiliary – so efficiently versed in the arts of organizing volunteers – took over. Their offices became the busy center for registration and drafting of the dozens, who became the hundreds, that were “ready to do anything to help”.

The lovely hall of the Kennedy Building, recently dedicated for the use of tourists, was taken over by dedicated volunteers. Around long tables, presided over by a veteran YA-AL worker, they sat cutting dressing or rolling bandages.

Most of them were girl students from the Hebrew University, many of them Americans, who could have opted to return to the more relaxed climate of their hometowns. The young people seemed happy enough about their choice: their voices raised in song echoed gaily through the corridor. They stopped only when someone put a transistor to hear the hourly news bulletin which told not only of Arab enmity and Russian intransigence, but of the people in Israel uniting in effort from Metulla to Eilat, and of a remarkable Jewish solidarity throughout the free world.

We were not alone!

“I believe in the Bible, and it is written there that the Land of Israel is destined for the Jews, and I’m on God’s side,” said archaeologist Robert S. Allen of the Western Baptists College in EL Cerrito, California. That is how he explained his decision to remain in Israel to help, never stopping the hard work he was doing clearing out one of the Hospital storerooms for emergency supplies.

“I believe in the Bible and it is written there that the Land of Israel is destined for the Jews, and I’m on God’s side,” said archaeologist Robert S. Allen of the Western Baptists College in EL Cerrito, California, explaining his remaining in Israel to help without for a moment stopping the hard work he was doing clearing out one of the Hospital storerooms for emergency supplies. That very morning, the headmistress of the Anglican International School in Jerusalem had phoned to say that the school would probably have to close, and if Hadassah could use her services and those of her teaching staff, none of them would return to England.

No, we were not alone…

On Sunday, June 4th, an army film team arrived to take TV footage of Hadassah’s preparations. After consulting with Dr. Karpas, who tirelessly headed a special emergency committee, I took the team around. It was difficult to believe one’s eyes: two floors below ground, yesterday’s laboratories had been turned into four fully-equipped operating theatres, and shower rooms were converted into stores for sterile supplies. The Chief Operating Room Nurse was busy explaining the contents of shelves to her team of nurses, while orderlies put the finishing touches to this part of the master plan, worked out long ago by Hadassah’s medical and administrative staff. Next door, a recovery room was ready and, across the way, volunteer students from the Brandeis Vocational Centre were helping Supplies Department personnel finalise the clearing of a big storeroom for its conversion into an emergency reception room. It seemed remarkable. A veritable hospital had sprung up below ground! One could but stare in admiration at so much that had been done so quietly – while offering a silent prayer that none of it would be needed.

Outside, the film team caught Dov Ben-Dor, architect of the Kennedy Building working away at the removal of the Chagall windows. “it seems like yesterday that we put them up,” I remarked to the officer from the Army Spokesman’s office, as with heavy heart, we watched Mr. Ben-Dor’s patient efforts being filmed. We did not know then that he would doggedly continue during most of the next day’s firing, so that only very mild damage was done to the three remaining windows by the shell that fell nearby.

“The Egyptians have started the war, you know,” said my neighbour on the morning of the 5th, June. Her voice was matter-of-fact, as though pronouncing the inevitable, as she handed over some groceries purchased for me as part of the “help Your Neighbour” service that had automatically gone into operation when home deliveries and most public transport had come to a stop. In our own housing project, most of whose residents are veterans from the Western countries, shelters had been made ready, first-aid classes held and dressing prepared – each person quietly going about his own job without fuss or panic, as everyone was doing all over the country. It seemed like the “stiff upper lip” attitude of which my native Britain had been famous during the “Blitz” of World War II. However, Britain’s was a homogeneous population, disciplined over centuries.

And ours? Survivors of Europe’s concentration camps and refugees exiled from Arab countries who had managed to bring up a generation of sturdy “Sabras”, many of whom were now fearlessly manning the guns on our borders. These and perhaps a hundred other groups made up the Jewish population of Israel in 1967 – fragments that had become welded into one whole, united People of Israel. Not only were we not alone, but there was also a tremendous strength in the people here. It was like some great, resource which, my instinct told me, was only beginning to be tapped.

As I walked down the road on my way to the Medical Centre, I felt the sense of relief that comes when a storm breaks on a heavy day. How timeless the Hills of Judea looked in their grandeur! I would have to be a poet to convey the forcefulness of that moment, but I am just another citizen of a nation that seemed to be on the threshold of re-affirming its eternity. Clearly, WE WERE NOT ALONE.

Up at Hadassah, the big courtyard was strewn with sand, hundreds of bags of which were already blocking entrances and windows, creating a mid-morning twilight in the passages. There was the usual atmosphere of bustle without fuss. Occasionally, small groups could be seen huddled over transistors, listening to the latest news from the Southern battlefields. Then, rather suddenly, it was on our own doorstep. I was on one of the lower floors when it happened, and I heard no siren. I just felt the movement of people: staff coming from the Kennedy and Administration buildings in one direction, while the stairway doors were held open for the stream of patients brought down from the hospital. Beds were ready in the Medical School wing for those that needed them. Others assisted by medical personnel, were led to the chairs and benches in the corridors. Everyone remained quite calm, exchanging glances that held a question mark when the thuds became clearer – and closer.

Mazal Tov! In the passage leading to Maternity, a Brith Milah took place. To the sound of Jordanian shells raining down on the vicinity from Nebi Samuel, and the good wishes of Hadassah staff members who replaced the invited guests, a tiny screaming bundle became a son of the Jewish people.

INFORMATION FOR THE ARMY SPOKESMAN:

Three shells fell in the Medical Centre grounds (although this is clearly a hospital area). Damage not serious. Nobody hurt.

In a special room with thick, bare walls, Professor Mann held counsel with his chiefs of staff in his usual, calm, masterly way. Together, they planned the despatch of civilian patients who could be taken home, and coordinated the round-the-clock work of the medical, and certain of the essential administrative staff. (Meanwhile, up above, Israeli planes were diving out of a clear blue sky to bomb Nebi Samuel, later taken by our troops).

There was no more counting or reporting the number of wounded ‘till after the ceasefire. They arrived – by helicopter and by ambulance from the Jerusalem battlefield. Hadassah staff was waiting to transfer them immediately to the two main entrance halls, which had become additional emergency reception rooms.

Doctors and nurses spoke about the discipline of the soldiers and about how the lightly wounded refused care until their more seriously injured colleagues had been given treatment. And when the soldiers had recovered enough, they told how the Hadassah staff had worked without stop to help them:

”I can’t understand how they don’t get tired,” a smiling, bandaged kibbutznik remarked to a visiting reporter.

Hadassah had, in fact, become a highly efficient military hospital, its personnel filled with a devotion and compassion that would add further lustre to the name of this Medical Organisation. Its contribution has earned Hadassah a place in the books that will tell of this most remarkable chapter in the history of a remarkable people.

About the Author
Malka Hillel-Schulewitz was press officer of Hadassah Medical Center's medical and educational services at the time of the Six Day War.
Related Topics
Related Posts
Comments