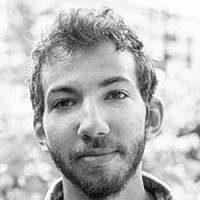 The Blogs
Adam Eisler
Apply for a Blog
Please note that the posts on The Blogs are contributed by third parties. The opinions, facts and any media content in them are presented solely by the authors, and neither The Times of Israel nor its partners assume any responsibility for them. Please contact us in case of abuse. In case of abuse,
Report this post.

May was a special month for Israel supporters: Israel’s Independence, the Israel Day parade, Israel Walks — it’s a time for unity regardless of one’s place on the political spectrum. The unity at the center of these events, however, eludes some. Instead, they use this time to compel others to conform to their understanding of Israel. Unfortunately, this year is no exception. Many right-wing groups have chosen to use this time to exploit community events celebrating Israel by turning them into opportunities for browbeating, exclusion, and ignorance.

A couple of weeks ago the Zionist Organization of America appealed to the American Zionist Movement to have Partners for Progressive Israel removed from the umbrella group. Alas, this is not the first time the ZOA has waged a campaign against PPI. Recently, the World Zionist Organization’s Supreme Court rejected a ZOA appeal to expel us from the elections to that important body. That campaign failed so a new one must be mustered. Apparently, wasting the time and resources of the WZO and the AZM is part of the ZOA’s raison d’etre.

Thus a hackneyed campaign is waged with equally hackneyed shibboleths. The ZOA claims that PPI’s call for the selective boycott of settlement goods is “discriminatory” (read anti-Semitic).

Advocates of this argument erroneously place settlement boycotts within the larger history of anti-Jewish boycotts and carelessly blur the distinction between one’s actions and one’s identity. Such paranoiac logic was so memorably lampooned by Uncle Leo in the sitcom Seinfeld: “Look at this! I told them medium rare! It’s medium! I bet that cook is an anti-Semite!” We could easily turn the ZOA’s “Uncle Leoism” around and say that by calling for our ouster from the AZM, they are engaging in the very act they condemn. But we won’t. Such a gesture would only further cheapen the indignities and horrors suffered by genuine victims of anti-Semitism. We’d rather reserve the charge for real, not imagined, anti-Semites.

Still, belittling locutions and tropes persist. Another that demands attention is the difference between the BDS Movement and the support of selective boycotts, divestments, and sanctions. This misunderstanding is rampant as a means to use the controversy of the former to tarnish the legitimacy of the latter. To be clear: the BDS Movement is a broad campaign initiated by Palestinian civil society in 2005. Its three tenets are an end to Israeli occupation of all Arab lands, promoting the Right of Return, and calling for equal rights for all Arab citizens of Israel.

On the other hand, selective boycotts, divestments, and sanctions has a particular American history in the civil rights era, the labor movement, and the campaign that targeted American companies complicit in South African apartheid. Thus, when Temple Shir Shalom in Detroit, Michigan decided to reject Americans for Peace Now and Partners for Progressive Israel’s request to participate in a May 17th March for Israel, it was on the grounds that our organizations advocate selective boycotts and are therefore part of the BDS Movement.

Lastly, the ZOA’s accusations against PPI are part of a larger effort to monopolize the meaning and application of Zionism. Keeping with its narrow and factious worldview, the ZOA reduces Zionism to a single principle: praising Israel at all costs. Well, we are Zionists and some of us are citizens of Israel. For me, Zionism means supporting the existence of a Jewish nation state. It doesn’t mean wearing IDF shirts, waving Israeli flags, or singing paeans to the Israeli government’s policies. And Zionism certainly doesn’t mean silencing other Zionists. Polities ascribing to democratic values do not write their nation’s blank checks.

Thus, when the ZOA petitions the World Zionist Organization to have delegates from the Hatikvah slate expelled or campaigns to have progressive Zionist groups excluded from NYC’s annual Israel Day Parade, they are, yet again, sending a clear message to the scores of young Zionists who support these organizations: if you are not unquestionably with us then you are against us. Such friend-enemy distinctions should have no place in our wider community, and these misconceptions are alienating young generations of American Jews.

About the Author
Adam Eisler is the Director of Operations and Outreach at Partners for Progressive Israel.
Comments