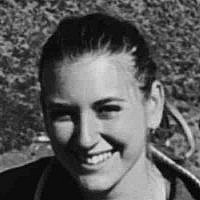 The Blogs
Isabel Wolfson
Apply for a Blog
Please note that the posts on The Blogs are contributed by third parties. The opinions, facts and any media content in them are presented solely by the authors, and neither The Times of Israel nor its partners assume any responsibility for them. Please contact us in case of abuse. In case of abuse,
Report this post.

These past weeks have seen an unprecedented number of attacks against Jews throughout the diaspora. Between May 7th and 14th, over 17,000 tweets circulated using variations of the phrase “Hitler was right.” The ADL reported that, in the week following the beginning of the newly escalating conflict, they received 193 reports of antisemitic incidents–up from 131 the week prior (see HERE). These reports, however, only scrape the surface of the incessant antisemitic misinformation and fake news that has spread in the wake of recent fighting between Hamas and Israel.

One of the first publicized victims of Jew Hatred in the US, as a result of the rising tensions in the Middle East, is a student named Roni Saponar. Right as the war was escalating, on May 7th, Roni, an Israeli teenager studying at the University of New Mexico, was violently attacked and beaten. I reached out to Roni over Facebook to offer comfort and to ask if he would be interested in telling me more about what happened. He emphatically responded and was eager to speak with me.

His night began in the same way many freshmen in college begin their Friday evenings—hanging out with friends and dancing at a party. Roni was wearing a shirt which read “Just Jew It” slogan, which he proudly used as a conversation starter to discuss his Israeli background. Never did he imagine that a simple outfit would land him in the hospital later that night. Four to six men did not find the shirt a funny conversation starter, nor that Roni is an Israeli Jew. While Roni was walking to the bathroom, the group attacked him from behind. “They were aiming for my face,” Roni recalls, “I pretty much blacked out. I wasn’t able to remember anything up to that point, until I was outside barefoot, just kind of bleeding all over.

Roni’s family came to the United States, partially, to escape the violence and uncertainty that comes with living in Israel. Yet, despite all that he endured, he remains steadfast in the importance of not being afraid to embrace our Jewish identities: “Be proud of it—even in a public manner. You should be proud because you never know who you’re going to meet. The more you show them that you’re proud of it, the stronger we get as a nation and as a people.”

We must stop allowing a complicated and distant geo-political conflict—one many Americans know little to nothing about—as an excuse for Jew hatred. Roni’s three best friends are all Muslim, each of whom have very different backgrounds. He says, “A lot of them disagree with what’s happening in Israel. But the matter of fact is that we’re still friends. We argue about it all the time, but we’re still friends and love each other. We’d be there for each other no matter what.” Allowing Jew hatred to persist at this rate across the diaspora will not solve the Israeli-Palestinian conflict. If anything, it only further emphasizes the importance of the Jewish state.

Roni shows us that regardless of the antisemitism we experience as a nation, we still must persist and be proud of our Judaism, and work together to #EndJewHatred.

About the Author
Isabel is a graduating senior at the University of Chicago studying Public Policy and Sociology with minors in history and Jewish studies. She spent this past quarter as an intern for End Jew Hatred, where she conducted various research projects and outreach programs. After graduating, she will work at a litigation firm in Chicago as an analyst.
Related Topics
Related Posts
Comments