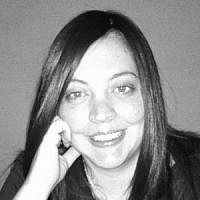 This past Shabbat afternoon, before the brunt of the heatwave that has taken the Middle East captive, we walked the streets of Jerusalem. I don’t remember seeing the roads so empty, and I half expected to see tumbleweeds blow down Derech Hevron. We got to the corner of Derech Beit Lechem and Rivka Street, when my daughters started complaining about the heat. Truth be told, the sweat was starting to stream down my shirt, and I mentally chided myself for not bringing a change of clothing for the 10 block trek to my parents house.

As we continued down the block, past rows of apartment buildings, we couldn’t help but notice that all the benches on the block were occupied by elderly people. Next to one bench was an elderly woman in a wheelchair, partially shaded by the anemic leaves of a tree. Her full-time helper sat fanning her with a napkin, while her parched mouth opened and closed. No words were coming out, but she appeared to be suffering.

On the next bench sat an elderly religious couple, their faces red and sweaty, bottles of warm water half empty in their hands. We wished them a Shabbat Shalom and they smiled through thin lips, hands shaking, barely shaded from the oppressive summer sun.

It was almost 5:00 p.m. and there was no cool breeze, no relief from the heat.

I commented to my Israeli husband that these people should be in a cooling center. He didn’t know what that was, and so I explained how New York handles heatwaves.

Growing up in New York, a summer heatwave did not go by without the mayor opening up cooling centers throughout the city. In strategic locations across the state, schools and other centers were opened to shelter the homeless and elderly, and other people in need. These centers provided shelter, medical care and water, and remained opened and operational throughout the duration of heatwaves.

Where are these cooling centers in Jerusalem? Do any exist in Israel? I have never heard any news announcements about locations where homeless, elderly, and other people in need can seek shelter during inclement weather.

I’m not naive about the work that needs to go into the creation of cooling centers, but I am certain that this is a need Jerusalem — and every city in Israel — should address. A committee needs to be created to evaluate and plan for cooling centers: from identifying locations, to setting up security and medical personnel. Sleeping cots, water deliveries, and other necessities involved in running cooling centers need to be arranged and managed.

In the interim, as we endure at least five more forecasted days of extreme heat, local schools with air conditioning should be opened and staffed by city officials and staffers. The mayor of each city needs to address this, before more people fall ill — and potential die — from this heatwave. And news outlets should be broadcasting locations where homeless, the elderly, and people in need can go to get some relief and medical attention.

Yesterday, as my husband and I drove down Derech Beit Lechem, past the row of apartment buildings where the benches were occupied by elderly couples just a day earlier, we saw a Magen David Adom ambulance. The back was open, the gurney gone, the paramedics tending to someone in the apartments. We both looked at each other in despair, and said a quick prayer that no one was seriously hurt.

Let’s hope the cities in Israel will heed this call for cooling centers, and bring relief to those in need.