New York Fashion Week Autumn/Winter 2020 fashion week has made headlines for what and who was not here. Tom Ford showed in Los Angeles, and many of his loyal celebrity followers and models stayed on the west coast with him. Jeremy Scott canceled his show.

And my question? Where were the great Israeli designers? Stylists? And front row public figures?

Actually one show, Jonathan Simkhai, an Israeli who now is based out of Los Angeles, did get rave reviews. But, where were the others?

New York Fashion Week is like no other as more designers, models, photographers and press attend from every part of the world. Everybody wants a piece of “The Big Apple.”

An exciting new collection by New York based designer VIVIENNE HU plays on old Americana soul and neutrals hues of the canyons. 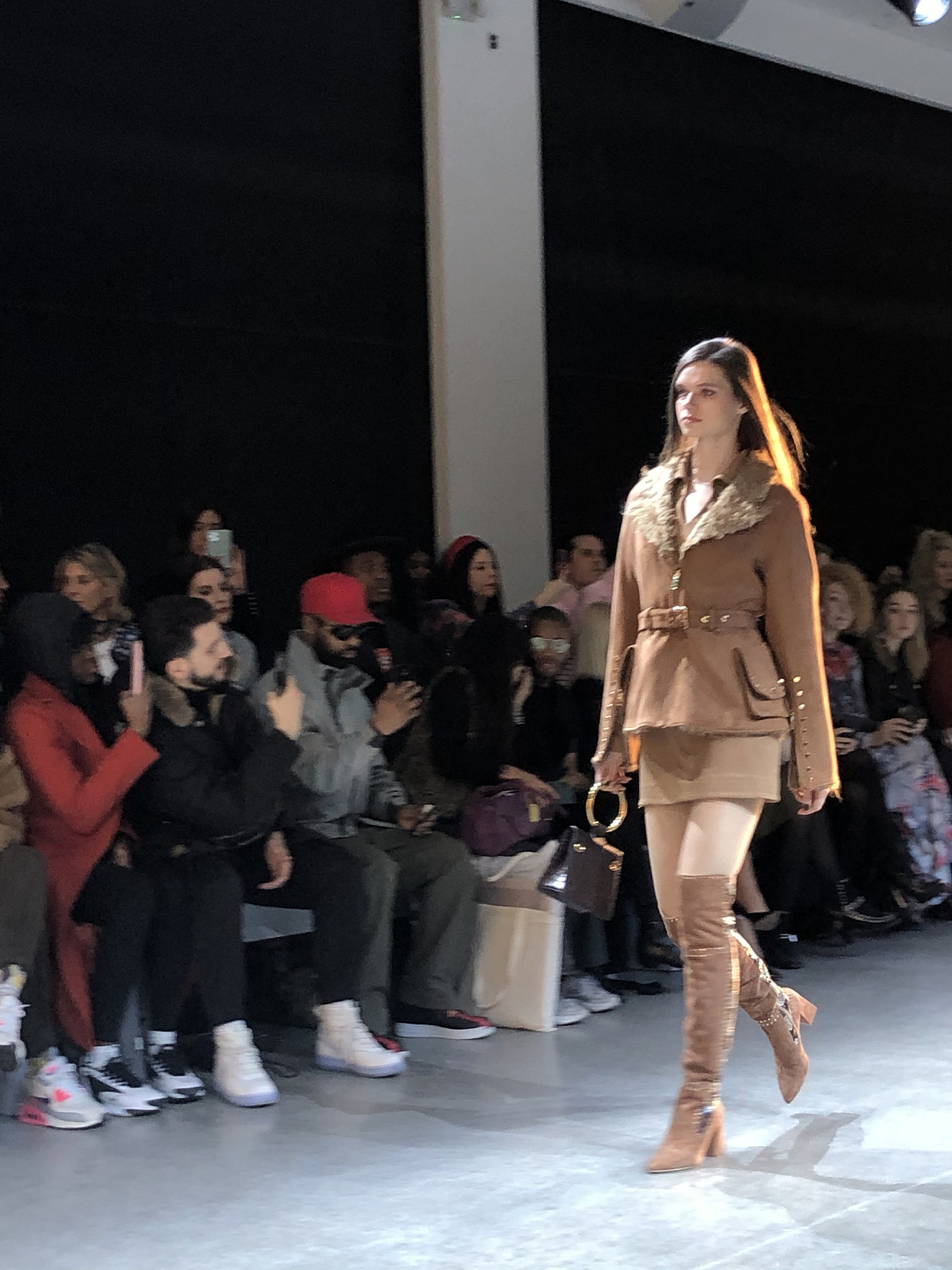 ”I was inspired by the beauty and sheer magnitude of the great American Southwest. I think it was Antelope Canyon that first stole my breath away”. Said Hu.  “In this collection, I hope to capture the nostalgia of witnessing such natural grandeur while playing on the lore of the west”. 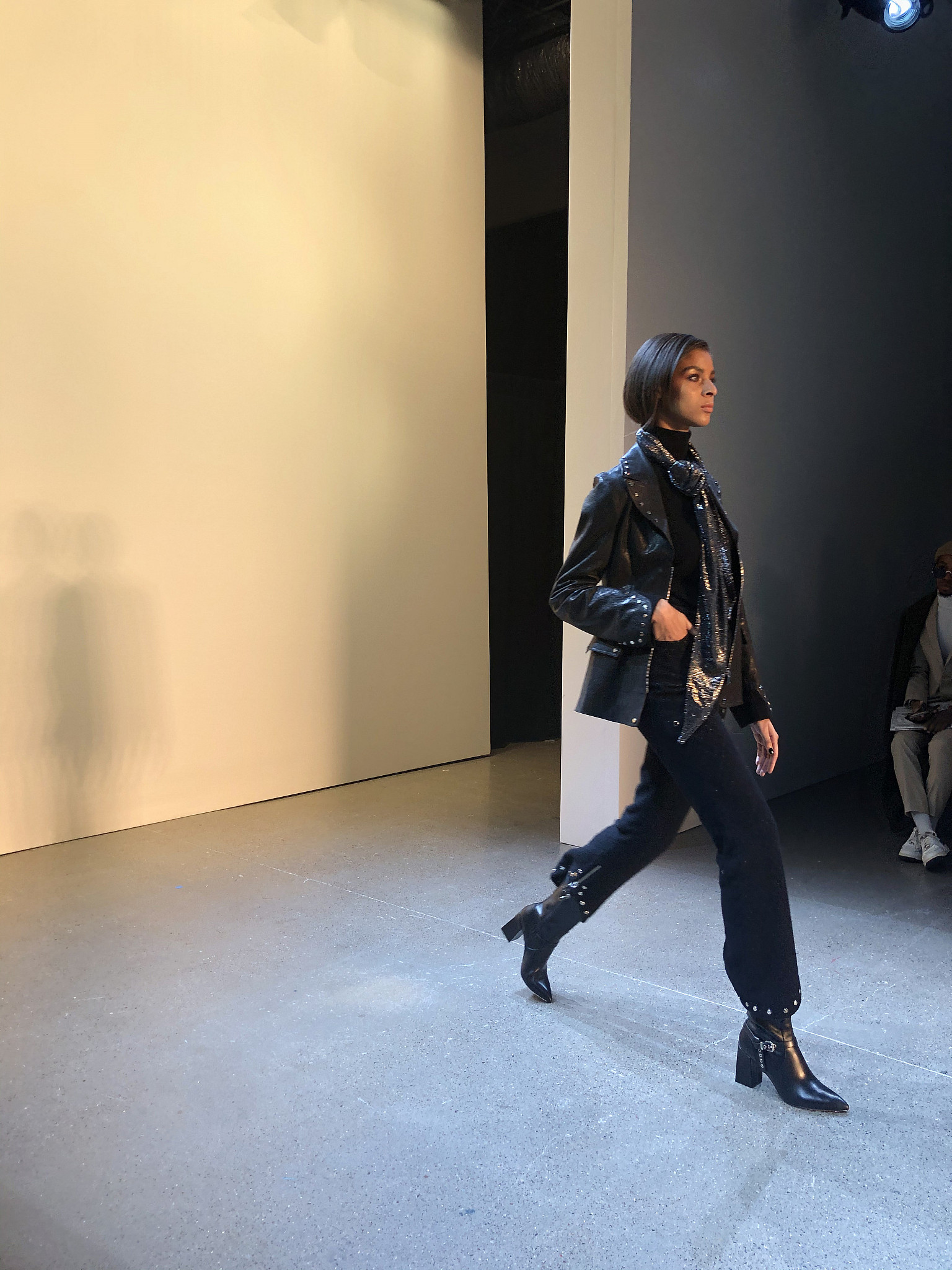 My very favorites were the sustainable fur jackets and shimmery dresses. Hulu’s show featured several trends many other designers shared in their collections; earth tones, skin boots, soft coats and jackets you want to use as blankets by a cozy fire and pants.

Not only did the collection include footwear and accessories, but it also involved collaborations with Sustainable Fur producer, Saga Furs and Luxury Danish Jewelry line, Shamballa Jewels. The final runway look boasted an impressive price tag of $200,000 with its diamond and gold embellished gown.

The Vivienne Hu collection is crafted in the finest Italian fabrics and produced in it’s home of state, New York. 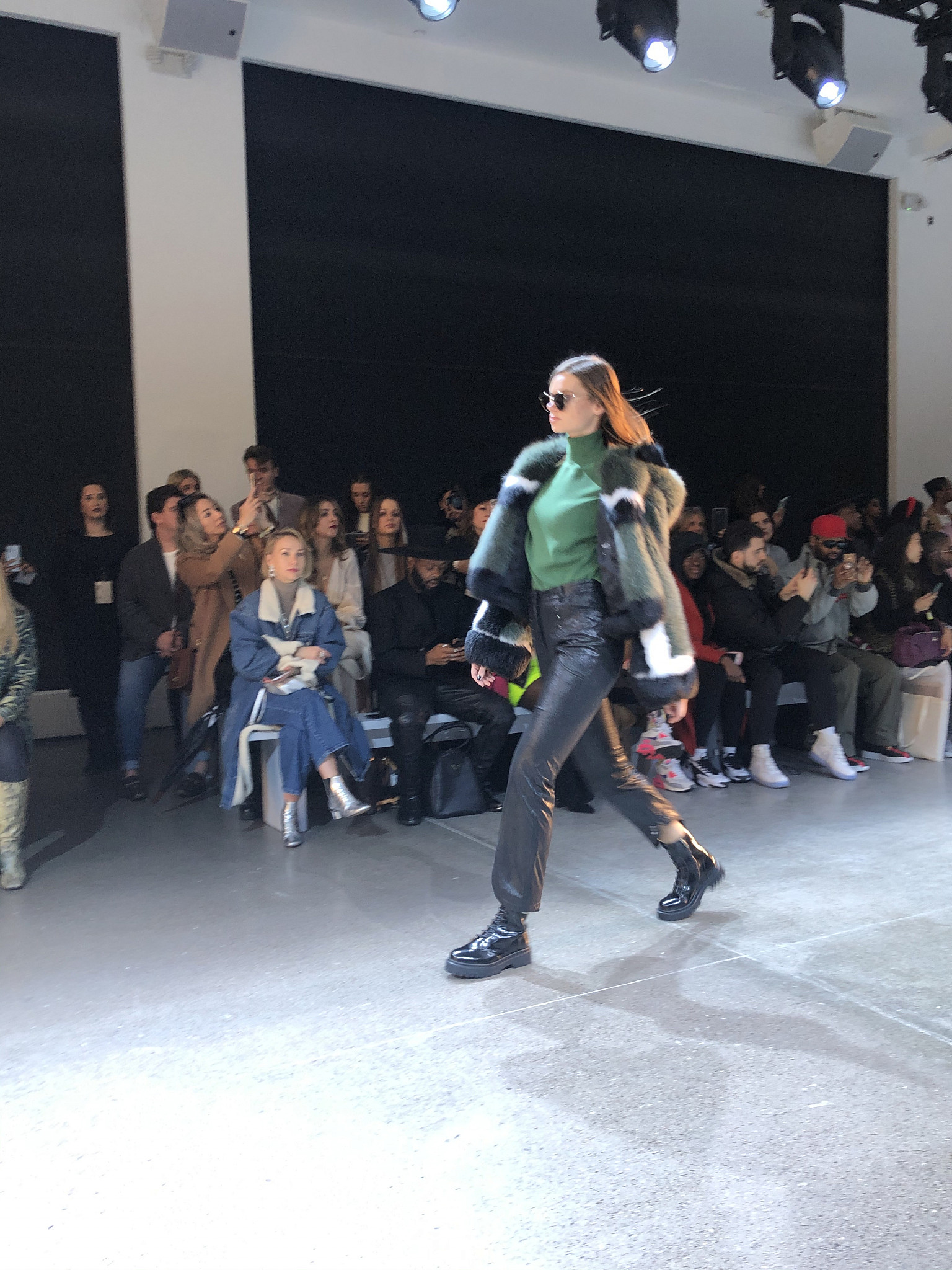 Many collections were featured in a single show.

Oxford Fashion Studio was an example of a presentation of 10 designers at Pier 59 Studios. The collections ranged from traditional womenswear and gender neutral apparel to jewelry and accessories, and a red-carpet ready plus size collection, offering truly something for everyone and every occasion.

The goal for the fashion group is to highlight independent fashion designers from all over the world, giving them a platform to showcase their work. Oxford Fashion Studio has worked with nearly 700 designers, from over 70 different countries, over the past 10 years.

Project Runway Junior alumni and Los Angeles designer, Matt Sarafa, brought down the house down with an explosion of rhinestones, furs, and mesh in an all black collection that was anything but boring.

The collection from Christy & You was titled “Superpower” encompassed edgy and confident fashion to everyday pieces. The designer drew inspiration from common wool suits, breathing life back into them with a deconstructed look.

As New York Fashion Week officially runs through February 13th with many off site and post show gatherings running until the end of the month, there will be a lot of fashion forthcoming in future articles.

About the Author
Cindy Grosz is an accomplished activist for pro-Israel and Jewish interests. She writes about “Everything Jewish” and has appeared in multiple media outlets. She is a Contributor on The Jersey Joe Radio Show on WOR710AM, syndicated through iHeartRadio. Grosz is the author of Rubber Room Romance, Everything You Need to Know and Ask About the Education System. Cindy Grosz is an Advisor on the National Diversity Coalition for Trump 2020. She can be found on social media at @cindyscorners, as well as at cindyscorners@gmail.com.
Comments