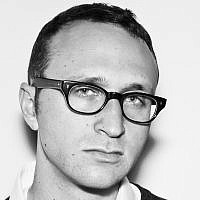 The Blogs
Nathan Miller
Apply for a Blog
Please note that the posts on The Blogs are contributed by third parties. The opinions, facts and any media content in them are presented solely by the authors, and neither The Times of Israel nor its partners assume any responsibility for them. Please contact us in case of abuse. In case of abuse,
Report this post.

It was the loudest applause line of the evening. “Speaking of apartheid, I feel compelled to mention Israeli apartheid, especially since yesterday was Palestinian prisoners day.” So proclaimed Professor Angela Davis at UCLA’s Fowler Museum late last month, speaking during the opening of an exhibition on the work of Ernest Cole – one of South Africa’s first black photojournalists — who captured some of the most poignant pictures of his country’s Apartheid era.

The scene was troubling, but unsurprising. Radicals like Davis have been increasingly effective in hijacking the commemoration of the Apartheid struggle in South Africa to paint an alternate reality of the Middle East and demonize Israel. One wonders if the audience at UCLA would have been quite as enthusiastic about so-called Palestinian Prisoner’s Day if they were taken to a celebration of the event in Ramallah, Gaza, or elsewhere in the region. In Tunisia, one such gathering recently paid homage to the work of women like Ahlam Al-Tamimi – who helped to murder 15 Israelis in a Sbarro Pizzerria, including 7 children.

The charge of “Israeli apartheid” is thrown across college campuses without any acknowledgement that the freest Arab population in the Middle East lives in Israel, which remains the only country in the region where all people are guaranteed equal political and legal rights. Arabs occupy senior positions in all sectors of Israeli society from the Supreme Court and parliament to the arts and business.

By contrast, “apartheid” would be a generous way to describe how the Hamas terrorist organization brutally oppresses women, gays, and other minorities in the Gaza Strip – an area that Israel withdrew from completely in 2005. In the West Bank, where Israel continues to maintain a presence, Palestinians live with the tragic consequences of their own failed leadership. There would be no occupation, no settlements, and a Palestinian state in East Jerusalem, 97 percent of the West Bank, and Gaza, if Yasser Arafat or Mahmoud Abbas had accepted the peace offers presented to them by Israeli leaders.

Israel’s government is committed to a two-state solution, but the road is not so simple when faced with a Palestinian leadership divided between Hamas terrorists in Gaza that are firing rockets into Israeli homes – and the Palestinian Authority in the West Bank, which refuses to sit in peace negotiations and fills its schools, media and mosques with hate and incitement.

For Angela Davis and other radical activists in search of a cause, it’s much easier to ignore these inconvenient facts and distill the challenges of achieving Middle East peace into a slogan: “Israeli Apartheid”.

Before jumping on her bandwagon, those truly interested in justice should think about three consequences of perpetuating the false comparison.

First, it diminishes the legacy of those who actually struggled against South African Apartheid. Blurring the clear distinction between Arafat and Mandela serves neither truth nor justice.

Second, it advances a narrative that absolves the Palestinians of responsibility for resolving the conflict. It tells them that they don’t have to end terrorism, curb incitement, or return to the negotiating table – a sure-fire way to prevent progress towards peace.

Third, it takes the public’s very limited attention away from the hundreds of millions who actually live under oppressive regimes in the Middle East. Those who want to denounce apartheid in the region should begin with Saudi Arabia, which prevents women from driving, bans non-Muslims from certain roads and cities, and effectively prohibits Jews from setting foot in the country. Or take a trip to Lebanon, where Palestinians are not allowed to own land – and are forbidden from serving in white-collar professions, like law and medicine.

To be clear: what Angela Davis thinks about Israel could not be less relevant. The staunch defender of Soviet Communism is far from a Middle East expert or beacon of moral clarity. To support her views on Israel, Davis cites authorities like the international Durban Conferences— infamous hate-fests boycotted by the U.S. and dozens of other Western nations – which gave center-stage billing to some of the world’s leading anti-Semites, like Iranian President Mahmoud Ahmadinejad.

The world needs more revolutionaries to speak out against the real obstacles to peace – and speak up for the millions of victims who actually live under apartheid and oppression. George Orwell said, “In times of universal deceit, telling the truth is a revolutionary act.” As long as Angela Davis and her ilk dominate the debate on the subject, the lessons of Mandela’s struggle will be buried in a charade of farce and absurdity.

About the Author
Nathan Miller is the principal of Miller Ink. He served as the Director of Speechwriting of Israel’s Mission to the United Nations from 2010-2013.
Comments