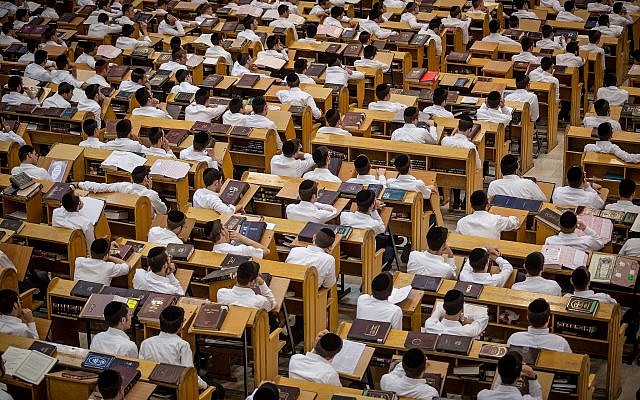 All our women are important,” -Mordechai Ben Hillel, Commentary to the Talmud

It is the overarching goal of the Orthodox Union to maximize the religious involvement, and spiritual growth and fulfillment, of every woman and man in our community.” -The Orthodox Union

Young Orthodox women are now being reared, educated, and inspired by mothers, teachers, and mentors who are themselves beneficiaries of advanced women’s Torah education. As members of the new generation rise to positions of influence and stature, we pray that they will contribute to an ever-broadening and ever-deepening wellspring of Talmud Torah (Torah study), yir’at Shamayim (fear of Heaven), and dikduk b’mitzvot (scrupulous observance of commandments).” -RCA Policy Concerning Women Rabbis

The attempt by extremists to erase women from the public eye, ironically, receives much attention. In Israel, on some buses, in some magazines, and street posters in some neighborhoods, women’s pictures have all but been erased. One puzzles at seeing pictures of Shabbat table scenes or families out in the park where women are absent. The most outlandish perhaps was a 2015 gynecological conference, where women doctors were not allowed to present.

However, those are just the most egregious examples. There exists another erasure of women and especially women leaders in the Orthodox world. Many Modern Orthodox students have women teachers in high school. Their mothers may be doctors or executives or professors in university. No professional outlet lacks the presence of women. However, something happens when students arrive for the famed “gap year” in Israel. Young women who attend any of the myriad of seminaries confront both male and female teachers and role models. From the more right wing to the more liberal institutions of religious higher learning for Diaspora women, both men and women are represented. Here, however, is where the gap in the gap year appears.

Young men who attend yeshivot enter into an almost exclusively gendered environment. Even those who attended coeducational schools before the post-high school year in yeshiva find themselves in a male-only environment. Not only is the student body entirely male, but with rare exception, so are all members of the teaching faculty. Students meet fellow students and rabbis. Rabbis in yeshiva often and in many institutions ideally serve as life models. But where are the women?

Some office workers, secretaries, cooks and the like are women, but not those in the most prestigious roles. Male students usually interact with adult females in the roles of nurturer and server. When young yeshiva guys visit the houses of their rabbi-mentors, wives cook and serve the food. Many if not all of these wives and mothers are also accomplished women in a variety of positions: doctors, lawyers, artists, CEOs, teachers, directors and more. When male students come for Shabbat or holidays, highly educated and accomplished women prepare the table and listen to their husband’s divrei Torah.

The issue addressed here is not a criticism of traditional gender roles. What we need to address is the myopic impression that multi-tasking women function only in these roles. Even the typical Haredi kollel wife in our time holds down multiple critical jobs from wife, mother, and house director to professional in the workforce. Each of these roles is traditionally considered central to the human personality. Within the more Modern Orthodox cultural climate, women generally have extensive educations and are often extremely knowledgable in Torah. Indeed, following the halachic positions of Rabbi Joseph B. Soloveitchik and his son-in-law and my teacher, Rabbi Aharon Lichtenstein, and as are echoed in the statements of the Rabbinical Council of America and the Orthodox Union, many Modern Orthodox women pursue and possess broad and in-depth knowledge of Torah. Often, they have profound knowledge extending far beyond that of the visiting students, and, to be honest, often beyond that of many male rabbis. Yet, male students frequently lack basic “kavod HaTorah” (respect) for these women scholars since they never heard them teach Torah.

Balancing life and at the same time developing one’s academic and spiritual character requires conscious thought and planning. The demands of a Torah-centered lifestyle are not easy for men or women. Due to traditional gender expectations in Orthodox Judaism, women seem to live a particularly complex existence. Education, family, work, Torah, and performance of mitzvoth are as critical to life as they are demanding. Again, yeshiva students are often clueless about what their female counterparts are going through and what these profound women leaders have sacrificed, overcome, and struggle with on a daily basis. The young men have not had the exposure, in Israel at least, to understand the complexity of the lives of many of the women around them.

Different women, like men, have differing needs and viewpoints, desires and struggles. One-size religious experience doesn’t fit all. To build a healthy community, understanding the perspective of the other is needed. There is no way that male students can appreciate the view of women without exposure to that perspective. Students spend hours upon hours daily hearing from male mentors without once hearing from women.

For this reason, our yeshiva has planned thoughtfully to incorporate women’s voices in the yeshiva experience. We have invited star women teachers to give Torah lectures over the course of the year and try to address the struggles and issues encountered by women. Likewise, when we held a program in America discussing the future of Modern Orthodoxy, we invited both men and women to sit on the panel.

However, like the posters where women’s images are absent, without hearing from women themselves, one cannot picture their worldview. For the many reasons listed above, Yeshivat Eretz HaTzvi annually hosts a day dedicated to hearing this too often missing perspective. We invite Orthodox women teachers from a variety of institutions and attitudes to give voice to their past struggles, their current efforts at balance, and their vision for the future. Some women present what some might call a “Haredi” world view, while others present what others would describe as a “Progressive” view. Most teach in institutions which parallel our yeshiva and partner with Yeshiva University. As an Orthodox yeshiva, we limit the invitation to Orthodox women, but we try to present a broad umbrella within the confines of tradition.