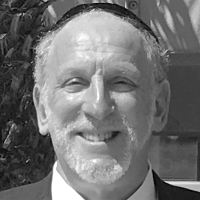 The Blogs
Evan S. Shore
Apply for a Blog
Advertisement
Please note that the posts on The Blogs are contributed by third parties. The opinions, facts and any media content in them are presented solely by the authors, and neither The Times of Israel nor its partners assume any responsibility for them. Please contact us in case of abuse. In case of abuse,
Report this post.

Where is BDS (Boycott, Divestment, Sanctions) found in the Torah?  In Parshot Miketz!!  This parsha picks up two years after Yosef interprets the dream of the butler.  In his parting words with him, Yosef asks “will you do me this kindness, if you please, and mention me to Pharaoh, then you would get me out of this incarceration. (Yosef was imprisoned in a dungeon).   Lo and behold the butler neither remembers or mentions Yosef at all!

In the meantime, Pharaoh has two disturbing dreams.  After failing to find a positive interpretation of his dreams, Pharaoh reaches out to advisers.  The butler responds saying to Pharaoh there was an interpreter of dreams in prison.  “And there was with us, a Hebrew youth, a slave…”

Rashi asks why it was necessary to refer to Yosef as lad, Hebrew and a slave? He writes:

“Cursed be the wicked for the favors they do are never really complete! He mentions him in disparaging language.

נער a lad, unwise and unfitted for a high position.

עברי a Hebrew, who does not even know our language;

עבד a slave — and it is written in the laws of Egypt that a slave may neither become a ruler nor dress in princely robes (Genesis Rabbah 89:7).”

Today, there are many who think like the butler, rejecting totally all the good that comes from Israel. The BDS movement is repressing how their lives would be negatively impacted if not for the advancements that come out of Israel yearly.  They choose to deny the positive rather than give credit where it is due.

In spite of the Butler, Yosef became second in power to Pharaoh. He literally saved Egypt from the effects of a harsh famine. I wonder aloud, where was the Butler when he sat down to a meal during those difficult years. Whom did he thank?  I am sure not Yosef!

So yes, BDS is found in the Torah.

About the Author
Evan S. Shore has lived in Syracuse for thirty years as the Rabbi of Shaarei Torah Orthodox Congregation of Syracuse. He received smicha from Rabbi Isaac Elchanon Theological Seminary, a division of Yeshiva University.
Comments