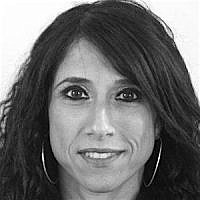 The Blogs
Ziva Eger
Apply for a Blog
Please note that the posts on The Blogs are contributed by third parties. The opinions, facts and any media content in them are presented solely by the authors, and neither The Times of Israel nor its partners assume any responsibility for them. Please contact us in case of abuse. In case of abuse,
Report this post. 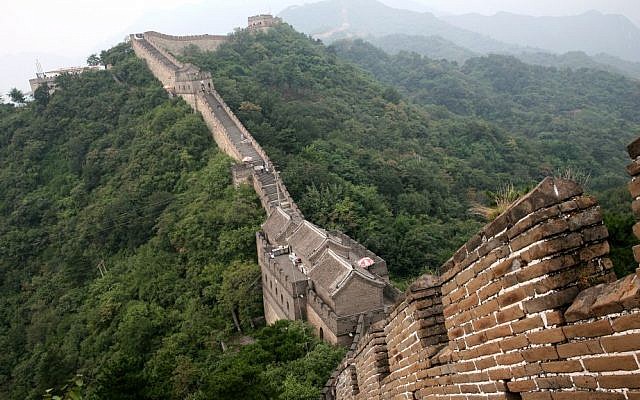 Illustrative view of the Great Wall of China. (Liron Almog/Flash90)

China, with the world’s second largest economy, is increasingly looking to tiny Israel for everything from innovative ideas to investment opportunities to cutting-edge technologies.

The numbers speak for themselves. Total venture capital investment in Israeli high-tech deals involving Chinese businesses is expected to reach around $500 million by the end of 2016, compared to $467 million in 2014 and $118 million in 2012. Shenzhen-based Kuang-Chi Group is just one example, launching a fund and an incubator for startups in Israel with $50 million in capital and plans to raise that amount to $300 million over the next three years. Furthermore, the vast majority of Israeli venture capital funds are expected to have participation from at least one Chinese investor in financing rounds this year.

The Foreign Investment and Industrial Cooperation Authority at the Israeli Ministry of Economy, which I head, is spearheading efforts to encourage Chinese investors and multinationals to consider an even more diverse presence in Israel, including R&D and advanced manufacturing facilities on the ground. More than 270 multinational companies from around the world have already established a presence in Israel, with over 320 world-class R&D centers – and we are looking forward to corporations based in China to follow suit.

Clearly, these international corporations all share one idea – that to remain competitive in today’s global economy, one must be innovative, and there are few better places to discover innovation in R&D and advanced manufacturing than in Israel. To support this diverse innovation ecosystem, Israel also provides a wide array of very favorable conditions, incentives and support for international companies and investors — from significant tax breaks to grants — all designed to offset the cost of investment in R&D and advanced manufacturing and to take advantage of Israel’s innovation infrastructure. Our department serves as a “one shop stop” to help global companies in their efforts to set up shop here and leverage Israel’s innovative spirit.

With this goal in mind, the Israel Ministry of Economy and Industry together with the Infinity Group, are hosting the second China-Israel Investment Summit of 2016 in Tel Aviv from September 24th-26th. The summit will take place during the DLD Tel Aviv Innovation Festival and will include delegates from leading companies in the fields of Medical Devices, Agritech, Cleantech, Internet, Mobile, Fintech, Smart Cities and more. During this exclusive two-day event, local participants will have the unique opportunity to get acquainted with leading Chinese venture capital firms, private investors and companies seeking to partner with Israeli concerns. Attendees from China will also get a chance to explore hundreds of Israel’s most promising startup and technology companies, learn about their investment needs and discuss business opportunities.

Among the cutting-edge Israeli companies participating this year: Payoneer, which empowers global commerce by connecting businesses, professionals, countries and currencies with its innovative cross-border payments platform; Upright, which re-invents posture training utilizing wearable bio-feedback tech; Phresh, a Chinese-Israeli company that integrates Israeli biotechnology with electronics to create unique household appliances; Feedbox, a leading software as a service (SaaS) company that provides a proprietary platform for collecting and analyzing customer feedback in real-time; Matomy, one of the world’s leading digital performance-based advertising companies; ElMindA, an Israeli brain-tech company that is breaking barriers with its BNA (Brain Network Activation) technology that finally lets doctors, clinicians and individuals discover a path to better brain health; and Ham-Let, a leading Israeli manufacturer of instrumentation valves, fittings and manifolds applicable for process control and high purity industries; and many more.

The first such summit was held in Beijing in January of this year and was a remarkable success. 2,300 Chinese investors and hosts held approximately 4,000 B2B meetings, proposing $1 billion in investments. Included were 130 Israeli startup and hi-tech companies and 80 top officials from China and Israel. We are looking forward to even more deals and partnerships from this year’s event.

About the Author
Ziva Eger has been serving as Chief Executive of the Foreign Investment and Industrial Cooperation Authority at the Israeli Ministry of Economy and Industry since October 2014. Eger, a retired IDF Colonel, received her BA and MA in Economics (with honors) from Tel Aviv University, an MA in Political Science from Haifa University, and another BA from the National Security College operated by the IDF. In the two years preceding this position, Ziva served as Chief of Staff of the Communication and Home Front Defense offices lead by Minister Gilad Erdan, where she was in charge of the promotion and execution of comprehensive reforms in the local communication market.
Related Topics
Related Posts
Comments