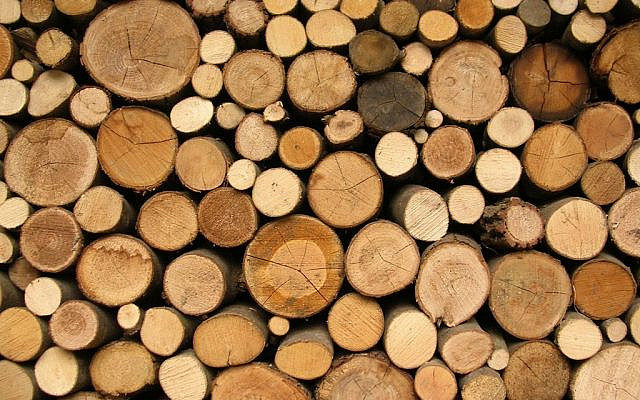 Avraham knew he wouldn’t be the one to finish the building of the mishkan. Likewise, his grandson Yaakov knew that he wouldn’t complete the task. Nonetheless, they did not desist from starting the job.

The Israelites are wandering through the wilderness and Hashem declares, “And they shall build for Me a sanctuary and I shall dwell amongst them.” Detailed instructions are then conveyed and the people begin to fret.

“We’re in the middle of the desert!” they cry, “Where does God expect we will find all the materials to build a Tabernacle?”

“Look at all the gold and silver He blessed you with as you left Egypt,” Moshe responds, “Surely, you can part with some of those riches!”

“Yes, but what about building materials?” they ask, “There are no trees here in the desert. Where will the wood come from?”

“Fear not,” says Moshe, “I have brought cedar wood from Egypt.”

“Cedar wood?” ask the Israelites incredulously, “There were no cedar trees in Egypt!”

“Yes, there were,” Moshe replies, “they were planted by our forefather Yaakov, in preparation for this very day!”

“But where did he get cedar trees to plant?” the people inquire.

“That’s a good question,” says Moshe, “Avraham Avinu planted them originally in Beersheva. Yaakov later stopped by to pick up some of Avraham’s trees. He brought them to Egypt and replanted them. And now we have the wood for the mishkan.”

We may not recite kaddish and borchu before Shema, nor may we do chazoras hashatz, nor may we duchen, nor may we lein or recite the haftorah…with less than a minyan.

Tosfos: The Yerushalmi explains that if they began with ten and some left, nonetheless they may complete the service. And concerning those who leave, it says, “And those who leave Hashem shall be finished off.” And such is the halacha.

Let’s say the chazan starts his repetition with a minyan present and then one fellow needs to run out to work. The halacha is that the chazan finishes chazoras hashatz and the congregation may even recite kedushah, even though they’re short of a minyan. On the one hand, that’s quite helpful in shuls where the minyan is tight. On the other hand, it seems to be a double-edged sword. According to Tosfos, if you leave early, you’ll be finished off! Given the dire consequences of slipping out early, why would anyone want to come to shul in the first place?

Sometimes in life, we’re afraid to embark on a task, for fear that we will be unable to complete the job. The Yerushalmi’s message is that we should never be put off by such fears. We must start the work, and the Almighty will ensure that the job gets done. In the case of the fellow who leaves shul for work, the Chazon Ish maintains that, despite the appearance of only nine men, the minyan remains completely intact. The presence of the Shechina manifest in a minyan stays in the room, even if the human beings are unable to be physically present!

If that’s the case, what is the connection to Yeshayahu’s prophecy, “And those who leave Hashem shall be finished”? Most of us are familiar with the word “finish” as we read it every Friday night. “And the heavens and earth and all their hosts were finished. And God finished on the seventh the work He had done.” The connotation is more one of “completion.” Hashem completed the creation of the universe.

In fact, the meforshim offer a variety of translations and meanings of the word “finished”, which point to its mysterious power that goes above and beyond the mere idea of completion. Targum Yerushalmi understands the word to connote “desire,” while Targum Onkelos suggests that the idea being expressed is that “the creation was in a state of unparalleled beauty and splendor.”

If that’s the meaning of the word, the quotation from Yeshayahu aims to teach us a powerful lesson about leaving early. On the odd occasion, you might find yourself unavoidably having to leave Hashem’s presence, but you will complete the task nonetheless. Had you never appeared to begin with, the tefillah b’tzibur would not have begun to happen. Now that you’ve made the effort to show up, you’ve brought the Shechina into the shul. And, even in your absence, you will complete the task. Your efforts are certainly “desirable” to Hashem and reflect “unparalleled beauty and splendor” in His eyes.

The same is true of other communal responsibilities that people avoid because they cannot complete the task. For example, I might ask a shul member to join the Purim committee.

“Well, maybe you could help out with the design and planning? You always bring such great ideas to the table!”

“But, Rabbi, I don’t feel right committing if I can’t be there to see the project through to its completion.”

The message of Tosfos is that if you are part of the initial quorum, Hashem considers it as if you were there to complete the task. You may be basking in the Florida sun, but as far as Hashem is concerned, you’re at the Purim event in shul!

In Pirkei Avos (2:16), Rabbi Tarfon teaches, “It is not incumbent upon you to finish the job, nor are you free to desist from it.” According to the Ahava Betaanugim, the mishnah means that while we are tasked with starting a mitzvah, Hashem will always ensure it is completed.

Avraham knew he wouldn’t be the one to finish the building of the mishkan. Likewise, his grandson Yaakov knew that he wouldn’t complete the task. Nonetheless, they did not desist from starting the job. Often in life, the most difficult part of a project is getting it off the ground. Without the efforts of our patriarchs, can you imagine how impossible the construction of the mishkan would have felt to the Children of Israel? But once they had all the pieces in place, it was simply a matter of completing the task that their forefathers had begun many years earlier.