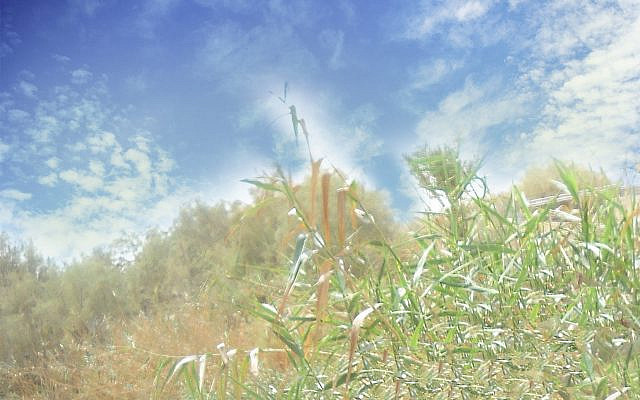 Parshat Balak is named for the first verse in the Parsha (Bamidbar 22:2): “And Balak the son of Tzipor saw all that Yisrael did to the Emori.”

However, if you want to know where it all took place, you have to go back one verse, to Bamidbar 22:1 (the last verse of Parshat Chukat): “B’nai Yisrael travelled and camped in the western plains of Moav, across the Jordan from Jericho.” This is the spot where they will remain until the Book of Yehoshua when B’nai Yisrael will cross the Jordan River into Jericho.

In other words, the Torah was written for those who are already in the Land of Israel. Therefore, “Ever l’Yarden” refers to the other side of the Jordan, outside of Israel, in the land that originally belonged to Moav.

How was it possible for all of B’nai Yisrael to be camped out in that spot?

Rabbi Naftali Tzvi Yehuda Berlin, the Netziv in Ha’Amek Davar explains that the camp itself was in the western plains of Moav. However, B’nai Yisrael were spread out in the different cities in the lands of Sichon and Og and only the Aron (Ark) and Ohel Moed (the Tent of Meeting) were actually in the western plains of Moav as we see in the beginning of the Book of Devarim.

In Parshat Masei, Bamidbar 33:48-49 we read about the area where they camped:

Beit HaYeshimot is the southern border of the territory (right above the Dead Sea) and Avel HaSheetim is the northern border.

In the Talmud, Eruvin 55b, Rabbah bar bar Chana affirmed that he visited the spot and confirmed those measurements.

Today, on the Israeli side, near Jericho we can look over the Jordan River to the spot where B’nai Yisrael camped from before Moshe’s death until crossing the Jordan with Yehoshua. Vacationers in Jordan can visit what once were the plains of Moav which were conquered by B’nai Yisrael and inherited by the tribe of Reuven.