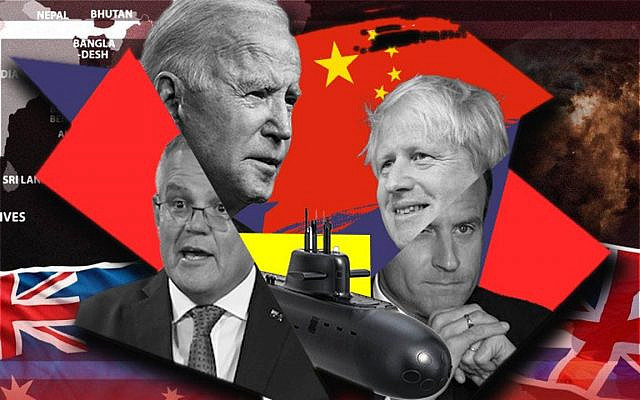 In the Middle East, dictatorial regimes and terrorist militias about to breathe a sigh of relief as the United States and its allies withdraw from Afghanistan and perhaps soon from Iraq. There is a perception in the region that it is believed that for more than two centuries, first Britain and then the United States were a bone stuck in the throat of the region. Throughout the twentieth century and the first two decades of the twenty-first century, they kept brought nothing but war, violence, and the fragmentation of nations on the map, for the Middle East. The war and conflict only achievement of the great powers, especially in the oil and energy sector in this region.

Now the table is turned. With the first energy revolution, the United States became depleted of Middle Eastern oil by acquiring shale oil, and now, by moving to clean energy, seeks its geopolitical priorities no longer in the Middle East but in the Indo-Pacific region.

Leading oil historian Daniel Yergin delves deeply into these geopolitical changes in the post-oil world in his new book, The New Map, published September 14 in New York. He says that just as the map of the world changed after the First World War at the beginning of the twentieth century, so in the twenty-first century there will be a new map of the world.
The world has been waiting for years for a strategic and geopolitical confrontation between China and the United States. A confrontation that took place inevitably, but in any case, and for any reason, the leaders of the two countries pushed it back.

Thursday, September 16, 2021 marked another historic day for the world. On this day, the leaders of the three countries of Australia, Britain and the United States suddenly appeared on world television and announced a security defence agreement and a tripartite core. A statement that shook the world. China, in its first response, threatened Australia with a nuclear attack. The Global Times, the English-language organ of the Chinese Communist Party, immediately reacted to the statement and attacked the treaty with the most naked words. A treaty that introduced new acronyms to world political literature. AUKUS is the acronym for this new treaty, which according to Politico is the newest and ugliest acronym for America.

The three-way security pact between Australia, the United Kingdom, and the United States will equip Australia with eight nuclear-powered submarines over eighteen months, as well as providing Australia with many artificial intelligence technologies, costumes, defence, and security facilities. In other words, while the United States has either withdrawn or is withdrawing from Afghanistan, Saudi Arabia, Iraq, and Syria, it is now conducting a nuclear and security camp in the Pacific against China. What Reuters has interpreted as a new Cold War that is affecting the geopolitics of the world.

The American camp in the Pacific has greatly hurt Europe, and especially France. So much so that France called it a stab in the back, and France’s foreign minister Jean-Yves Le Drian called it a barbaric, one-sided, and unpredictable decision in an interview with Radio France, reminiscent of Trump’s actions. Le Drian, who could not hide his anger, added: “I am angry and bitter. This is not done between allies.”

But why is France so angry? There are two reasons for France’s anger: First, France was previously set to sell submarines to Australia under a $ 40 billion deal, but has now been barred from a lucrative deal. But another important reason is that in the first major transatlantic security treaty, not only France but also Europe was ignored. The ignorance that Josep Borrell, High Representative of the European Union for Foreign Affairs and Security Policy, called painful in a statement published by The Wall Street Journal.

What can be seen from what happened on Thursday in the world geopolitical scene, is that, the United States has not tolerated China’s growing progress and has finally resorted to a military alignment in its nuclear nature. The US turning its back on this new approach is understandable to its Middle East allies; But why it ousted its European allies, especially France, in the first transatlantic treaty is a question that the future will answer.