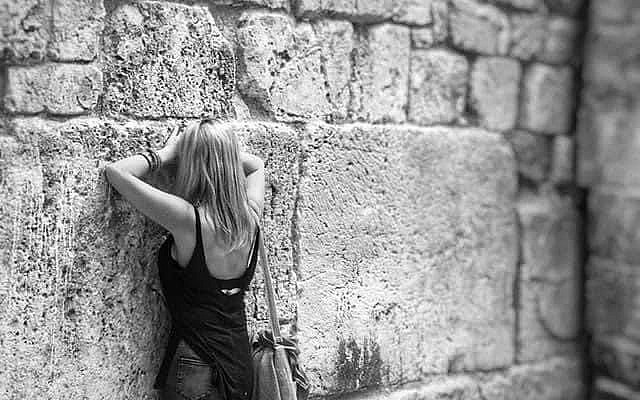 Life and death hang in the balance in the hospital waiting room here in Jerusalem.

A Jewish man on a stretcher is intubated. His daughter holds her father’s yarmulke against her heart as the EMTs wheel him through, speaking Arabic.

A woman in hijab moves over to make space for a woman in a sheitel who in turn gives up HER seat for an Arab guy with a broken leg.

The Jewish doctors speak Arabic to the Arab patients.

The Arab doctors speak Hebrew to the Jewish ones.

Everyone speaks a bisel of Yiddish.

A woman covered in tattoos – her dark hair threaded with grey – is sobbing. “I’m pregnant,” she says to no one but the ceiling. “I can’t be, but I am.”

A doctor in a black yarmulke offers her a glass of water.

There are cardiac incidents, and major car accidents.

The beep of the heart monitors, and the hiss of the respirators

Who will live and who will die.

And then the blast of the shofar from a Tsaddik just outside the hospital doors- some young man, blowing that rams horn with all his heart, with all his strength, with all his being – to wake us up! To remind us that yes, there is still time. The Gates of Awe are still open. The Book of Life is still being written. And where there’s life, there is hope.