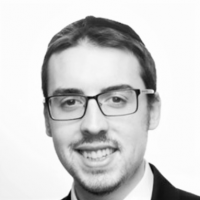 The Blogs
Uri S. Segelman
Apply for a Blog
Please note that the posts on The Blogs are contributed by third parties. The opinions, facts and any media content in them are presented solely by the authors, and neither The Times of Israel nor its partners assume any responsibility for them. Please contact us in case of abuse. In case of abuse,
Report this post.

“Before I formed you in the womb I knew you; Before you were born I sanctified you…”
-Jeremiah 1:5

In a word: absent.

As an ardent pro-life supporter and activist, I had wanted to come down to DC to participate in the March for Life for quite a while. The annual march takes place on January 22nd, the anniversary of the infamous Roe v. Wade decision, which established abortion as a constitutional right. Over the past 40 years, the march has grown from around 20,000 to over 200,000. This year, circumstances worked themselves out and I was able to finally attend. It was an incredible and inspirational experience and I hope to march every year from now. But I couldn’t help but feel a deep sense of disappointment over the non-existent Jewish presence.

As a Jew born and raised in New York, I know that our “thing” is the Israeli Day Parade. This is THE event for American Jews. Schools and synagogues from all over the nation converge on Manhattan to march in support of Israel. Well, I found out that the March for Life is THE event for Catholic America. Banners didn’t read “Congregation Beth Shalom,” or “Flatbush Yeshiva High-School,” but rather “St. Ignatius High-school,” or “Knights of Columbus-Archdiocese of Ohio.” It was definitely a culture shock to be probably the only Jew in a sea of Catholics (no pun intended).

Over the course of the march, dozens of people came up to me, recognizing I was Jewish, and thanked me for being there, wishing me well. I received numerous “G-d Bless You’s.” But it broke my heart when a gentleman asked me if I was with a Jewish group or if I was representing a “Jews for Life” organization. Sadly, I responded no. To his next question of to what extent is there Jewish activism on behalf of life, I was also heartbroken to candidly state: none.

Jewish activism in politics is not at all an anomaly. Indeed, it’s quite pronounced. Israel would probably be the most universal and popular political issue. It attracts support and activism from both the religious Right and the secular Left. The Left’s activism continues into all sorts of “social justice” causes, such as civil rights for blacks and Hispanics, as well as “LGBT rights” initiatives. However, the Right’s vocal activism, to whatever extent it’s existent, basically ends at Israel.

It is an awful shame that the Right is silent on so many family values issues that face the United States. Marriage and abortion are probably the most prominent issues that deserve a bold, religious Jewish voice in the political sphere. And while it is true that Jewish Law’s (halachah’s) stance on abortion is more complicated than that, say, of the Catholic Church, one would be quite hard-pressed to find Orthodox Rabbis sympathetic to the pro-choice movement, a movement that has become dedicated to uninhibited abortion-on-demand rights, a policy and ideology completely at odds with Torah values.

The fact is the pro-life movement is about preserving and advancing the ideals of life and love, and putting said ideals over some feminist ideology of “reproductive rights.” Orthodox Jews can and should certainly welcome heavy, common-sense restrictions on abortion, both state and nationwide, which is what the pro-life movement preaches. Sure, there are those in the pro-life camp whose visions are more extreme, but to decide which camp is the more appropriate home for the Orthodox Jewish community is a no brainer.

A word about the March. Never have I seen such a positive, uplifting, hopeful, and indeed religious march in my life. The religion of those present was not my own, but as a religious believer, I felt like I was among brothers–– not my real brothers or brothers of my Jewish nation, but brothers in the grand brotherhood of believers. The hundreds of thousands present smiled and cheered at the hopeful and optimistic speakers, who pledged continued action to stem abortion. The crowds cried and prayed for the loss of millions of lives and potential lives over the past decades. They bemoaned a Supreme Court decision so wayward and so much a product of a feminist zeitgeist that it lost sight of the truth, beauty, and importance of life.

It was a shame I couldn’t share in this celebration of life with my Jewish brothers. It is a shame that religious Jews too often brush off these incredibly important social issues as nothing more than inconsequential. In an era where religion and its followers are under constant attack from the secularist elite ruling class, it is as important as ever for believers and the religious Right to stand arm-in-arm with fellow brothers in support of family values. Whether it be marriage, abortion, or any other issue essential to tradition and family, religious Jews should be at the forefront. Next year, may Jews who believe in G-d Almighty and His Torah be the ones leading the holy March for Life!

“I call heaven and earth as witnesses today against you, that I have set before you life and death, blessing and cursing; therefore choose life, that both you and your descendants may live.”
-Deuteronomy 30:19

About the Author
Uri is a law student at New York University School of Law. He describes himself as a traditionalist and a Constitutionalist. He is bold in his opinions, and never submits to the dangers of political correctness.
Comments