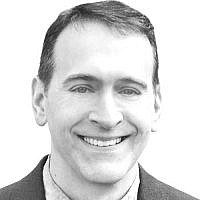 The Blogs
Rafi M. Cohen
Apply for a Blog
Please note that the posts on The Blogs are contributed by third parties. The opinions, facts and any media content in them are presented solely by the authors, and neither The Times of Israel nor its partners assume any responsibility for them. Please contact us in case of abuse. In case of abuse,
Report this post.

Upon their 10-year anniversary from rabbinic ordination, a few of my colleagues wrote insightful reflections on the first 10 years of their rabbinate. Their discernments on Jewish life and what they have learned as rabbis is inspiring and impressive. Several months ago, I began thinking about my own 10 years since ordination and where I find meaning as a rabbi specifically as a member of a Jewish community which has many rabbis among its membership. I am gratified to be able to reflect on the challenges that sometimes arise in the different spaces of the rabbinate and see how, in the past 10+ years, my rabbinic voice and my space along with it, has evolved. I also share these thoughts in anticipation of the seats that I have occupied inside a sanctuary during my rabbinate and how I discovered my current place in a community.

As an assistant rabbi, I alternated with the senior rabbi between being on the bimah and circulating through various rooms and programs in the synagogue. As a solo rabbi, I worked almost entirely with laity and found my seat for most Shabbatot and chagim on the bimah. Approximately six years ago, my family returned to New York and re-joined the community in Riverdale, NY that we called home during my last two years at JTS. The community continues to be a uniquely vibrant Jewish community comprised of Jews from the major (and minor) denominations. The overlap of the denominations and the groundswell of activity in our synagogue in particular were essential to our decision to move back to Riverdale. When we attended shul (prior to this pandemic), my preference was for the back rows of the sanctuary (the non-permanent seats). We gradually moved inward, outward, to the side and many times sat among friends and peers from the same school community as our children.

Last year – under some strange circumstances – I found my new seat in the house. Two seats in the back row of permanent seating became available after a long-time shul-goer passed away. Every person can have a set place, a makom kavua in prayer, and these two seats were his.

The Talmud tells of Rabbi Helbo who said according to Rav Huna: Anyone who makes a set place (makom) for his prayer, the God of Abraham helps him. When he dies, it is said about him that he was an anav (humble person), a Hasid (a pious person) and one of the students of Abraham our ancestor. (Bavli, Berachot 6b)

I was in no rush to take these empty seats for myself or my family. The Baalei mussar teach, as an expression of the middah of anavah (humility), to hold the balance of “no more than my place and no less than my space.” However, around the same time as the man’s death, my children found a couple of their long lost books in the siddur holder in front of the seats where this gentleman used to sit. We had all but given up on finding their books when, one Shabbat morning, my boys found their books. I am not superstitious, but this seemed like a no-brainer. It was time to move up into the permanent seating of the congregation and to the best of my ability – and weather permitting – begin getting to shul and make this my makom kavua.

This move helped to anchor ourselves in a community and accomplish something else as well: Our children know where to find us when they’re not in the sanctuary with us. Fellow congregants know where to find us, expect us even, on any given Shabbat morning. Periodically, others will sit here either because we arrive late or we are away; this is also good. I hope to have many years sitting in the general vicinity if not in these exact seats. At a time when I hope my community will begin to welcome back some of the community to pray together, I look forward to being there in good time and keeping in mind the moniker “no more than my place and no less than my space.”

About the Author
Rabbi Rafi Cohen is a graduate of JTS Rabbinical School and the William Davidson Graduate School of Jewish Education. He has previously served as Director of Jewish Student Life at CCNY Hillel and has taught in Jewish Day Schools as well as the congregations he served as assistant and senior rabbi. An alumnus of the Legacy Heritage Rabbinic Fellowship and ADL Glass Leadership Institute, Rafi brings his Mussar and engagement practices to his professional role at Masorti Olami.
Related Topics
Related Posts
Comments