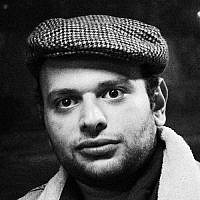 The Blogs
Adam Shasha
Apply for a Blog
Advertisement
Please note that the posts on The Blogs are contributed by third parties. The opinions, facts and any media content in them are presented solely by the authors, and neither The Times of Israel nor its partners assume any responsibility for them. Please contact us in case of abuse. In case of abuse,
Report this post.

Where will Israel be when it celebrates 75 years? As Yom Ha’atzmaut comes to a close and we are all still reveling on many happy memories this is the question that is currently on my mind.

The Mishnah in Rosh Hashanah talks about 4 different New Years, Rosh Hashanah, Tu Bishvat, New Year of the Kings and New year of animal Tithes, perhaps we could suggest that in modern times we have a 5th new year – the new year for the State of Israel. Why is his suggestion important?

On a new year we reflect on the past and look to the future, we ask ourselves where were we this time a year ago? Where do we want to be 12 months from now? And What do we need to do to get us there? perhaps we should ask similar questions every Yom Ha’atzmaut.

Think back to 1949 when Israel celebrated its first Yom Ha’atzmaut – i.e., being a state for one whole year, as the country went to celebrate this achievement- the country was full of Olim who had literally been building the state.

Their role in building the state was a physical role, with their bare hands they had come from countries all over the world, speaking different languages to an empty land and were able to sow the seeds to build homes, schools and the beginning a functioning country (as well as having survived a war that was started exactly a year earlier and was still going on).

Perhaps now is the time for us to ask that question. As Olim (and I feel all Israelis too) we have an important ability to shape the State into a direction that we want to see it go, both as individuals and as a collective. We have a responsibility to do this for future generations. We can build on the work and vision of the founders of the State who were celebrating the declaration in 1948 and we can help contribute to the success of our homeland.

I feel that in in 2022 building the state has a more metaphorical meaning, we are not sleeping and eating in tents, lugging water from streams and the country is full of shopping centers and leisure facilities. Whilst the country certainly needs more houses and public facilities, we have to build the state beyond on that. I could probably list hundreds of positive ways we can positively impact the State and we should pick what is most important to us and what we enjoy. Some ideas are supporting fellow Olim, Increasing Israel’s economic presence, working to affect government policies and creating a more cohesive society. These are all things which can be done whilst balancing our current lives and responsibilities.

These are not just the responsibility of the leaders of the State. I believe that every citizen of the State can help advance the country, for some it might be smaller steps than others, but small steps can still have a big impact.

About the Author
I made Aliyah from England in August 2016. I have always enjoyed being involved in Jewish and Zionist causes. Currently I volunteer for several organizations and projects that work with Olim and more.
Comments