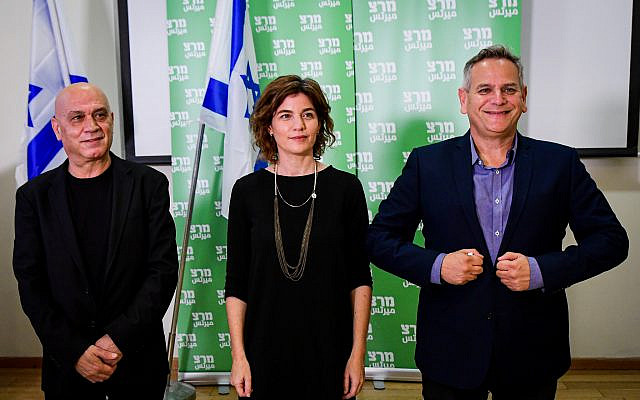 The Bennett-Lapid government marks its six-month anniversary today. Having passed its first hurdle with the adoption of the 2021 budget, thus guaranteeing its continuation for the foreseeable future, it now faces the challenge of defining its own singular course (and not just style). It may not be able to do so: its eight-party coalition is the most diverse in Israel’s history. Its built-in fragility is indisputable, with a paper-thin majority of 61; hence, it is constantly at the mercy of individual members who can balk at any moment. Like many other countries, it is trying to survive in an era of uncertainty during which the vagaries of climate change and the mutating COVID pandemic make planning and implementation even less reliable than usual. Like all governments, it must confront evolving challenges externally (especially Iran, Hezbollah, and Israel-Palestine) and domestically (economically, socially, and religiously). And, of course, it constantly has to attempt to manage all these within a context of the oft-conflicting egos of its leaders and the agendas of its component elements.

The premise of a holding operation without the long shadow of Benjamin Netanyahu, which lay behind the formation of the new government, cannot last under these circumstances. The main components of the coalition, in one form or another, are replicating the key policies of their predecessor — and in some instances even magnifying their scope. This is true not only on matters of settlement expansion in the West Bank and the Golan Heights, but also on construction in Jerusalem and its environs. Repressive measures against Palestinians continue apace, as do house demolitions and Jewish vigilante activities. The Iran conundrum and Israeli initiatives in the Palestinian territories are souring relations with the Biden administration and the European Union. Even though Israel’s image abroad may have improved, it is also more exposed to criticism from a variety of quarters.

Domestically, civil protections have been flaunted with the reintroduction of electronic tracking and the specter of security service monitoring. The coalition has become even more over-bloated, reviving coalition funding and political appointments, which it had vowed to eradicate. Economic policies have taken a more neo-liberal twist as social benefits have been limited under the tutelage of Avigdor Liberman’s Finance Ministry. Promised religious reforms — most notably around mixed-gender prayer at the Western Wall — have been put on hold. Investments in Arab infrastructure have been auspicious, but lack a commensurate effort in improving relations between Jews and Arabs within the country. And time and again environmental concerns have been sacrificed at the expense of other considerations.

The idea of a government that will only deal with issues in broad consensus has become an illusion before it has gained any traction. This proves to be a greater problem for the parties on the left margins of the government – Meretz and, at times, Labor — than for the other components of the coalition, since they face the greatest discrepancies between their values and positions and the emerging policies of the government in which they serve. Their hope to concentrate on the narrow confines of the ministries they control (health, environmental protection, and regional cooperation) is dissipating in light of the realities being created by their partners.

What options are open to Meretz (and portions of Labor) under these conditions? The first, and least enticing, is to leave the government before they totally relinquish their progressive outlook and ideology. But such a prospect at this juncture is in all probability completely counterproductive. Besides forfeiting the possibility of being considered a part of the ruling coalition for some time to come, they will be handing the right-wing a substantive victory on a silver platter (thus perhaps even paving the way for a Netanyahu comeback).

An alternative is to try to square the circle: to find ways to remain in the coalition without jettisoning their basic dedication to human rights, social justice, and a lasting peace between Israel and its neighbors. This approach has been tried by Meretz with little success and even less credibility. Its ministers (party chair Nitzan Horowitz, Tamar Zandberg, and Issawi Freij) have gone along with or abstained on major policy issues (notably on settlement construction, undue use of force against Palestinians, and potential civil liberty violations), while its members of the Knesset have come out against these moves. They have thus exposed themselves to criticism from a variety of quarters — taunting their hypocrisy on the one hand, and their ideological laxness on the other. The attempt to present themselves as simultaneously pragmatic and unerringly principled simply does not hold water. It has created breaches within the party and greatly reduced its electoral attractiveness in progressive quarters.

A third option is to try to strike out in new directions domestically, mostly by appealing to marginalized and disempowered communities heretofore neglected by the ultra-liberal, secular, urban-centered hardcore of the Jewish left in Israel. Such an effort involves admitting to — and consciously shedding — the elitist image that has been attached to Meretz and Labor for decades. Initiatives in this direction have been attempted several times in the past and are now being resumed with renewed vigor. They are yet to gain substantial grounding in critical traditional and Mizrahi circles, however. More to the point, they exclude the Palestinian component, which is such an inseparable part of the worldview of the Israeli left. This approach, admittedly long overdue, is therefore at best a partial — and hence unsatisfactory — response to the current dilemmas of this portion of the coalition.

A fourth possibility does exist, one that seeks to carve out an updated course for a progressive and value-driven Israel. This requires a combination of both courage and creativity. In the first instance, the left in the coalition must be willing to establish its own red lines: to make clear to itself and its partners what it may be able to accept and what it considers to be beyond the pale from its perspective. This means that it has to admit to itself and to its supporters that its place in the coalition is by no means a foregone conclusion, and rather it will be constantly be examined in light of its guiding norms. Such a statement might have the effect of blocking what it considers to be untenable moves — even if it does not directly promote its specific agenda.

On the substantive level, the left has the opportunity to outline new directions that take into account the close relationship between domestic policies and international currents. This is most obvious on matters related to the interconnectivity between global processes, such as environmental change and the coronavirus pandemic in its various manifestations and local policies. It is also, however, pertinent to the link between Israeli initiatives and allied policies on matters related to regional security and Palestinian-Israeli affairs. Ignoring these ties reinforces that brand of isolationism cultivated by populist forces in Israel that enabled the far-right to flourish in the past, and may hasten its return in the absence of plausible alternatives in the future.

Structurally, the left in the government can go a long way to strengthening the role of the state and its institutions not only on matters of civil rights and liberties for all citizens and groups in the country, but also on issues of social and economic justice. By revitalizing institutional guardrails and encouraging civil society and independent media monitoring, the resurrection of mechanisms to ensure equity is vital both to depoliticizing critical decisions and reestablishing a modicum of trust in government.

The challenges facing the left in Israel’s government, however pronounced, are not exclusive to this part of the political map alone. They may be discerned, to various degrees, in each one of the eight political parties composing the present government. Nor are they the lot only of Israel: they may be found in most highly polarized societies throughout the globe. In no place will they be resolved by adherence to an elusive and directionless status quo. The road to regaining control of one’s destiny here — as elsewhere — passes through pointing to ways to move forward in new directions, while constantly reaffirming an unswerving commitment to foundational values. Though this may not ensure the longevity of the present government, it would still constitute a giant step towards securing Israel’s future as a democratic state at peace with its neighbors.