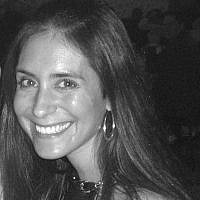 The Blogs
Eilleen Eisenberg
Apply for a Blog
Advertisement
Please note that the posts on The Blogs are contributed by third parties. The opinions, facts and any media content in them are presented solely by the authors, and neither The Times of Israel nor its partners assume any responsibility for them. Please contact us in case of abuse. In case of abuse,
Report this post. 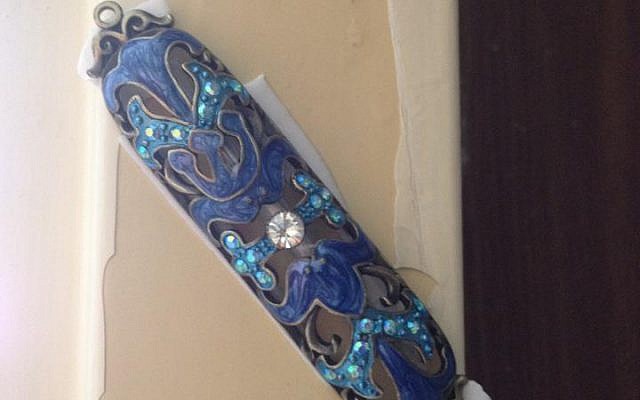 I’m so excited to share this story with you! It has to do with one of my favorite run-ins with an Israeli in the States. This particular situation took place soon after I finished college (although I still get recurring dreams that I’m not going to graduate, but that’s another story).

In my early twenties, I moved to NYC and immediately became friendly with the girl living next door to me. We bonded over the mouse living in between our walls. After a few years of living next-door to one another, we both decided to find new apartments. She left a few weeks before I did, so on the day of her move, I stopped by her place to see if I could help (even though I knew there was nothing I could do, so it was really an empty offer). When I entered her apartment, I noticed that she hired a very attractive mover. I could tell right away that he was Israeli, so I made my move and the following ensued:

Israeli Mover: “Yes, are you?”

Me: “Not yet. I have a question although. Am I supposed to take my mezuzah with me when I move out?”

Israeli Mover: “If the new people moving in are Jewish, you keep it on the door for them.”

Me: “Ok. Thank you. By the way, I must tell you that I love Israelis … I mean Israel. Well, both, but I really, really love Israel! I don’t think anyone loves that country like I do.”

Israeli Mover: “Oh yeah? I love Israel so much, that I was going to get a tattoo of the Israeli flag on my arm.”

Israeli Mover: “I am Israeli before I’m Jewish!”

Me: “You are Israeli BECAUSE you’re Jewish!”

No, this dialogue wasn’t about Jewish people and tattoos. It also had nothing to do with our mutual love for Israel. This conversation was about an understanding … an understanding of how Judaism and Israel go hand in hand, and the importance of reminding ourselves of that. Especially today.

For those of us who are Jewish and live outside of Israel, we need to remember that Israel is our support, and we must support Israel, starting with our rhetoric. I’m referring to the current “anti-Semitism and anti-Zionism aren’t the same” statement that keeps floating around. Aren’t they alike? Aren’t they the same thing?

For the Jewish person living outside of Israel, has anyone in your inner-circle ever degraded Israel in front of you? Did you want to defend the country, but felt a bit uncomfortable doing so? Did you feel that you lacked the proper knowledge to respond? Were you not bothered with what they said because after all, you don’t live there? Did you simply not care? Do you care?

We know we always have a home in Israel, even if we don’t speak up for the country. Israel protects the Jewish people in every way. The Jewish people should be protecting Israel, at least with their words.

During my aliyah, I learned the most amazing thing from an Armenian Christian taxi driver in Jerusalem. This was our conversation:

Taxi Driver:  “You know the Hebrew letters for Israel are yud, sin, resh, aleph and lamed?

Taxi Driver: “Do you know what each letter of our country stands for?”

Taxi Driver:  “Yud for Yitzchak and Yaakov. Sin for Sarah. Resh for Rachel and Rivkah. Aleph for Abraham. Lamed for Leah.

There you have it. Our founding fathers and mothers. Israel and Judaism. Judaism and Israel. There’s no order here. Neither comes first. Kind of reminds me of the first time I thought I was waiting on a line in Israel.

I can’t believe I almost forgot to tell you! Do you want to know what happened after that conversation I had with the Israeli mover?  Let me reiterate a few lines from our discussion in order to provide you with our conclusion:

Israeli Mover: “I love Israel so much, that I was going to get a tattoo of the Israeli flag on my arm.”

Israeli Mover:  “I am Israeli before I’m Jewish!”

Me: “You are Israeli BECAUSE you’re Jewish!”

So, what happened next? We both went and got matching tattoos. I’m kidding! They looked nothing alike.

But Israel and Judaism, they are very much alike.

About the Author
Eilleen worked as a writer/producer for Cable Television promotional copy in the US. She fulfilled her dream of making Aliyah years later. She uses her energetic, creative, fun and quirky style to be an advocate for Israel.
Related Topics
Related Posts
Eilleen Eisenberg
Comments