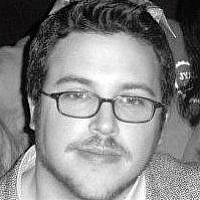 The Jewish community is majority progressive. There may be Jews who are prominent in conservative politics and thought, and they may punch above their weight, but the Jews of the right are a definite minority.

Both left-wing and right-wing Jews claim the Jewish history and tradition as their anchor and foundation — but who is correct?

The modern progressive Jew claims a biblical mandate to fight anthropocentric global climate change, to fight against efforts to protect the unborn, and to fight for limiting someone’s right to self-defense. Modern progressive Jews often make up a disproportionate high number of “allies” in a number of struggles from the contemporary anti-police crusade to the effort to allow biologically male students into girls’ locker rooms, and more. They have, in recent history, been the vanguard of protests against former President Bush’s expansion of presidential power, and were silent when President Obama has continued doing so.

Jews of the right believe that human life is the highest order value. More important to them than the Chicken Littles who claimed two decades ago that Manhattan would be beneath the ocean by today, are the hundreds of millions of people whose lives can be lifted out of abject poverty across the developing world by using modern technology to build economies.

Jewish political conservatives are aghast at the abortion extremism in today’s cultural landscape, which views late-term abortion as normal and parental consent for an operation for a minor as a criminal infringement of basic human rights. They object to the mythology that police are hunting African Americans and remember that a different leadership within that same community has often called for more police presence. They have been among the loudest voices against the accumulation of extra-constitutional power by the imperial presidency.

Both groups claim they are the authentic political expression of the Jewish tradition. Both often trot out textual evidence to support their claims. But which fits better into the history of abuse Jews have suffered at the hands of big intrusive governments, or of Jewish success in regimes more prone to what now is called classically liberal values? Which better fits with the biblical admonishments to respect life, private property, to honor thy mother and father, and to establish a court system?

About the Author
Joshua Einstein has lived in Hoboken since January 2007 and is Chairman of both the Hudson County Young Republicans and the Hudson County Republican Club (HudsonRepublicans.com). He enjoys writing and has been published on political and Jewish topics in over 13 sites and newspapers including the Record, Jersey Journal and EJewishPhilanthropy.com. Originally of Teaneck, he was honored in 2010 by the Bergen County High School of Jewish Studies which he attended as a student. He founded Moishe House Hoboken in 2007, making NJ host to the then 8th Moishe House in the world. In 2003 he attended the 34th World Zionist Congress with Mercaz USA. As an Israel activist on campus during the Second Intifada he was a part of the first Hasbara Fellowship training trip to Israel in 2001, then sponsored by Aish HaTorah and the Israeli Foreign Ministry. He was President of Hamagshimim, the former collegiate arm of Young Judaea in 2001/2002.
Comments