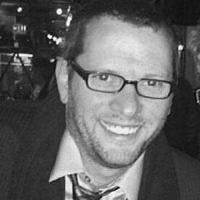 The death-by-suffocation of over 70 Syrian refugees on the side of the highway in Austria was a true humanitarian disaster. The drowning of Aylan Kurdi, a 3-yr old Syrian refugee desperately trying to reach Europe, is yet another completely avoidable tragedy. His family’s story gets worse; both his mother and 5-yr old brother also drowned. Actually, Aylan’s body was only one of 12 bodies that washed up on the Turkish shore on Wednesday alone. When is it enough? When will the international community finally get involved in the biggest refugee crisis in generations?

While these stories are incredibly alarming, the true horror is in the numbers. There are somewhere between 16-20 million refugees worldwide, 4 million Syrian refugees alone. This year more than 300,000 refugees have already reached Europe — and its only early September. Thousands are dying at sea and on land trying to reach for a better life. We need a solution — a holistic, universal approach that involves the entire international community. As one commentator put it, “16 million refugees are not some other country’s problem.”

However, the international community is at a loss. The European refugee regime has collapsed, and politicians are playing the blame-game and recklessly passing the responsibility to others. Hungary’s Prime Minister, Viktor Orban, curiously said that the crisis is Germany’s problem, since most of the refugees arriving in Europe want to go to Germany. More sensible leaders are calling for an overhaul of the refugee regime within the EU but the truth is that doesn’t go nearly far enough. To resolve a crisis of this magnitude, virtually every country on Earth will have to play its part. While this may seem impossible, if we look at history, we can see examples of how this has worked successfully.

Arguably the most successful refugee resettlement program of all time was the Hungarian refugee crisis of 1956, a result of the Soviet clampdown of the Hungarian uprising against communism and occupation. During the crackdown thousands of Hungarians fled and by the spring of 1957, when the mass movement effectively ended, 180,000 had crossed into Austria, and another 20,000 into Yugoslavia. Initially these refugees were put in camps, yet by the early 1960s, the camps were closed with every single refugee resettled. Countries around the globe ignored their own immigration laws and policies in an effort to help. Canada relaxed its ban on resettlement in winter and began an expedited process; the US issued temporary visas; Sweden actively looked to take in the sick and elderly.

When the camps closed 180,000 refugees had been relocated to third countries, while some remained in Austria or Yugoslavia, and others voluntary repatriated back to Hungary. In all, over 35 countries were involved in what has been described as the most successful refugee resettlement program ever conceived. Indeed, the handling of this refugee crisis greatly strengthened the international refugee protection system, and became the benchmark by which humanitarian organizations and the international community were to deal with refugees for decades to come.

To be sure, the crisis unfolding in Europe now is far bigger than the ’56 Hungarian crisis. Moreover the crushing of the Hungarian uprising that precipitated the refugee crisis ended quickly, unlike the current crisis which, as a direct result of the wars in Syria and Iraq, will not be ending anytime soon. This means that Europe can only expect these numbers to grow. So, if it took 37 countries to help resolve the 1956 crisis, how many will it take to solve this one? Many. Far more than are in the EU.

States around the world need to help. This isn’t about Europe alone. Aylan Kurdi’s family was denied asylum in Canada, which is why they were on a boat in the Mediterranean in the first place. But where is Australia? New Zealand? America? Of the 4 million Syrian refugees, the US has accepted less than a thousand — despite the fact that it accepts more refugees for resettlement than any other country. And where are the Eastern countries? Where’s China? Japan? Where’s Latin America? Where are the Gulf States? Aren’t these Syrian Arab refugees their brethren? Perhaps Qatar should take some time out from harboring terrorist financiers and try actually to help solve a crisis in their neighborhood.

The international community’s responsibility doesn’t end there. Unless the wars end, the refugees won’t stop coming. Perhaps now, with the refugees arriving en masse the world may actually get involved and help to stop the bloodshed, which has claimed over 200,000 lives. Real action, rather than ineffectual, limp airstrikes, is needed.

In the ’56 crisis there was a willingness to solve the problem. Where is that spirit? Where is that drive?  Now all we hear is that it’s someone else’s problem; after all they’re neither Christian nor white.

About the Author
Ari Rudolph is a political risk analyst currently working in philanthropy. Before graduating from Hebrew University with a Masters in Diplomacy and National Security, Ari served as a lone-soldier in the IDF. Over the years, Ari has lived and worked in Johannesburg, Washington, D.C., New York and Israel, where he worked at the Israeli Foreign Ministry.
Comments