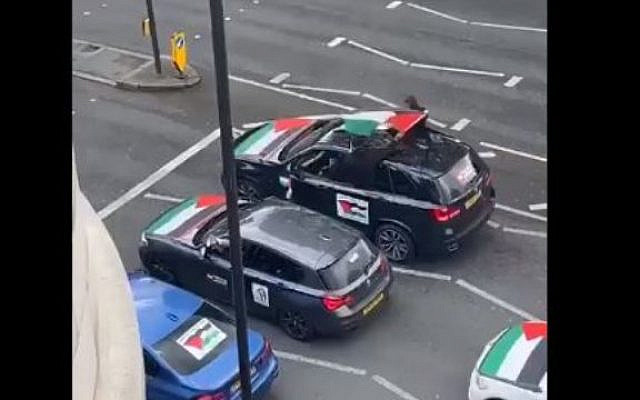 By now, you’ve probably seen the video of the four British thugs who shouted anti-Semitic expletives from their car in North London. The event took place moments from my parents’ home and I found the video footage profoundly upsetting.

Thankfully, they have been arrested. But you’re probably asking yourself, like I am, how this could be a proportionate response in the UK for actions currently taking place in the Middle East.

I don’t need to tell you about the ongoing one-sided mainstream news reporting, or how some outlets shared offices with terrorist organizations — before Israel warned America that it would destroy the base without a single casualty. People have their views on that and nothing said, written, tweeted, or shared will likely change anyone’s mind at this point.

I do want to ask about the actions that are taken by these despicable thugs who drive down a heavily Jewish area feeling entitled to spread the hate that came from their minds.  It is not the actions of the last few days that cause this type of thinking. It is never one news article that radicalizes.

My mind thought back to August 2017 when we saw Neo-Nazis gather in Charlottesville, Virginia, singing that “Jews Will Not Replace Us.” The horrid scenes made themselves onto almost every outlet in America and were cited as a result of the words and actions of then-President Trump who was “emboldening” bigots. At least that’s what The Atlantic, Economist, USA Today, and The Guardian said about it at the time.

Perhaps. But between America’s concern of Jews replacing their people and the UK’s desire to rape their daughters, Jews currently have hate directed at them with mainstream voices only blaming one person for these actions – the president who would move America’s embassy to Jerusalem, help obliterate ISIS, and be the mediator of peace agreements and normalization ties between Israel and various Arab nations.

I would like to suggest a few more voices who are sharing constant and unbalanced anti-Israel views that can blur the lines into plain anti-Semitism.

No other political leader in recent times caused more damage to the British Jewish people than former Labour Party leader Jeremy Corbyn. If we want to understand how we got to a position where young Brits are screaming for the destruction of Israel, perhaps we should ask what Corbyn thinks about his “friends”, Hamas.

Corbyn may have faced a crushing defeat in 2019 but his popularity among young people still remains high. This week he is speaking at pro-Palestine rallies and protests around the UK making his thoughts on this issue clear. He has called Hamas, who have not held fair elections in 15 years, his “friends.” They, in turn, “saluted” him back in response as an “act of great respect and appreciation”. He has shown unwavering support for the militant group and terrorist organization which is currently causing me to sleep in stairwells and bomb shelters.

In the US, the emboldeners of those who may seek to destroy Israel and rape our daughters are currently those with the loudest voices. Democratic candidate for president Bernie Sanders wrote an op-ed in the New York Times that called Americans apologists for Netanyahu’s government which is currently fighting back against indiscriminate rockets hitting Jews, Arabs, and Palestinians. He called Israel a “system of political and economic oppression” and described the country’s efforts to defend itself as an “authoritarian type of racist nationalism.”

Words written by someone who gave both Hillary Clinton and now-President Joe Biden a tough fight in the primary challenge deserve our attention. His supporters, who describe themselves as Democratic Socialists, have heard anti-Israel and anti-Semitic tropes yelled from podiums for two election cycles.

Still, Sanders is a two-time failure of a presidential candidate and his best years are thankfully behind him. There are other pro-Palestine, anti-Israel members of Congress who can be associated with this new emboldened level of anti-Semitism. Alexandria Ocasio-Cortez, a rising star in the Democratic Party and frequent front-page star of Vanity Fair, called Israel an “apartheid state.” 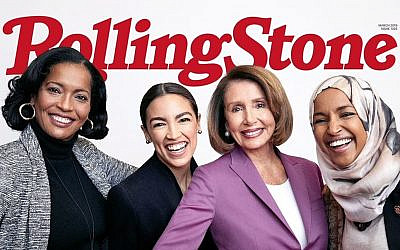 Another member of the young, media-adored ‘Squad’, Rashida Tlaib, deleted a tweet with the caption “from the river to the sea, Palestine will be free.”

These people cannot and should not be taken seriously. They speak in sound bites designed to fit in tweets or printed on the covers of magazines. However, the next generation of Americans who share anti-Israel sentiments is growing — their words are being heard. And they are emboldening the hate we today see in streets in western, first-world countries.

We used to hold the words and actions of our political leaders to a standard. We were told they had consequences. Now, as I watch hate spreading across my London hometown streets from a bomb shelter in Tel Aviv, I can’t help but think of the people that got us here.

The people who emboldened them.