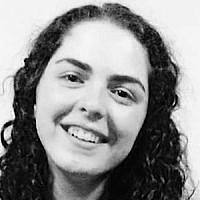 The Blogs
Sofia Freudenstein
Apply for a Blog
Advertisement
Please note that the posts on The Blogs are contributed by third parties. The opinions, facts and any media content in them are presented solely by the authors, and neither The Times of Israel nor its partners assume any responsibility for them. Please contact us in case of abuse. In case of abuse,
Report this post.

This week’s parsha talks about the case of the false prophet [1].  A prophet in the community is required to give signs to validate his [2] legitimacy as a prophet.  But even then, if the prophet says to worship foreign gods (which is against halakhic practice), the people should not listen to him, and shall be put to death.

Today, even though we live in a world without prophets, the above criteria are still incredibly significant and raise many contemporary questions.  What qualifies as a Divine sign of legitimacy?  Does God truly intervene in our lives of human beings in this fashion?  How are we, mere mortals, to determine when we are stepping outside the boundaries of Halakha?

Ramban [3] provides an easy solution to the question of what these God-given signs are: the signs are miraculous and outside the laws of nature, like Moses’ staff turning into a snake.  Luckily (or at least in my perspective), as we learn from the Babylonian Talmud story of the Oven of Akhnai [4], God has given humans the authority to make halakhic decisions.  Even if God were to come down in a pillar of fire, or split a sea to prove a point, it does not matter.  Supernatural symbols are not applicable in Halakhic Judaism of the Talmud and today.

Ibn Ezra [5] says that if these Divine signs “flip the balance of logic,” or are irrational, they should not be believed.  But what qualifies as illogical?  How does one even define logic within Judaism?

According to the secular conception of logic, how would reviving someone from the dead, a biblical act of legitimizing a prophet [6], be “logical”?  Does religion require logic in order for it to be legitimate and meaningful?

Chizkuni [7] suggests that the prophet from Parashat Re’eh is a prophet who starts off as a “true prophet” and then becomes a “false prophet.”  The example Chizkuni gives of this is the biblical character Chananya son of Azur, whose narrative can be found in Jeremiah 28.  In short, Chananya promises that God will shorten the Babylonian exile, and then breaks the yoke on Jeremiah’s back to represent the yoke of Babylon being crushed.  The prophet Jeremiah hopes his words are true, but God tells him that Chananya is lying and that he should die for his false prophecy.  However in the text, Chananya is only later described as lying. His original words in the text do not necessarily imply this, based on the neutral verbs used to describe his speech.  Did he realize he was lying?  Was he attempting to act maliciously?  Why is a message of hope understood as an act of heresy?

All of the issues raised above are being dealt with in the Modern Orthodox world today.  Over the past few weeks, after the ordination of Orthodox women in Israel [8], Rabbi Avi Weiss choosing to leave the Rabbinical Council of America [9], the Haaretz article Is Orthodox Judaism on the Verge of a Historic Schism? [10], and Rabbi Willig’s article Trampled Laws [11], these questions have become the elephants in the room.  Who has authority to make halakhic decisions?  With the rise of social media and more access to halakhic resources available to the general public, are rabbis the only individuals capable of making halakhic decisions?

Halakha, does change- but within a process.  What is this process?  How do we identify the boundaries?  How is authority involved in making these decisions?

I voice these questions as a young, curious, and maybe too naive, halakhic individual.  If these questions seem obvious to some, it needs to be recognized that these concerns are still not explicitly discussed and need to be acknowledged and brought up in public discourse.  We need to make sure we won’t identify the false prophet incorrectly.

There is a midrash about the prophet Jonah [12], answering the question of why Jonah initially refused to deliver his prophecy to Nineveh.  The midrash says that Jonah was labelled as a false prophet because he declared that Jerusalem would be destroyed, when in the end, his prophecy was not fulfilled because the people returned from their evil ways.  Even Jonah, a man who communicated with God according to the biblical text, was accused of being a false prophet, the type that the text in this week’s parsha warns about.  We need to discuss our boundaries and our concerns about the state of Modern Orthodoxy- in a productive and not critical tone, to ensure that we do not misidentify and cut out people from our community.

We need to figure out what defines a “false” prophet- are we worried that what some suggest is illegitimately pushing the boundaries of halakha, or are we just afraid of on-going halakhic change?

2. For the sake of simplicity, I will be using the male pronoun from now on.  However, it is to be noted that there were also female prophets in Tanakh, such as Miriam, Deborah and Huldah.

About the Author
Sofia Freudenstein is a high school student at the Community Hebrew Academy of Toronto. Sofia participated in the International Bible Contest and placed 6th, went on the Drisha Summer High School Program for Girls, and is a 2015 Bronfman Fellow. She used to identity as a non-denominational Halakhic Jew, but is leaning towards calling herself Orthodox. She has a love for Jewish Studies, history, and sociology.
Related Topics
Related Posts
Comments