Some 200 Palestinians from the Gaza Strip traveled on Friday to pray at the Al-Aqsa mosque in Jerusalem after having received permission from Israeli authorities.

And what do we learn from this?

First, Israel practices an extreme form of freedom of worship, permitting residents of an enemy entity to visit a site holy to them while denyint the same to Jewish citizens of its own state.

Second, this is probably the reason we have observed a growth in pro-Hamas demonstrations and rallies, with flag and banner waving: 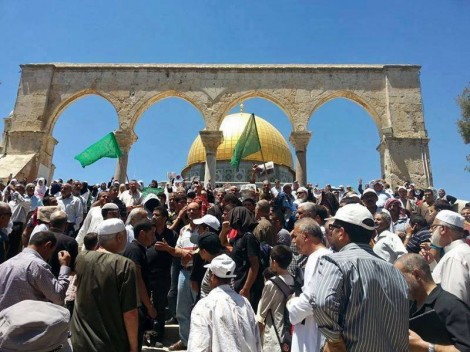 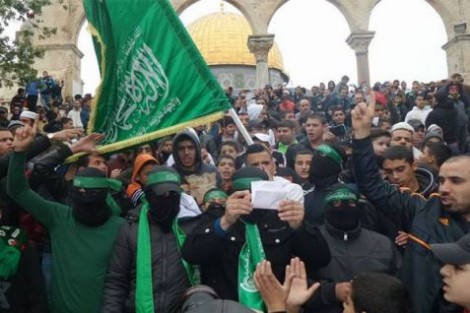 Third, perhaps Jews should move back to Gaza in order to benefit from the right to free access and worship at the Temple Mount.

In the meantime, the Islamists are reporting 15,000 Jewish visitors who have “stormed”, “broken in”, “desecrated” and what not at the Temple Mount. Not bad a balance.