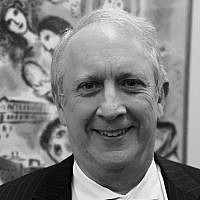 The Blogs
Murray Teitel
Apply for a Blog
Please note that the posts on The Blogs are contributed by third parties. The opinions, facts and any media content in them are presented solely by the authors, and neither The Times of Israel nor its partners assume any responsibility for them. Please contact us in case of abuse. In case of abuse,
Report this post.

Between June 25 and July 19, 2020  there were 13 attacks (one every two and a half days) causing major explosions or fires in Iran.  Some of them were directed at sites used to develop missiles and nuclear weapons. They caused very serious  damage and significantly set back Iran’s effort to be able to deliver a nuclear bomb. Also targeted were other  military, manufacturing and infrastructure installations.

There were two other  incidents, both in Tehran, an explosion at a medical clinic on June 30 that killed 19 people and a July 11 gas explosion in a residence  that were  likely caused by  accidents.

It is not publicly known what country or group is behind these attacks but Israel is  considered the usual suspect by the academics and others who profess to understand these matters.

Israel does not reveal what clandestine attacks it carries out in Iran.  There was one exception which reveals a formidable capacity.  On January 31, 2008 Israeli agents, without firing a shot or pulling a knife, penetrated the alarm system, two doors and 32 safes of a Tehran warehouse  containing the archive of  Iran’s nuclear program. With all of Iran’s security forces trying to find  them,  they spirited a ton  ( literally) of documents and computer discs  out of the country. We know about this exploit only because Israel then showed many of these purloined documents to the International Atomic Energy Agency to lead it to sites where it did not know nuclear production was taking place  and to the rest of  world in order to prove that at a time when Iran was claiming to be engaged in nuclear research for peaceful purposes it was actually working on a nuclear bomb.

Obviously not on a moral par with the capture of Eichmann or the rescue at Entebbe  but pretty daring nonetheless.

The interesting question is: why is all this happening now? Conventional academic opinion appears to be that,  with Trump likely to be replaced as president with Joe Biden, the ( as it perceives him)   Neville Chamberlain/ Barak Obama mould Iran appeaser, Israel sees  only a six month window in which  to attempt to retard Iran’s attempt to achieve nuclear capability.

Or could there be a different explanation?

A review of the incidents reveals  that most of these attacks were likely not carried out by Israel.

If Israel’s interest is preventing Iran from producing atomic bombs  and missiles  then why would it be wasting resources on  attacks  (such as blowing up a pipeline) which have nothing to do with atom bombs or guided missiles?

Significantly, these explosions began at the same time as there  emerged leaks about a $400 billion 25 year agreement China and Iran were working toward which would see China build Iranian infrastructure in Iran in exchange for discounted Iranian oil. China is easily the world’s largest importer of crude oil.

Such an agreement would, at least in the  short term, undermine US attempts to isolate Iran and bring about a collapse of its terror sponsoring leadership. The long term effect might be different since such an agreement will be viewed by even regime supporters as selling their country to a foreign power  but that is a different topic.

The kind of infrastructure China  would build for Iran or require in order  to get crude oil onto tankers bound for China are  precisely the kind targeted in many of the thirteen  attacks.

Of particular relevance is the July 14 fire at the SALCO aluminum factory since it was built by China. Aluminum is one of the commodities covered by US sanctions against Iran introduced by executive order on May 8, 2019. Iran has its own deposits of aluminum  (not surprising given that it makes up 8% of Earth’s crust and is its most abundant metal.) With its own aluminum producing capacity, Iran would be inoculated from the prohibition imposed by the US against selling aluminum to Iran. Indeed, just the day before the explosions started, Reuters revealed a secret Iranian facility in north eastern Iran where aluminum powder, a key ingredient in the production of solid fuel propellants used to launch missiles, is produced.

The project was funded by the IMIDRO, Iran’s largest holding in mining and metals sector, and Ghadir Investment Company, where Iran’s Social Security Organisation and pension funds related to the armed forces are the main shareholders.

It was opened only on April 23, 2020 by  Iranian President Hassan Rouhani himself. In Iran the launch of this factory was a huge event and the message sent by the saboteur little more than two months later could not be clearer.

So while Israel is likely responsible for the attacks on  Khojir, Shiraz and Natanz, the majority of the  sabotage must come not from Israel but from the US with or without Israeli support and is designed to discourage China from committing itself to Iran by showing China what will happen to anything it builds or underwrites in Iran and the ease with which a supply of crude to China could be interdicted.

China understands this but whether or not it will be discouraged from committing to  deeper ties with Iran remains to be seen.

About the Author
Murray Teitel works in Toronto as a barrister and writes art criticism and other journalism on a freelance basis.
Comments