The Blogs
Joel Moskowitz
Apply for a Blog
Advertisement
Please note that the posts on The Blogs are contributed by third parties. The opinions, facts and any media content in them are presented solely by the authors, and neither The Times of Israel nor its partners assume any responsibility for them. Please contact us in case of abuse. In case of abuse,
Report this post.

It is UN week in New York and all eyes are seemingly focused on Russia, Syria and ISIS. I will leave it to better-informed pundits to decide if President Putin outplayed President Obama. However, I can tell you that in this dangerous environment the US and the West need to line up as many allies as they can. Nowhere is that more apparent than in Africa, a continent plagued with poverty, corruption and radical Islamists yet blessed with resources, a determined populace and some of the fastest growing economies on earth.

Unfortunately, in Africa it is a rare instance to see smooth, democratic transitions of administrations, so when they happen it should be big news. Perhaps world events have forced attention away from one place the world needs to focus on right now, Tanzania. I’m here to ask you to pay close attention as a lot is at stake.

Tanzania will have a presidential election on October 25. Ordinarily, this might not be front-page news in the West but this election is different; it is actually being well contested, the incumbent party — in power since independence from Great Britain might actually lose and the geopolitical stakes are at the highest point ever.

Current president J.K. Kikwete attempted to hand pick his successor, this is no surprise as corruption and mishandling of off shore gas tenders has cast a suspicious shadow over his two terms in office. His party CCM had an insurgency that attempted to take over the party and clean house. While the rebellion had many factions, the largest belonged to former Prime Minister Edward Lowassa.

When it became apparent that Lowassa would get the party’s nomination, Kikwete used all of his political muscle to get Lowassa off the intra-party ballot. As a result, rather than secure the nomination for his own choice the party selected Minister of Public Works Dr. John Pombe Magafuli. The best way to describe this is to imagine President Obama putting all of his muscle behind Bernie Sanders in order to stop Hillary from getting the nomination but in the end the party chooses Martin O’Malley. Who is Martin O’Malley you ask? Exactly! Well, just so you know, O’Malley is a competent, former governor of Maryland with a mixed record, currently polling at 1% name recognition that is running as a Democrat for president.

Now, imagine the above scenario, but instead of taking it on the chin, Hillary bolts and runs as the Republican nominee, vowing to break gridlock in Washington and uniting the country. Suddenly an election that all data showed was going to be a Democratic landslide proves to be too close to call. In Tanzania, Lowassa joined a confederation of opposition parties heading the ticket and has sparked what experts believe will be the closest election ever on the African continent. That is not only headline worthy, it’s a political tsunami.

Who is Edward Lowassa? For starters he is a reformer who cannot be bought. He is a patriot who seeks to negotiate better and fairer terms for his country from foreign investors. He is a successful businessman who looks to the West (not just China) to assist one of the fastest growing economies in the world build its infrastructure. He is a free market democrat, an eloquent spokesman for his people and a charismatic and popular leader who is attracting record crowds while he travels the country and stumps for office.

Most importantly to us in the West, he is someone who can be relied on to be a bulwark against the spread of ISIS, Boko Haram and Al Quaida. He is a unifier and a known quantity. He is experienced, well known and popular. He has a proven record of governance and maverick ideology.

Lowassa is so popular and is making such inroads that the incumbent party has taken to payoffs, corruption, collusion and dirty tricks to try and stem the Lowassa tidal wave from landing. Lowassa’s strategy to fight back is to win by the biggest margin possible so his opponents cannot steal the election from him.

I have spent enough time in Tanzania to know no matter the outcome of the election the country’s strong willed, peaceful people will be not allow their homeland to sink into chaos but I do know they will be better served with a new face and that new face is the very familiar Edward Lowassa. 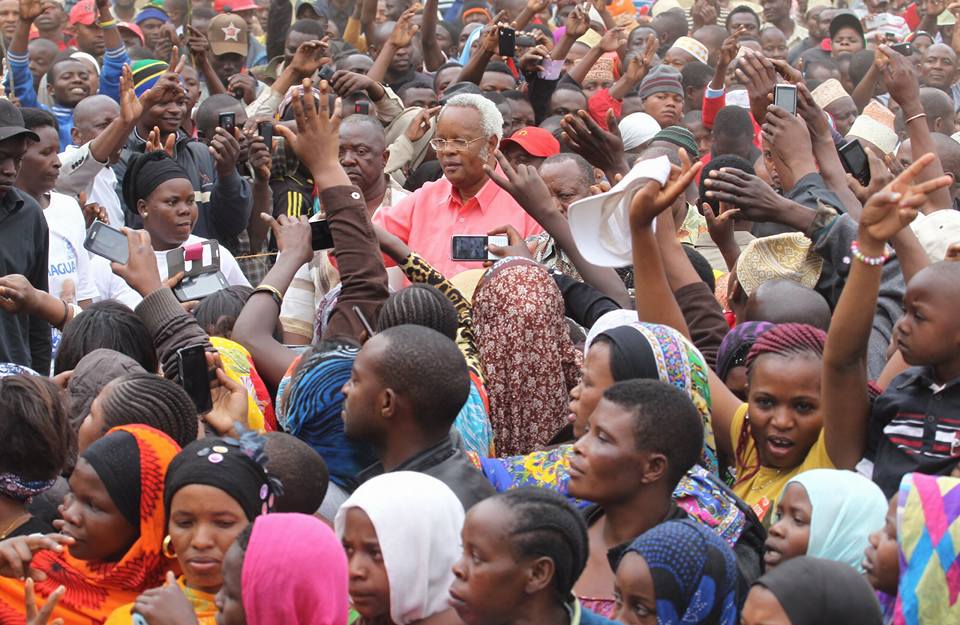 Lowassa draws record crowds throughout Tanzania while campaigning. This election is expected to be the closest ever in Africa.
About the Author
Joel Moskowitz is a businessman and writer who finally made it to Jerusalem. He is currently chronicling this move in an Aliyah Journal posted on this site.
Comments