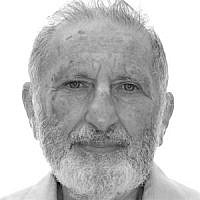 The Blogs
Sheldon Gellar
Apply for a Blog
Advertisement
Please note that the posts on The Blogs are contributed by third parties. The opinions, facts and any media content in them are presented solely by the authors, and neither The Times of Israel nor its partners assume any responsibility for them. Please contact us in case of abuse. In case of abuse,
Report this post.

The Sudanese economy is in free fall. Inflation is over 60 percent. Sudanese can’t afford to buy their daily bread. Food and fuel shortages are everywhere in the country. The people are unfed and fed up. The health system is collapsing. Popular protests condemning the regime’s economic policies have spread and intensified throughout the country.

The Sudanese don’t believe Omar al-Bachir’s promises to implement the economic and political reforms needed to prevent Sudan from becoming another failed African state. The protesters are now demanding that al-Bachir resign after being in power for twenty-nine years. Who will save Sudan?

The United Nations and International Institutions? Not likely. The UN has done little to alleviate the alarming humanitarian crisis in Darfur. Thanks to the massive destruction of infrastructure and villages by government forces and local militias, agricultural production has plummeted, resulting in a sharp rise in hunger and malnutrition among children.

The UN is preparing to withdraw most of the ineffective police and military forces sent by the United Nations and Africa Mission in Darfur (UNAMID) a decade ago to protect civilian populations. Despite claims by the government that security has been almost fully restored and that it is now safe to return to their villages, over two million Darfurians still have refused to leave Internally Displaced Persons (IDP) camps. They know it is not safe.

The IMF prodded Sudan into accepting its conditions to receive credit needed to stabilize the economy and start paying its 54-billion-dollar foreign debt. Rather than contributing to solving Sudan’s economic crisis, the application of IMF austerity measures has aggravated it.

The canceling of food, fuel, and other subsidies on basic goods, tightening of bank credit, and a sharp drop in the value of Sudanese currency have made life unbearable for most Sudanese and was the main catalyst sparking the protest movement.

Western Nations? Terrorism and anti-immigrant sentiments at home lie behind the decline of Western policies condemning violations of human rights and oppressive political regimes in Sudan and other African countries. The West can no longer be counted on to condemn or support the ouster of al-Bachir and his corrupt regime.

The European Union no longer regards Sudan as a rogue state. Sudan is now seen as a partner in the fight against Islamist terrorism and stopping African migration to Europe passing from and through Sudan. Sudan has made a deal with Chad to work together to stop African migration to Europe to enable them to get more political support and financial aid and less criticism of both countries’ abysmal human rights records. The EU sends tens of millions of dollars in humanitarian and development aid ostensibly to help Sudan improve living conditions, government services, and infrastructure to rebuild the devastated regions. At the same time the EU has toned down its condemnation of the Sudanese government’s political repression and ongoing ethnic cleansing campaigns.

The United States which levied economic sanctions in 1993 and regarded Sudan as a state supporting Islamist terrorist movements and guilty of genocide in Darfur now seeks to reward the al-Bachir regime for providing intelligence on Al Qaeda, the Islamic State, and other Islamic terrorist movements operating in Africa and The Middle East.

Sudan’s newfound ‘friends’ are there to protect and advance their own interests and have little concern for the freedom and economic well-being of the people of Sudan. Led by South Africa, Chad, and other African authoritarian regimes, the African Union is working to stop efforts by the International Court of Justice to have Al-Bachir arrested for his role in instigating the regime’s crimes against humanity and genocide in Darfur.

Authoritarian regimes in Russia, China, and Turkey support al-Bachir to get a foothold in Africa and extend their influence on the African continent.

The alliance between Sudan and Egypt, Saudi Arabia and most Sunni Gulf states is based on the latter’s efforts to stop growing Iranian influence in the Middle East rather than any sense of solidarity and brotherhood with a fellow Sunni Arab state. Sudan sends troops to Yemen to fight Houthi rebels aligned with Iran for money. Sudan offers access to its ports and arable land for money and political support. Qatar offers Sudan moral and financial support to regain favor with other Sunni states.

The al-Bachir regime is not capable of saving Sudan. It is too corrupt, incompetent, and out of touch with the people. So, who will save Sudan from descending further into the abyss?

The people will save Sudan!

The popular uprisings began as a non-violent protest against the government’s disastrous economic policies. Initiated by courageous professionals and leaders of Sudanese civil society, the protest has grown and evolved into a demand to oust Bachir.

Doctors and journalists are documenting the use of live ammunition, tear gas, and beatings by government security forces to quell the demonstrations and report on the number of people killed and wounded. Journalists have been arrested, beaten, and tortured, Sudanese newspapers seized, and internet communications shut down in an attempt to stop the people from getting accurate information.

Despite seeing many of their leaders arrested and denounced as traitors, Sudan’s major opposition political parties are uniting to bring down the regime. Sadiq al-Mahdi, a former prime minister and president of a broad coalition representing opposition political parties, civil society and rebel movements returned from exile after the protests began. Shortly after his arrival, he called for Al-Bachir’s ouster, the ending of hostilities in conflict regions, and a peaceful transition to a democratic regime.

Abdel Wahid, the leader of the Sudanese Liberation Movement/AW in Darfur, and leaders of other rebel movements still battling the regime militarily have declared that their movements will not participate in the demonstrations to avoid giving the government an excuse to violently crush the protests. They deny the ludicrous charges that the SLM/AW, backed by Israel, are organizing the demonstrations and shooting peaceful protesters to discredit the regime. The rebel forces support the people through their determination to continue their fight against the regime in their regions.

Loss of Support within the Regime

There is growing hope and signs that al-Bachir may soon be forced to quit. When giving a speech in a town that had been one of his former strongholds, al-Bachir was booed and obliged to withdraw after denouncing protesters as traitors and mercenaries. He seems to be increasingly isolated and emotionally unhinged.

Al-Bachir no longer has full control over all of his security forces. Elements within the army have refused to fire on the protesters. Some have even joined the protest. He can’t count on the army to put down the protest. The Rapid Support Forces (RSF), answerable only to Al-Bachir has shown little enthusiasm for defending him and the regime. In fact, the current head of the RSF has highlighted the government’s corruption and incompetence as the main cause of the mass protests. Finally, rivals for leadership within his party and the intelligence services may use the mass protests as an opportunity to force him out and take power to save the regime.

Saving two hours on flights from Israel to Brazil and other Latin American destinations is not a worthy reason for the Israeli government to shore up a kleptocratic and undemocratic regime hostile to Israel. It is time for Israel to get on the right side of history and ally with Sudanese democratic forces in their quest for a better future.

We could start by abandoning policies threatening Sudanese asylum seekers with forced deportation and instead offer them access to Israeli public services, opportunities for employment, and training that can be used to rebuild Sudan when they return. We too can be the people who help save Sudan.

About the Author
Sheldon Gellar is a Jerusalem-based Africanist scholar and international democracy and development consultant. His work is based on research and lessons learned from living in five different cultures, Metropolitan New York, the American Mid-West, France, Africa, and Israel.
Comments