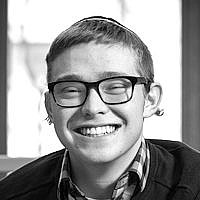 The Blogs
Netanel Paley
Orthodox Jewish Human Rights Advocate
Apply for a Blog
Please note that the posts on The Blogs are contributed by third parties. The opinions, facts and any media content in them are presented solely by the authors, and neither The Times of Israel nor its partners assume any responsibility for them. Please contact us in case of abuse. In case of abuse,
Report this post. 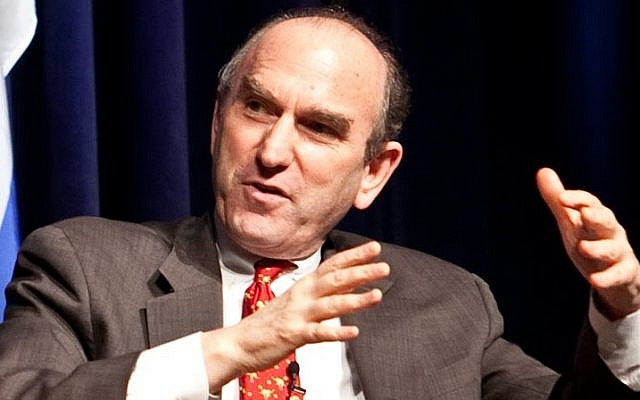 If you are at all familiar with the Jewish institutional landscape in the greater New York area, you’ve probably heard of the Tikvah Fund. Your child may have attended one of their summer programs for high school and college students, or, if your child attends the Heichal HaTorah high school in Teaneck, New Jersey, may be enrolled in a history or English class featuring Tikvah-sponsored curricula. Perhaps you attended a lecture by a Tikvah-funded scholar at one of the shuls in your neighborhood. If not, you likely have read an article in one of the many publications they fund, such as Mosaic, Tablet, Azure, and the Jewish Review of Books. What you are likely not as familiar with, however, is the long resume of new Tikvah chairman Elliott Abrams.

Mr. Abrams, who was just appointed chairman of the Tikvah Fund’s board by outgoing chairman Roger Hertog, is perhaps best-known for serving as Assistant Secretary of State under former President Ronald Reagan. In that position, he played a central role in the Iran-Contra affair, in which the Reagan administration used funds from secret arms sales to the Ayatollah Khomeini’s Iran to arm anti-government rebels known as Contras in Nicaragua. In his testimony to Congress about the scandal, Mr. Abrams lied multiple times, repeatedly and categorically denying that the US government was involved in arming the Contras. Independent Counsel Lawrence Walsh was preparing felony charges for Mr. Abrams for the crime of perjury, and he only got away with misdemeanor charges because of a plea deal. Though Mr. Abrams was pardoned by then-President George H.W. Bush in 1992, the Bar of the District of Columbia publicly sanctioned him in 1997 for giving false testimony, and he likely only escaped disbarment because of the pardon.

If you thought violating the 9th of the 10 Commandments in public was not enough, however, Mr. Abrams’ impressive resume continues. Before the Iran-Contra affair, Mr. Abrams advocated for aid to ruthless Guatemalan dictator Efrain Rios Montt, who was later convicted of orchestrating the torture and genocide of the indigenous Maya-Ixil people. Though he got off scot-free because Rios Montt’s trial did not address US involvement, Mr. Abrams never acknowledged responsibility nor expressed regret for his role in the deaths and pain of these thousands of innocent people.

As a Jew, I believe in the concept of teshuvah, repentance, which according to Maimonides allows a person to completely reinvent their behavioral patterns and start anew. Had Mr. Abrams taken steps to reform his behavior, or to otherwise express regret for his past mistakes, I would have welcomed his leadership. Unfortunately, however, Mr. Abrams’ concerning human rights record does not end there.

In early 1982, when reports of the El Mozote massacre of hundreds of civilians by the military in El Salvador began appearing in U.S. media, Mr. Abrams told a Senate committee that the reported number of deaths at El Mozote “was not credible,” and dismissed the reports as propaganda devised by the opposition party. When human rights groups criticized the U.S.-funded El Salvadoran government over the massacre, Mr. Abrams attacked them as “communist sympathizers.”

Later, in an interview he gave in 1998, Mr. Abrams remarked, “While it was important to us to promote the cause of human rights in Central America it was more important to prevent a communist takeover in El Salvador.” One does not need to support Communism to realize that putting one’s own anti-Communist fears and vendettas ahead of the lives of innocent people with families and dreams is a rejection of the concept of tzelem Elokim and certainly a Chillul Hashem.

Most recently, as President Trump’s special representative to Iran and Venezuela, Mr. Abrams oversaw devastating fuel sanctions on Venezuela, which have been shown to have exacerbated food shortages and violent unrest in that country. Throughout, he continued to insist that the fuel sanctions had no impact on the quality of life in Venezuela and that opposing the government of socialist President Nicolas Maduro was more important than the lives of human beings.

If you’re still reading at this point, you might be wondering why all of this matters. After all, there are many wonderful people who work at the Tikvah Fund, including some people from my own community, and they will not have to run all of their decisions by Mr. Abrams. Nor does Mr. Abrams’ new position imply that everyone who works at Tikvah stands by his past decisions; in fact, they might vehemently oppose them. Tikvah affiliates itself with a large number of people in the Jewish community, and I know none of them would ever think of committing a war crime, much less be in a position to actually commit one.

Unfortunately, however, life is more complicated than that. Because Mr. Abrams holds the most powerful position at the organization, everyone below him is essentially silenced from expressing their true beliefs about his past if they want to keep their jobs. In this way, Mr. Abrams and his long, dubious resume now represent the organization in the public sphere, because no subordinate employee can contest it. Like it or not, the face of Tikvah’s mission, “to advance Jewish excellence and Jewish flourishing in the modern age,” is now that of Mr. Abrams. And unfortunately, Mr. Abrams’ idea of Jewish excellence and Jewish flourishing is one that has no concern for human life, a core Jewish value that is so important it usually trumps other Jewish values. Is this really the Jewish message that the Tikvah Fund wishes to broadcast to the broader world?

Still, though, why should you care? How will Mr. Abrams’ leadership affect the content of your children’s summer programs or the articles you read in Tikvah-funded publications? In fact, it probably will not. For now, at least. But his appointment is a cautionary tale about how we as a community let money shape and guide our values.

Mr. Abrams himself is a wealthy friend of Roger Hertog, whose longtime business partner Zalman Bernstein founded the Tikvah Fund. There is little doubt in my mind his appointment was a product of connections made possible by money and political power. And yet Tikvah’s employees, and the values they work so hard to formulate and teach, are downstream of this money and power. It is not so farfetched to worry that these influences will seep into Tikvah’s values themselves, corrupting their Jewish character and leaving only Reagan-era neoconservative skeletons. And if they can’t hold their own against these insidious but ubiquitous facts of life, perhaps it should raise questions of whether Tikvah’s values are ones we and our children should be adopting in the first place.

Fortunately, there is something we can do about that. I have already contacted Heichal Hatorah about removing the Tikvah name from their advanced humanities curriculum for next year, and they are taking my concern seriously. If you are a Heichal Hatorah parent and share my concern, now is the time to do the same. And if your child is interested in one of the Tikvah Fund’s summer programs, why not encourage them to look into other prestigious and intellectually stimulating programs, like Drisha’s high school program or the Shalom Hartman Institute’s Fellowship for Emerging Jewish Thought Leaders? If we don’t guide our children toward true Jewish values, money and power might get there first.

About the Author
Netanel Zellis-Paley is a Ph.D. student in School Psychology at Temple University. He is host of Interleaved: A Talmudic Podcast, in which he talks to Jewish academics and creatives about new perspectives on topics in the Daf Yomi. He lives with his wife Arielle and their son Nafshi in South Philadelphia.
Related Topics
Related Posts
Comments
Advertisement