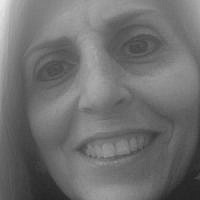 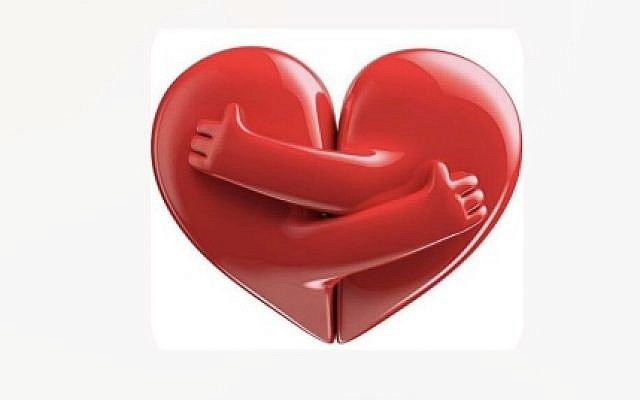 I found myself in a deep quandary last week.

Covid-19 was once again on the rise here in Israel, and I am in the high-risk category. I have been going out with a mask.

There are two places I am uncomfortable going near, the pharmacy and the Kupat Cholim. In my mind, they are probably the hotbed of germs.

From the beginning of Corona, I was extraordinarily blessed to have found the organization Lev Echad. I connected with them almost immediately, and they sent me amazing volunteers. They lovingly went to the pharmacy for me. They went to the supermarket during those crazy weeks when I could not get an online delivery, or my online delivery came with almost everything missing from my order.

Last week, for some unexplained reason, the phone number for Lev Echad was disconnected. Although I searched and searched, I could not find any other way to make contact.

I was in desperate need of a prescription refill. I reached out to many sources but came up empty.

I turned to many Facebook groups, and from one of them, I received a lovely reply from the administrator of the group privately on June 2, 2020. It read as follows:

“Hi Hadar, a Rabbi has responded to your query via PM.”

He wrote to her as follows:

She wrote to me: “Shall I ask him to organize for you?”

I responded that there seemed to be a problem with the prescription. I needed to wait until Wednesday evening to contact the Dr. again, but yes, can you send me the Rabbi’s name and phone number and I will call him.

I was and am so very grateful. She was very gracious and sent me the information.

I immediately called this particular Rabbi. He informed me that although his organization did not have a Rabbi in my town, I need not worry. He had Rabbis all over, and he could be of assistance. As soon as I had the prescription, I should contact him.

I was so relieved to have that worry and anxiety taken off of my shoulders.

Anxiety is a curse, but I am also learning that if I stop and I take a mindful moment, I can connect with God, and then I realize that He gave me the power to overcome this anxiety.

God never brings a disease before its medicine is already in existence. That medicine might be hidden at first, and we might need to search for it, but we possess the power to find it.

On Wednesday, once I knew the prescription was waiting at the doctor’s office, I contacted the Rabbi. He told me via a telephone conversation that he “was on it.” Hopefully, he would have someone that evening, but it was getting late, so if not, then the next day.

I thanked him profusely and was comforted, knowing that I was “in good hands.”
The next morning at 6:38 am, earlier than I am accustomed to waking up, I heard my WhatsApp go ‘ding.’ I jumped, feeling startled, and quickly turned to my phone.

“Is this Hadar from Ashkelon?”

I answered in the affirmative, noting it was from this particular Rabbi. He asked me if I had tried calling a different organization that he named in the text. I answered that I thought that the organization he mentioned helped people with their cars.

His answer: “I think they will do it.”

He continued and wrote: “Try calling them, if they can’t do it, I think I have someone.”

It was at that point that I felt deflated. I turned to God and cried out, begging Him and said:

“God, I do not want to be a taker, if you would just allow me to give, then maybe someone will come across my path which will be willing to give me in return.”

Not even 2 minutes after my prayer to God, and a friend of mine sends me a WhatsApp. She asks me if I know of a place where she can go to photocopy many documents.

I believe God was giving me my opportunity to give!

I immediately wrote back, offering to photocopy on the machine in my home. I wanted to be able to do the Mitzvah, but like what I had asked God in my prayer, I asked her if, by some chance, she could help me out. She graciously did. It was a win-win situation, and I was grateful and satisfied.

The Rabbi, in the end, had written a request. He asked me to “please update him.”
I believed I was stuck on the fact that I thought that this Rabbi had “dropped the ball.” To be perfectly honest and very vulnerable, I have some very unresolved emotional issues when it comes to Rabbis, who seem to have “turned their back” on me in my life. I decided it would be best for me not to update this Rabbi. After all, sometimes, “silence is golden.”

I don’t believe that this is that sometimes.

This morning I received a text message from that same Rabbi.

“I never heard back from you. Did you check with, ‘name of the organization’ recommended? Were they able to get your medication? If not, were you able to find someone else? Do you need any more help?

I was torn. I didn’t want to be rude, but I couldn’t say a simple yes, I got my medication and thank you. Not with all the upheaval that is going on in this world today, because in this brave new world which is forming, it’s time, at least in my opinion, for us, the minorities, and that includes women, to have our voices heard.

I left the Rabbi a voice message. In a nutshell, I gave a D’var Torah about ״גר יתום ואלמנה״ the convert, orphan and widow; this is meant to encompass all of the חלשים, the weak in society. I explained that it was he who first reached out to me, not vice versa, and he told me that he would help me, but then he changed the language.

It always comes back to the language!

As an English teacher, I try to be so careful about my words and my choice of words.
Words can be twisted and turned!

I am not perfect. Far from it. Yet, I am very open to conversation and considerations.

In my opinion, he “passed the buck.” I felt he didn’t hear the nuances in my voice. The exhaustion of how many people I had already tried calling. He had already told me that he was going to handle this. Then he changed the language and said the word “think.”

I ended my message by telling him that I hold no ill will towards him. I was only giving him this D’var Torah as a consideration to understand the point of view of “the weak.”

He unfortunately, did not take my consideration well. He believed it was an accusation. He wrote to me precisely that:
“Your accusations are not true. I didn’t pass any buck. If you look back on our texts, I think you will see that that is clear.”

Well, I have now provided the texts in totality.

Am I the one who is stuck, or is our society stuck on perceptions of old?

I want to live in a ‘Brave New World’ where we can offer considerations and have discussions. I do not want to feel that someone believes we are making accusations!

It is precisely when people in power think it is the weak who make accusations that innocent people get harmed, and even worse, killed!