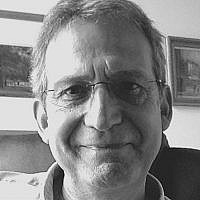 The Blogs
David Stone
Apply for a Blog
Advertisement
Please note that the posts on The Blogs are contributed by third parties. The opinions, facts and any media content in them are presented solely by the authors, and neither The Times of Israel nor its partners assume any responsibility for them. Please contact us in case of abuse. In case of abuse,
Report this post.

You don’t have to be an academic or a lawyer to demand an evidence-based approach to the Arab-Israeli conflict. That seems an entirely uncontentious condition. I have yet to encounter anyone who opposes it. Why, then, do so many “critics” of Israel ignore almost all of the evidence?

Let us clarify language at the outset. Evidence is not a synonym for “arguments that support my point of view” since that merely sets up an endless reiteration of prejudices. Evidence means the objectively verifiable facts, cited in context. There is no room here for the fatuous post-modernist concept of “competing narratives” in which there are multiple versions of the truth. Either something happened or it didn’t.

Perhaps the most crucial piece of evidence that all parties should be capable of affirming relates to the so-called two state solution. The conflict is essentially a territorial one between two peoples struggling to establish sovereignty over a tiny scrap of territory between the river Jordan and the Mediterranean sea (aka Western Palestine). All attempts to mediate over the past eight decades have proposed a stunningly obvious and simple answer – share it. This is not (or shouldn’t be) a zero sum game.Two states for two peoples (Jewish and Arab) could have been brought into existence in the 1930s had both sides accepted the Peel Commission proposal of 1937.

Why didn’t it happen? The Zionist leadership accepted the idea with reluctance (given that most of the historical Jewish homeland would have been excluded from the prospective Jewish state) while the Arab leadership rejected it – fact. Then in 1947, the United Nations Special Commission on Palestine proposed the same, albeit with slightly different boundaries. Again, it didn’t happen because the Jewish leadership accepted the idea while the Arab leadership violently rejected it – fact. In neither case did the Arab opposition derive from the precise details of the proposal but to its principle. Their view was expressed  unambiguously – no Jewish state, within whatever borders might be suggested, would be acceptable. In 1967, following the failed re-attempt to obliterate Israel in the Six Day War, the Arab League issued its infamous Khartoum Declaration of no peace, no recognition, no negotiations – fact.

The Oslo accords of the 1990s offered a chink of light amidst this gloomy reality. Mutual recognition beckoned, tantalisingly, across the diplomatic horizon but remained an unfulfilled aspiration. It is simply not credible for Palestinians to protest that they support two states while simultaneously demanding the right of return to Israel of over five million Palestinian refugees and their descendants. While it is true that several Israeli governments have opposed the establishment of a potentially hostile Palestinian state on their doorstep, the last five Israeli prime ministers have committed themselves unequivocally to two states for two peoples – fact. We’re still waiting for the first Palestinian leader to do the same. There are no evidence-based “competing narratives” here and to insist that there are merely obfuscates.

Over the years there have been many opportunities to resolve the conflict based on the two-state formula that all moderate commentators agree provides the only means of an equitable settlement. It is heartbreaking to contemplate all the misery that could have been avoided had both sides signed up to partition was it was first proposed. That is the true tragedy – that the entire conflict and its myriad consequences could have been avoided. That it wasn’t cannot be attributed to anything other than the incontrovertible fact that Arab leaders refused to agree to the creation of a Jewish state and repeatedly employed brutal violence to express their rejectionism.

The oft-repeated assertion that the conflict is one of “myriad complexity” is actually a half-truth: the consequences of Arab rejectionism have indeed proved myriad and complex, and mistakes have been made by all sides. Provocative announcements, at sensitive moments, of settlement building by Israel have indeed had a corrosive influence on the peace process by gifting opportunities to the Palestinians to halt negotiations as well as reinforcing the perception of Israeli bad faith. But Israel’s settlement policy is and always was a distraction, a pretext for the Palestinians and their allies to cry foul. The conflict had been raging for half a century before the first settler took up residence, and continued long after settlements had been dismantled in Gaza and parts of the West Bank. Repeated settlement freezes have never unlocked the diplomatic logjam.

No, the record shows that the original sin was (and is) not Israel’s. Nor does the meaningless “cycle of violence” mantra stand scrutiny. Whatever transpired subsequently, successive Arab leaders bear overwhelming culpability for the initiation and perpetuation of the conflict through their persistent refusal by all Palestinian political entities – “moderates” included – to accept the legitimacy of Jewish as well as Arab sovereignty within the former Mandatory Palestine. That is an irrefutable, evidence-based statement that is fundamental to any fair-minded analysis of the current position.

Does any of this matter? It does on at least three counts. First, the repetition of false narratives about the conflict obstructs rational debate about its causes and hence its solution by encouraging those who would substitute demonisation, delegitimisation and boycott for respectful negotiation. Second, the portrayal of Israel as the perpetual delinquent promotes ignorance and hatred of Israelis and Jews when such bigotry should long ago have been consigned to the dustbin of history. Third, truth is not an illusion, it really is out there, and we owe it to future generations to maintain its integrity. So let’s demand evidence based moral clarity – credit where credit is due, and blame where blame is due. Then we can move on to real peace making.