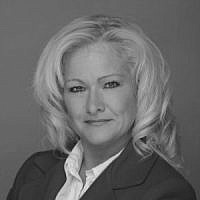 The Blogs
Jennifer Hill-Simpson
Apply for a Blog
Advertisement
Please note that the posts on The Blogs are contributed by third parties. The opinions, facts and any media content in them are presented solely by the authors, and neither The Times of Israel nor its partners assume any responsibility for them. Please contact us in case of abuse. In case of abuse,
Report this post.

I happened upon a discussion thread this morning that sent me searching for information about exactly who provides military training to the “Palestinian Security Forces”.

It appeared, at first glance, that there had been some training carried out by US Forces back in 2009 and perhaps as far back as 2005. As I dug deeper, I uncovered information about other “allies” of Israel who have had involvement in training exercises over the years following the Second Intifada.

In March 2005, the US State Department, under the stewardship of Condoleezza Rice, established the Office of the United States Security Coordinator for Israel and the Palestinian Authority (USSC). The official mission is to:

The USSC also comprises a multinational team that consists of military and civilian personnel from Canada, the United Kingdom, Turkey and the Netherlands, as well as other international partners from Germany, Finland, Denmark, and Greece who provide technical training experts and advisors.

A New York Times article from 2009, stated that $10M US dollars went into funding an 18-acre campus built south of Amman in the Jordan Valley, that the Times described as having “an air-conditioned mess where brushed aluminum glints from every kitchen surface.” and “Rows of Land Rovers stand by …”

This is in addition to a 35-acre, $11 million operations camp a few miles away, also American taxpayer-financed. At the time the NYT article was printed, some 1600 troops had undergone US-financed training programs in Jordan.

If you are reading thus far, you are more than likely trying, as I did, to put some perspective on this. Surely this is for training police? Surely, this must be for training soldiers to control civil disobedience? It must be training for riots?

Well, if this quote from Lt. Gen. Keith W. Dayton, the American who had been overseeing the training of Palestinian forces is any indication, you and I may be wrong: “These guys now feel like they’re on a winning team, that they are building a Palestinian state,” . “And I wouldn’t stay if I didn’t think they were going to do it. I have complete confidence in the Palestinian leadership, and I’m convinced the new administration is serious about this.”

Given that Dayton was a career military officer, one could assume his personal stake in this operation could certainly give him reason to ensure that success overrode any concerns the Israelis may have had about security.

Dayton’s 3-year rotation was due to end in 2009, but he was asked, by then Middle East Envoy George Mitchell, to stay on for an additional two years.

This was met with some degree of glee by the Palestinians, of course: said Brig. Gen. Munir al-Zoubi, commander of the 1,800-man Presidential Guard, the elite force that protects officials and guests. “We have been trained with American money and by General Dayton, and that means a lot to us,”. “We are here to enforce law and order and to use all means to fight terrorism.”

By 2013, Canada’s National Post newspaper reported that up to 8,000 troops had received training through the USSC (including training through private security firm DynCorp). However, neatly filed away was Canada’s involvement. Codenamed PROTEUS, the Canadian Military’s operation, at times, had the number of Canadian troops providing training outnumbering their US counterparts. And, Canada supplied much of the funding for the program in its early years.

The goal of this program is, on the face, to provide adequate training to PA security forces so that any withdrawal of IDF Forces will leave in its wake a well-trained force capable of maintaining peace. However, under the surface, this becomes cloudy. In fact, at one point in 2012, the U.S. State Department — which oversees the USSC program — flatly refused to let the Canadian Forces discuss their work with the National Post, even after an intervention by the office of Peter MacKay, the Defence Minister.

In January 2015, US Consulate officials attended a Palestinian protest over olive trees in Judea and Samaria. Consulate officials were guarded by none other than those same troops trained and outfitted by USSC. This is in direct contravention of a 2011 agreement that security of this sort is to be managed by IDF veterans. Further, some Israelis who later resigned from their positions at the consulate accused the Consulate Security Office of firing IDF vets and forming an armed “Palestinian militia”.

There are also reports that US-trained PA security personnel and commanders have been recruited by organized crime groups engaged in extortion, as well as in the smuggling of weapons and narcotics.

So, we are to assume that the US is overtly supporting “land for peace”? Providing state-funded paramilitary training to any faction of the Palestinian leading parties is akin to further acknowledging their ‘statehood’ and takes us one step closer to facing down a full-fledged army in the next uprising.

For its part, the Israeli government has come under fire for delaying (either intentionally or through bureaucratic means) delivery of equipment and resources including a 2010 shipment of 1,000 AK-47s. However, Israel immediately approved a shipment of raincoats to the Palestinians.

About the Author
Jennifer Hill-Simpson is a superhero, semi-supermom, and supporter of the State of Israel.
Related Topics
Related Posts
Comments