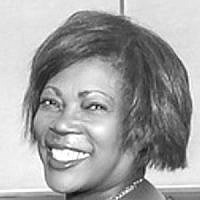 It has been a while since my last post and life has kept me busy. I am not sure which topic I should share first, so I am just going to dive in.

You might recall, I began a journey of visiting and worshiping at different Beyt Knessets which has been going well.  During the winter break, we normally spend a portion of it with one of my sisters and her family.  This year was no exception, however, instead of attending service at my father’s Temple, I decided to shake things up and we went to two alternate ones within a couple of hours from my sister.  My daughter and I are fans of musical services but also enjoy the melodic chants which take place at Sephardim services.  Growing up, I was blessed to experience both – my father, Rabbi Abel Respes “ZL” (of blessed memory) chanted many of the prayers at our Beyt Knesset even though he had no exposure to other Sephardim Jews and also established a choir.  During my choral days, we celebrated the richness of a four part harmony for not only Shabbat services but holidays too.

The Erev Shabbat service was unique to our prior experiences; that is, it was defined as meditative and renewal style. For me, these were two good ingredients for a tasty outcome.  The temple stood strong with an existence of three quarters of a century, and greeted us with a coziness despite the frigid temperatures. It hosted about a couple dozen congregants.  The rabbi was a female and a woman of color. Although there were no other people of color in attendance other than my daughter, niece and me, the rabbi seemed to be comfortable and well received by the congregation in attendance. While color should not matter, in many traditional synagogues, it does. When an individual with some pigment walks into the sanctuary, they are usually greeted with stares and are seen as odd, an outsider (better that I do not get sidetracked on this topic for now). We were invited to join them for Kiddush but had prearranged plans. The takeaway was different yet nice.

The next morning, we awoke to snow. While there was some precipitation in the forecast, it was not supposed to accumulate to much more than an inch.  Let’s just say the meteorologists did not earn their salaries that day. Plans were already in place to meet a couple of my nieces, one visiting from California and the other one living in New Jersey with her family.  What to do?  I quickly checked the weather again to see how long the snow was going to last and what things looked like two hours north of us.  Would I allow a few inches to keep us grounded or say my prayers and take the chance? You have to know this thinking is coming from a woman who drove from Atlantic City to Baltimore Maryland during the snow storm of 2003 with my baby and no cell phone. It was me leaning on the Creator, staying focused on my mission. Parts of major highways like 95?were closed and some side streets I was used to take were as well, but I knew if I was going to get stuck without access to roads, I wanted to be home with my husband. Several hours later, thankfully I arrived home safe and sound. My poor husband, he was both thankful to see me and upset that I took the trip. I know crazy, right?

So decision made, we packed our bottoms into our new vehicle and were off. The snow trucks were out and doing a fine job on the whole ride up. We arrived about 45 minutes late but in enough time to hear the Torah reading. While the day was wet and challenging, when we stepped into the Beyt Knesset, we were greeted by two children, a little girl and boy who directed us to the designated area for women. They were even kind enough to locate prayer books for us. The Beyt Knesset appeared to be a converted house and while it was not super large, the room was bright and spacious.

One of my nephews was honored to make aliyah and the service was finished by a young boy who was probably no more than 11 or 12. His fluent Hebrew was a joy to hear.

While greeting my relatives after service, we were invited to join the congregants for Kiddush. I was reluctant to do so since I did not know if they could accommodate all eight of us. They insisted and we said yes.

Ushered to a room on the lower level we joined the congregation of about 30, where they were gathering for lunch. One of the senior members signaled us to join him and his wife, along with another senior member and his wife and other guests. The meal was tasty-the chicken was somewhat spicy but was complemented by an Israeli salad, some hummus, rice and beans. The blessings for yayin (wine) and lechem (bread) were recited. I am not a big fan of spicy foods but to my surprise, the chicken was yummy. In between getting to know the friendly members, I managed to grab a little more food but did not consider it a second helping (watching my girlish curves).

As we were finishing our meal, a couple of the guys were offering a drink that was definitely stronger than wine and as some might say, it puts hair on your chest. Now this is when it began to get interesting. We met, who we will call Mr. B. Quite cordial, pleasant and entertaining. He thought my nephew and a niece were married. He seemed intrigued. We explained our relationships and multiple conversations ensued. Saying farewell to folks, Mr. B invited my family to his Kosher Pizza Shop after sundown. With a thank you but no commitment to stop by, we headed back to my niece’s house.

We ended up visiting for longer than expected and decided to grab dinner at  the Kosher Pizza Shop where Mr. B, was found making pizzas. The shop had the appearance of a standard store front with no bells or whistles. Mr. B welcomed us with a huge smile and abundant kindness. While we were trying to determine the number of pies we would order to take back to my niece’s home, I decided to ask Mr. B if he had a son, nephew or younger relative. I was hoping to make a connection for my single niece. To my surprise, he expressed self-interest. Keep in mind this is the same gentleman back at the Beyt Knesset who was trying to figure out if my niece was married to my nephew-their relationship (hmm, right?). I was caught off guard.  I am usually pretty good with instincts but I was thrown a curve ball with this one. While he seemed nice and friendly, he was much older than my niece and someone I did not think she had the slightest desire to marry. Without hesitation, he let me know he was serious about wanting to marry her. The mood was light and we were all sharing laughs in between customers coming in to pick up orders. I was invited to join Mr. B where we would have a private conversation, negotiating a marriage deal. The “deal” continued to get sweeter and sweeter with Mr. B offering lots of monetary incentives. In the moment, I had instantly become a matchmaker. Whoa, this was not a skill that I listed on my resume but at the same time, there was a part of me that was thinking, hey I am holding my own with this negotiation and it was feeling pretty darn good. Who knew?

As it turned out, I followed up with Mr. B to advise him that I was unable to “seal the deal”, a marriage with my niece. Besides the kindness and welcoming spirits we encountered over our two day Beyt Knesset visits, I may have found another skill to add to my list of capabilities, matchmaking.