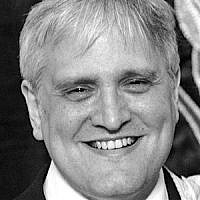 Why do we blow the Shofar in this peculiar pattern?

There are pages and pages of traditional Jewish writings about ‘why do we blow the shofar on Rosh HaShanah.’ It’s an alarm to wake us to our task of repentance; it’s God’s coronation clarion; it reminds us of Abraham’s sacrificial ram; along with dozens of other explanations.  But none of these answer the question: What is the meaning of the blasts of the shofar? Why that particular number of blasts, in that particular order, over and over again?

It was the 17th c master, the Shnei Luhot Habrit [Rabbi Isaiah Horowitz] who first interpreted these blasts as corresponding to the stages in the process of Teshuvah – repentance.  Tekiah – we start out whole.  Shevarim – we break ourselves down.  Teruah – sometimes we are utterly shattered. And Tekiah – we emerge whole again.

But another Hasidic master, Rabbi Joel Teitelbaum, described these three shofar calls slightly differently:  Tekiah – we are born whole and we strive to live with integrity.  Shevarim Teruah: our life is filled with errors, mistakes, actions we regret.  We are broken and shattered. But then we have Tekiah again – we can correct our mistakes and emerge whole again.

And the 20th century mystic and religious Zionist rabbi known as Rav Kook
gives yet a third explanation of this pattern of shofar blasts:  Tekiah – the world was created complete. Shevarim – human beings, and natural forces, have broken and shattered the world. Teruah – sometimes it seems broken beyond repair. But- Tekiah – wtih God’s help, we can rebuild it again and make it whole.

So it occurs to me: this is a new Jewish Rosh HaShanah parlor game.  Anyone can play.


Here’s one:  Tekiah – In 1905, a thriving synagogue was founded in Hoboken, New Jersey.  Shevarim – But by the 1930’s, the Jewish population started to decline. The remaining synagogues in town start merging with each other. The synagogue is a shadow of its former self. Teruah – by the 1970’s, there are no more than 50 Jewish individuals living in Hoboken, the building is in a shambles, and any rational observer would tell you that this Jewish community has absolutely no future. but then – Tekiah — younger Jews move into the area, and steadily, over the last 30 years, the United Synagogue of Hoboken revives itself beyond its founders’ wildest dreams.

Or here’s another one:  Tekiah – last week I met with a man who told me about his childhood, his parents, and the wholeness and wholesomeness of his early life.  Shevarim – Teruah – he fell into a life of alcohol and drugs. His life became, as they say, unmanageable.  Tekiah – through AA and other programs, this year he celebrated 18 years of sobriety, sponsors others, and lives a life that is whole once more.

How about this one:  Tekiah – A beautiful family is proudly led by a wise and compassionate matriarch. Shevarim Teruah: suddenly, at too young an age, she is stricken with a devastating illness, that ultimately takes her life. Her family is shattered – they cannot imagine rebuilding and going on without her. Tekiah: it’s now a year later. their life is different now than it was before, they remain devastated by the loss, but they have found ways to keep her memory alive, to perpetuate her important values, to find wholeness in their own lives, and to achieve a wholeness even in her absence that they never imagined they would be able to achieve.

For some of us, it may feel that that final Tekiah is never going to come.

Tekiah – a man and woman in their 50’s, never before married, meet, fall in love, get married, and buy the house of their dreams. Shevarim Teruah: Shortly after their wedding, the economy fell in utter disaster. Lost jobs. Lost health insurance.  After a long struggle, they succeeded in convincing the powers that be to adjust the terms of their mortgage, but finances continue to put a strain on their relationship every day. And they’re still waiting for that final Tekiah.

Or:  Tekiah – a couple has a beautiful baby boy – their first born child.  Shevarim Teruah: within a few days, they get the diagnosis from the doctor, that tells them that their life with this new child will likely be more complicated, more challenging than they had assumed.  They’re rejoicing in the birth of their son, but also mourning the loss of some of the dreams and assumptions that they had about parenthood. They are confident that that Tekiah will come, that point when once again they will feel whole, but it hasn’t happened yet, and sometimes they can’t believe it ever will come.

But seen this way, blowing the shofar on Rosh HaShanah is the most radical act of faith — not faith that everything always turns out as we wish, because it won’t, but faith that our stories can have an Act III in which we can achieve wholeness again. A faith that Shevarim and Teruah are followed by Tekiah – and sometimes, even, followed by Tekiah Gedolah.


As we listen to the sounds of the shofar this year, as we listen to each pattern of wholeness, brokenness, wholeness, let’s focus on the wholeness and brokenness of some aspect of our lives and our world. And let our shofar blasts be our prayer that, for all of us, our broken notes – our Shevarim and Teruah – always be followed by a whole note, a Tekiah – and ultimately – even a Tekiah Gedolah.