When attending theater, most people expect to leave their everyday lives behind. But as the lights came up on a preview performance of the award-winning musical drama “Next to Normal” Ruth Sager found herself in a concentrated version of the life she has led, every day, since her diagnosis with bipolar disorder at the age of 38.

The Performance, which is an AACI J-Town Playhouse production that opens at the Jerusalem branch of AACI on October 21st, is not your everyday run of the mill musical. 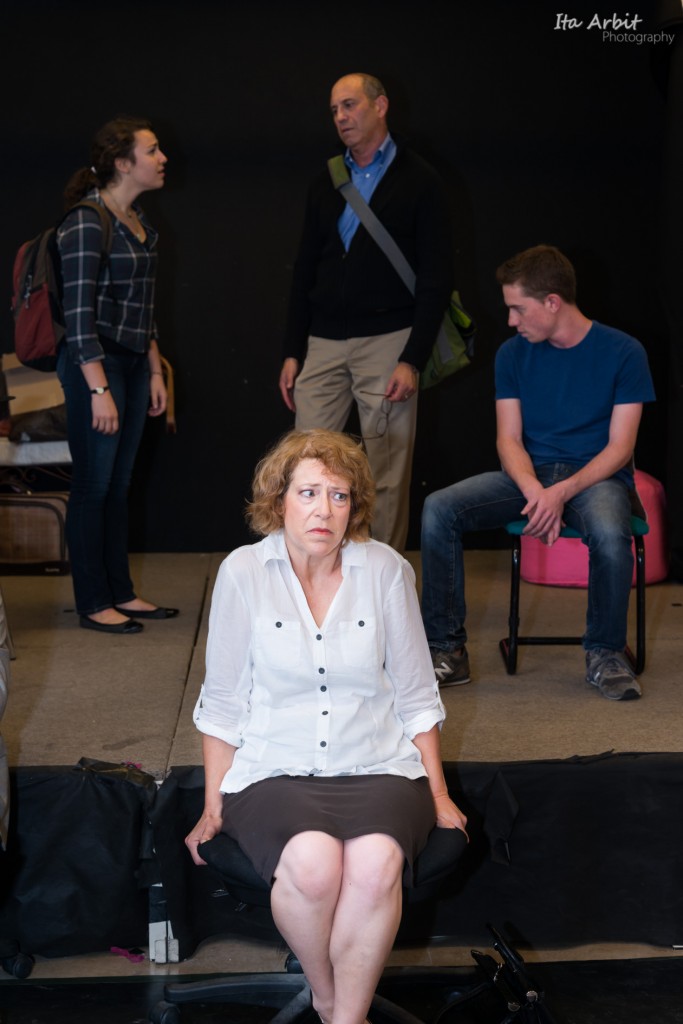 Cash Portraying the Bi-Polar Diana Goodman at a preview performance of ‘Next to Normal’ (Photo courtesy of: Ita Arbit)

“Mental illness is not an obvious choice of subject for a musical,” says Sager, who co-chairs a bipolar support group, and has served as an advisor to a Knesset advisory committee for legislation related to people with mental disabilities.

Sager attested to the powerful and sensitive way in which the musical dealt with the issue of mental illness and its affects on a suburban family. “From personal experience, I can attest that mental illness and its management is dramatic in the extreme – both in the way it affects the individual, and how it affects the extended family. Through its music and staging, ‘Next to Normal’ communicates this story in a way that is both emotionally intense and surprisingly subtle. It brings out issues that accompany mental illness in a way that books and articles never could.”

“Next to Normal”, written by Tom Kitt and Brian Yorkey, won a number of Tony awards, and was also awarded a Pulitzer Prize in recognition of its groundbreaking form and content – one of only eight Broadway musicals ever to do so. 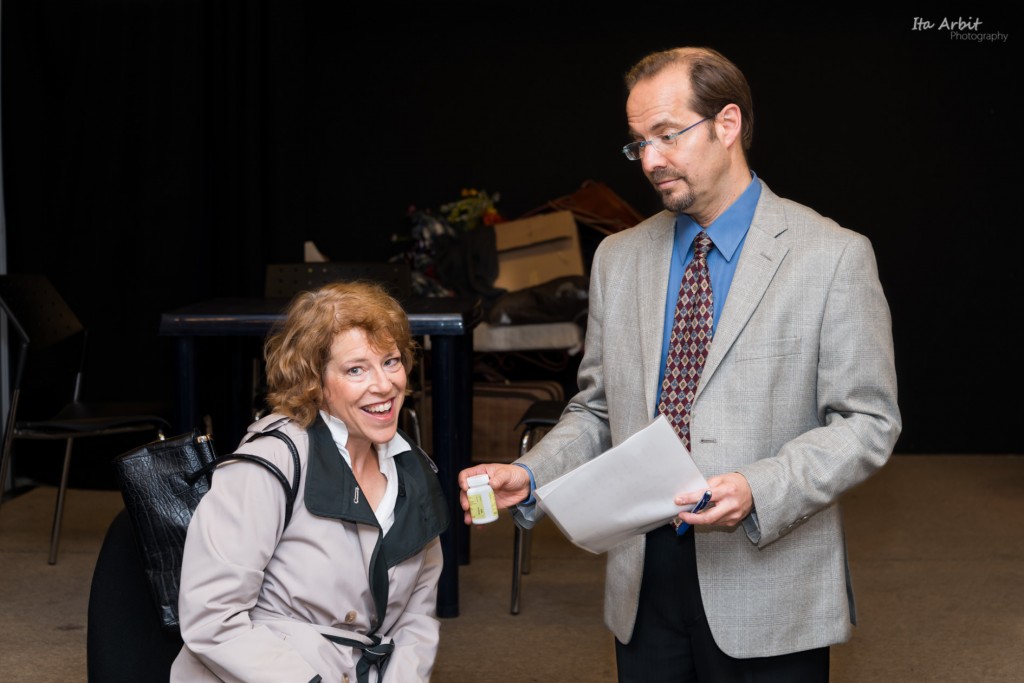 Cash and Metz in performance (Photo courtesy of: Ita Arbit)

The show centers on Diana Goodman, whose bipolar condition has severely affected relationships with her family. In the current production, Diana will be portrayed by Sandy Cash – familiar to English-speaking audiences as a performing singer-songwriter, as well as for her roles in local productions of “The King and I” (Israel Musicals) and “A Little Night Music” (AACI’s J-Town Playhouse). The part of Diana’s long-suffering husband will be played by Evan Kent, a veteran cantor who recently took time from his teaching duties at Hebrew Union College to star as Sky Masterson in “Guys and Dolls” (Encore!).

Both Cash and Kent say that “Next to Normal” is an invigorating challenge. “’Next to Normal’ is more like an opera than a traditional musical, in that it is almost entirely sung-through,” says Kent, a classically-trained tenor with a doctorate in music who, in addition to his cantorial work, conducts research into the connection between musical practices and community development. “At the same time, it’s a rock opera – the score is accessible, and really exciting.”

Cash agrees, adding that every participant in this show – scored for just six people and accompanied by a scaled-down orchestra under the direction of Musical Director Haim Tukachinsky – plays an essential part in the unfolding story. “The plot includes some serious twists, and in response, each character gets an opportunity to grow,” she says. “The family walks a thin line between normal and ‘crazy’ – something that is unnerving, entertaining and inspiring all at the same time.” 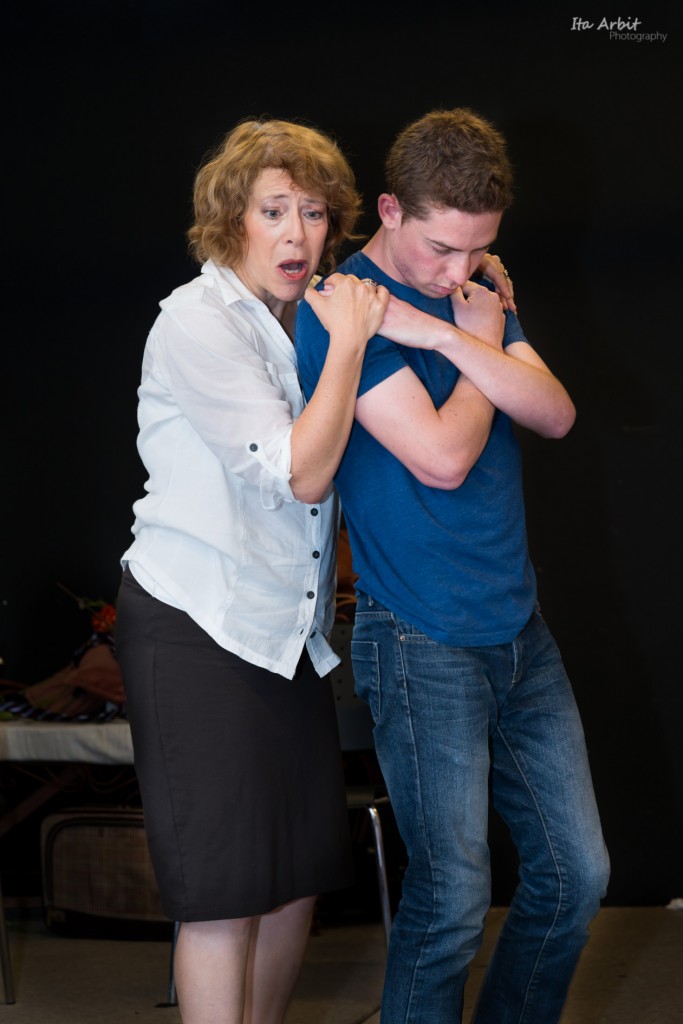 Staging and interpreting these volatile family dynamics is the job of the production’s director, Layla Schwartz.

The ‘Next to Normal’ cast includes Tal Schwerd and Coren Feldman as the son and daughter, both of whom performed in the recent production of ‘RENT’ (Starcatcher). “I’ve played Coren’s mother before, but in this show I’m Tal’s ‘stage-mom’ for the first time,” says Cash.

C.B. Davies, who previously starred in ‘Remember My Name’ (AACI’s J-Town Playhouse) portrays the role of Henry, the daughter’s boyfriend.

Howard Metz – veteran of dozens of Jerusalem productions and a dentist in real life – rounds out the cast and embodies the composite role of Diana’s successive therapists. 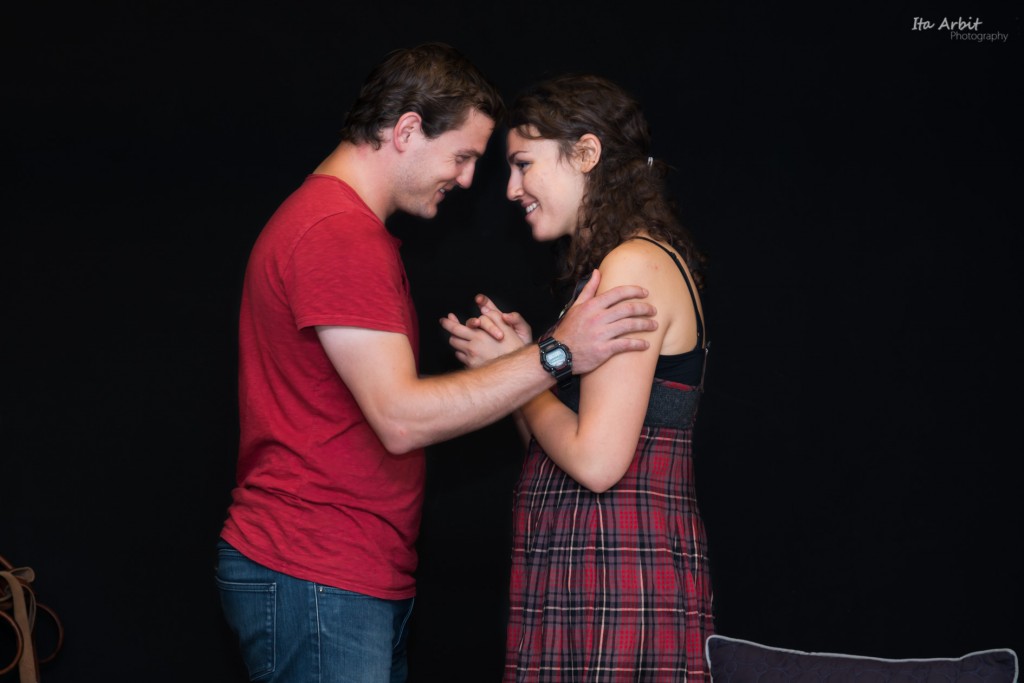 Schwerd and Davies portray teenagers struggling to cope and find meaning in ‘Next to Normal’ (Photo courtesy of: Ita Arbit)

“For many years, the problems of mental illness were swept under the carpet in hopes they would just go away,” says Sager, who consulted with the cast, providing essential background for making the characters’ portrayals true to life. “But today, everyone I know knows someone who suffers from mental illness. By addressing these issues, ‘Next to Normal’ opens up an important conversation, which increases the chance that people with mental disabilities will be accepted for who they are. It’s a conversation – and a performance – that should not be missed.”

Tickets are 80 NIS regular price or 60 NIS for AACI members, students, soldiers and national service volunteers. Tickets can be ordered by calling 02-566-1181 or by visiting www.aaci.org.il.