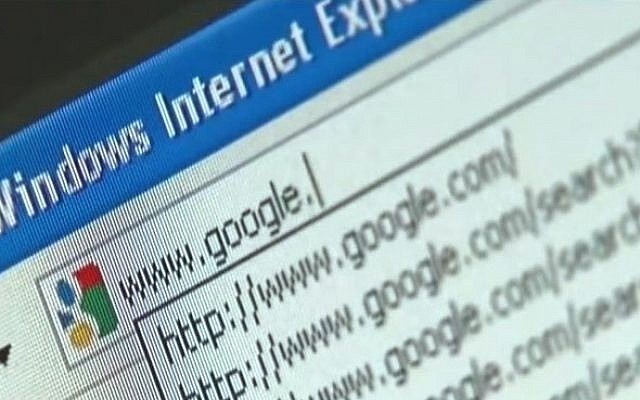 There is an episode in the original Star Trek series [with Capt. Kirk and Spock] where the starship Enterprise ends up on a planet that is effectively run by super intelligent androids. It becomes clear very quickly that it is the intent of these androids to provide for all of humankind’s needs and to ultimately take over any and all decision-making for humans. Given the fact that the androids could effectively create a fantasy world for the humans, resistance would be unlikely. The androids wish to do this, for the betterment of humankind. And thus begin the philosophical questions.

There is one very dramatic moment when the leader of the androids says to Kirk that “we will take care of you”, and immediately, the foreboding music plays. In another scene, one of the crew of the Enterprise seems quite pleased with the new arrangement and effectively makes a statement that they are being held in a “nice cage”. Kirk’s response is that a cage is always a cage, no matter how beautiful.

The writers of the series were very well aware of the decades and actually centuries of sci-fi literature that preceded them. They were well aware of the various takes on robot invasions and takeovers, leaving humans struggling to find a new place in a very non-organic world. Whether part of this story-line somehow related to the politics of the time or not, it is clear that the issues of control and ultimate decision-making were being discussed a long long time ago. The difference now is that we are living in a reality where decision-making has already been partially wrested from us. So it is fair to say that such discussions are very timely.

Let me start with a simple example. Everyday there are billions of Google searches being requested. In almost every case, the list of possible matches numbers in the millions. This has to do with the basic algorithm that Google uses, which finds some type of relationship between the search terms the user provides and everyone of those millions of pages. Google is of course not alone. Every major search engine will return a million-entry-long list for most search requests.

Have you ever wondered if the best possible match for your search request is in fact on the 173rd page that Google returns to you? Of course, you can use other search engines to get a different perspective on the same search request. Very few people do this. But even if they do, it could very well be that on Microsoft Bing, the best and most appropriate match is on page 121 of the returned links. Considering that most people rarely go past the first page of links and even fewer go past the second page of links, the likelihood of ever coming across this “perfect match” is very small.

We all assume that the algorithms that decide best matches will generally return what we are truly looking for, within those first links. So, if that’s the case, why do the search engines present tens of thousands of pages of possible links? Part of it is marketing. A user will subconsciously be impressed by a search engine that shows a million possible matches. It sends the subliminal message that this search engine is extremely powerful and has truly scoured the Internet for every possible result. But it is hard to argue that there is any truly practical reason to display anything more than the top 100 matches. If the user is interested in more, he or she can always request it. But these requests would be extremely rare.

Many years ago, I actually had an idea for a search add-on that would download  every single match that Google found. Every individual page would be stored in a local cache on the user’s machine. Then, alternative search algorithms could be applied to these saved webpages. The idea was that Google had probably found every possible page that had some, even very minimal correlation to the search terms. The trick was to reorganize these found page-links in various different ways, in order to find what YOU most valued. With all of the web content available off-line, the software could eventually apply any number of filters and alternate search algorithms, all in an attempt to find best possible matches for the specific user.

For example, let’s say the user was a physician. At the moment, Google does not offer you the option to specify who you are and what your personal preferences and background are. There is no question that when I do a search, my background as a physician and software developer very much colors the content that I am looking for. Contrarily, my wife, who is a brilliant and ethical(!) lawyer and is very much the most amazing caretaker for myself and my children, has a different viewpoint when looking for search results. The software I was designing would have allowed for such user personalities to affect the order in which webpages were presented. These days, with smarter learning systems, the downloaded cache of webpages could have been analyzed in a totally different way than Google does now. Actually, the potential of such an approach is tremendous.

I should say that I actually thought that Google might be very interested in such software. Google could have marketed the idea as a professional, for pay alternative to the free searches we do now. Consider this version of searching as a computerized personal professional assistant. If the user was a university professor specializing in archaeology, professional searches could focus down on this professor’s specific preferences. Over time, the professional search engine would learn about the character  of the professor and continue to provide better and better matches. In the world of  online research, which applies to academics, reporters, public representatives in government, teachers and many more people, such a feature would be definitely worth the money. By the way, Google could have charged a nominal sum for this professional search option. Considering the tremendous value of such focused searches, I believe that Google would have had plenty of customers and as such, plenty of income.

I am sure that all of you are on the edges of your seats, wanting to know what became of my brilliant concept. The answer: nothing. I have never been a risk taker. And at the time that I had the idea and developed a prototype, funding was not easy to come by. I was not the kind of person who was willing to mortgage my home and borrow from friends and family in order to set up the company, hire workers and really try to make a go of it. So, like so many of my grand schemes for changing the world, the idea was relegated to the part of my brain that stores “missed opportunities”.

The jist of my comments above is that decisions are being made for us by software every single moment. This is not some dystopian future as depicted in so many science fiction novels. This is here and now. Software is deciding what we will see. As algorithms become more and more complex [and as such, more more humanlike], the time will come when a computer decides that you should not even view a particular webpage. The computer will look at your health records and realize that given your heart condition and diabetes and recent admission in the ICU, you should not be reading pages that depict tragedy. As such, in a noble attempt to protect you, a computer [without self-awareness and arguably without a soul] will decide what you can and cannot do. And considering that all of this computerized decision-making will be totally hidden from you, you will in fact be living in a gilded cage, without ever realizing it.

It is very often said, that now, with so much open access to information via programs like Twitter and even Facebook, the truth will never again be hidden from us. But when the most basic Twitter feeds start generating thousands of Tweets every minute, people will install filtering tools to make the information manageable. Or, people will regularly employ computer learning systems that will decide for the users, what is most appropriate. The time will come when, perhaps via advanced brain scans, our personalities will be stored in a digital version, online. These virtual copies of our humanity[?], will guide our interactions with computers. When we do a search, the search engine will interact with our digital personalities to decide what is best to show us. I really can’t say that this is a bad thing. If the virtual personality truly mimics our decision-making process, then using it will be the only practical way to sift through the ever growing stream of data that is coming at us every second. But all it takes is for one glitch in The Matrix to happen, and our virtual personality will not make the best choices for us. The problem is that we probably will never know that this problem has arisen.

One only needs to look at a totalitarian state like North Korea to realize that the world is no better a place when dictators make decisions for us. Nevertheless, it may be  our inevitable future that someone or something will ultimately always make decisions for us, whether we realize it or not. Only time will tell if this makes for a better world. And of course, before you can answer this question, you will have to define the word “better”. I know what I consider to be the best, and I am pretty sure that it is different than what is considered best by billions of other people.

I admit that this all sounds very confusing. If only there was a program to help us figure out what to do.