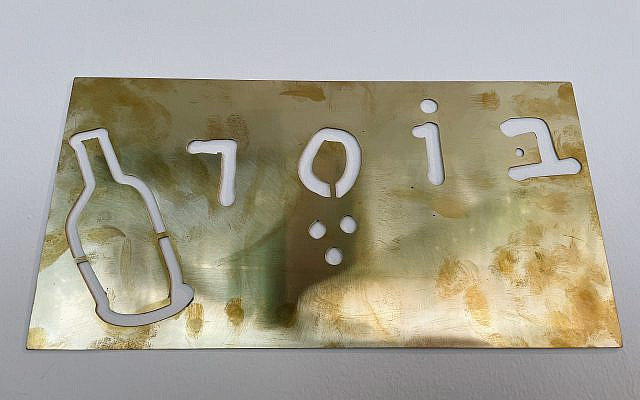 Who's the bosser here, anyway?

The other night, I had planned to visit a new yuppie wine bar in the gentrifying south of the city. Deciding that it would be wise to ingest something solid before commencing with the Dionysian, my lovely date and I departed only to return somewhat later in the evening. It matters little whether it was 11.01 p.m. or the next day. Though the bar floor was still carpeted with people, we had missed (just) the opportunity to join the crowd, having arrived after the municipality-imposed last call. The clock face looked out at us with a stern countenance.

This curfew recalls another change to our pubs, the non-smoking law of some decades ago, to which we’ve all become too sheepishly accustomed. As if the bar were one’s office or one’s church or one’s home, and not that place to where one used to go to escape moral imposition, whether official or religious or domestic. The liquor cutoff is just another instance of “regulated fun”—a oxymoronic phrase which only those who know how to impose the first word, while knowing nothing of applying the latter, can use unironically. 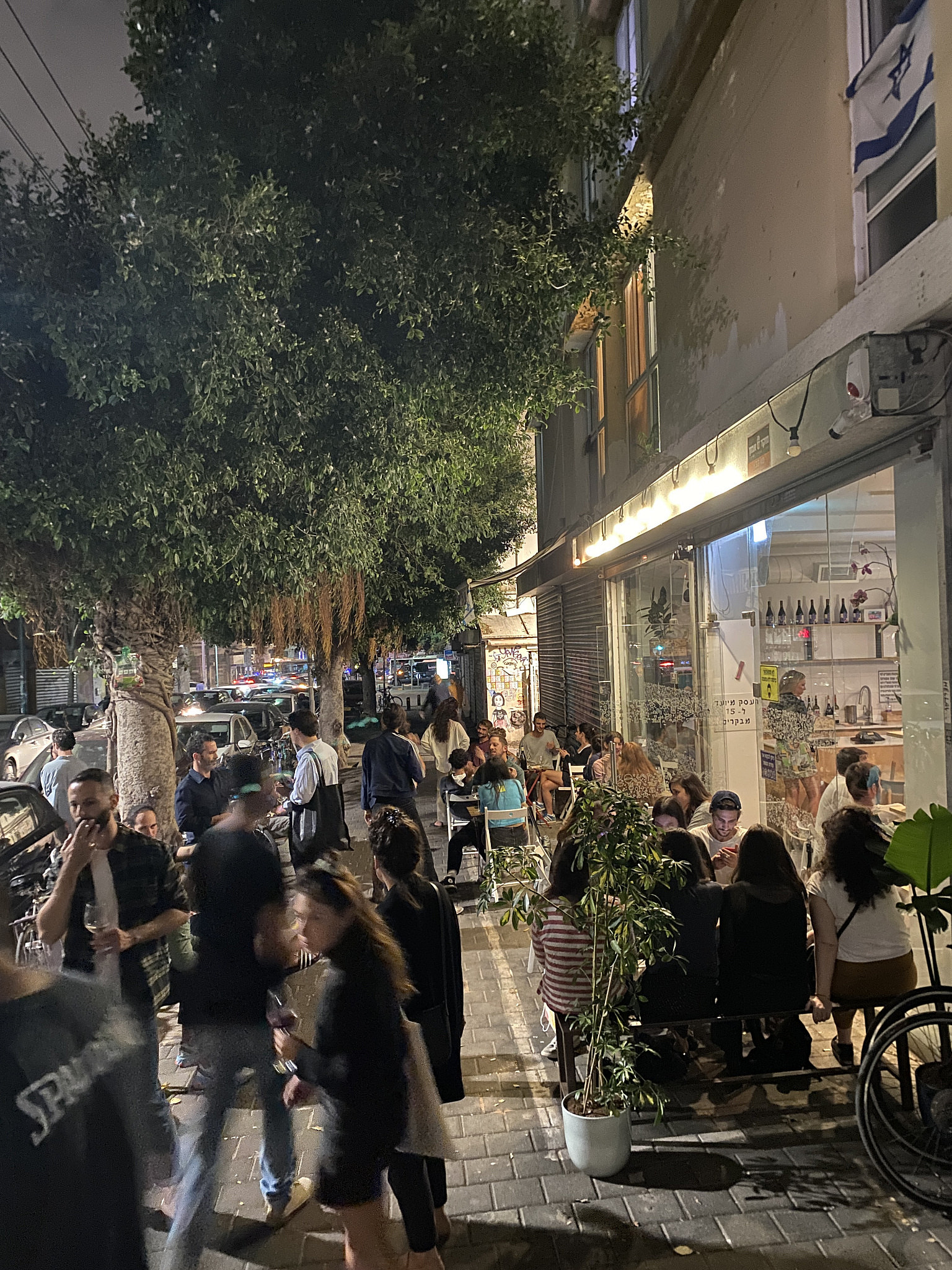 Bosser Wine Bar has brought chicness and class to Gan HaHashmal. The only class traditionally known to this neighbourhood has been the lowest one. HaHashmal St. 5.

The logic of the law is easy to recount. Ostensibly, it should prevent tipplers from fueling their fiendish fire and causing all manner of bacchanalian bruhaha in public.

Life is full of many a bitch, but none so much as the bureaucratic secondary consequence. Take your average dipso, with a plan before him of spending an evening with a six pack and some mindless media entertainment at home. He walks into the liquor store or supermarket to obtain his swag of swig. No Irish luck. So now, instead of uncorking in the comfort and confinement of his own home, the only option left to the insistent drinker is the public house or nightclub.

Or, your average Bukowski is at the bar already. He begins getting tired, as people do around eleven, postprandial and postmeridian. Deciding “for the road”, he decides to take some fuel, so night falls before he does. But knowing in advance that there is no such option, he extends his meditation on the bar stool, perpetuating just that late nite existence the government so judiciously thought to prevent. And he tipples until he topples. 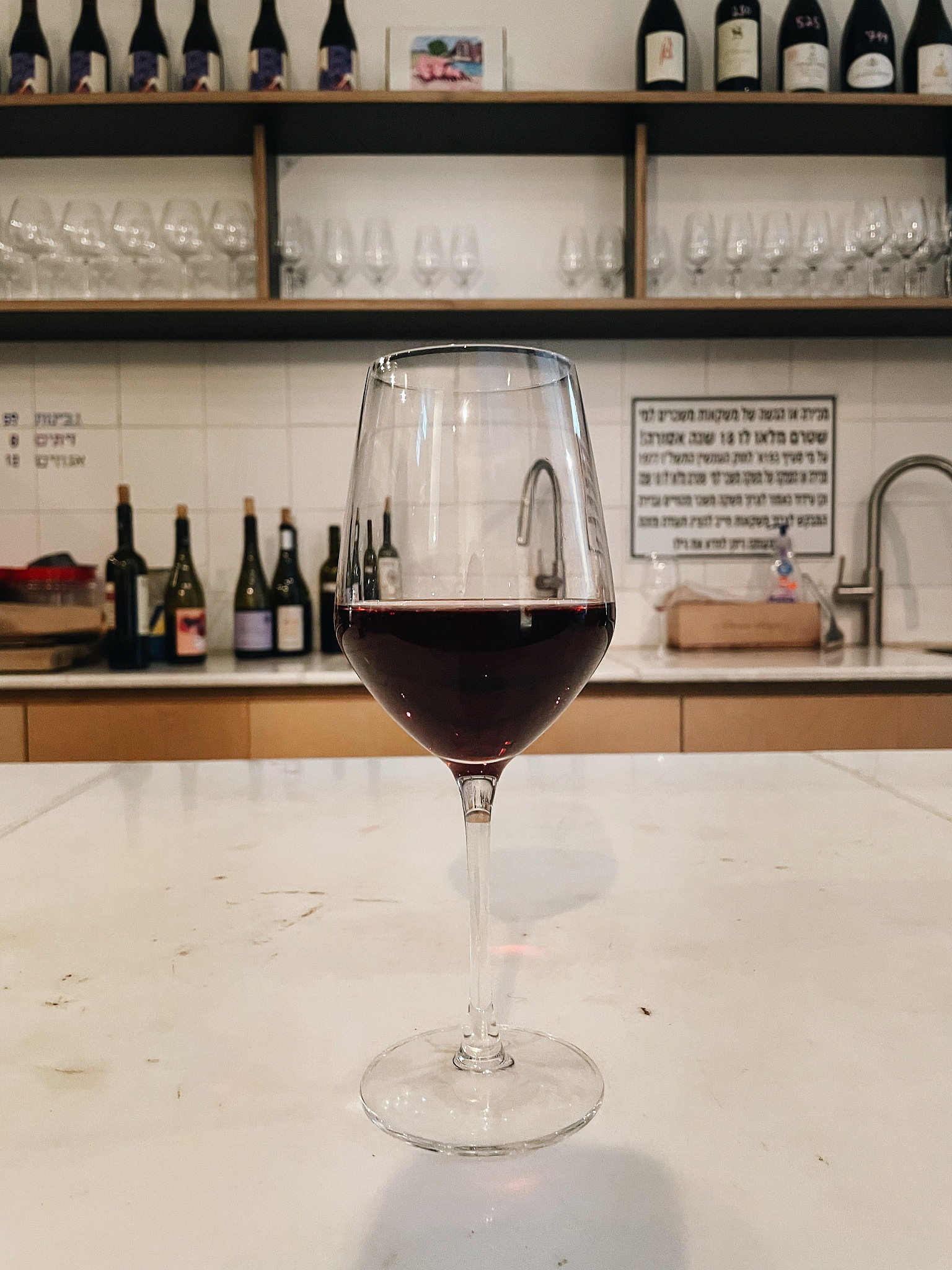 Dull people have been asking for some time about whether the glass is half empty or half full. But the question takes on a grimmer consideration under the assumption that one’s glass will not be refilled at all.

Would it not be more logical for the individual wine store owner to exercise his own discretion in deciding which customers to serve and which to disappoint? Gal Jacoby, of the newish and wonderful Bosser Wine Bar, can recognize a face. The customers who visit him during the week are wonted and local. Those coming to his bar, which serves bespoke wines at or above a hundred shekels, are of a type, you might say. No trouble-brewing scofflaw, looking for the most concentrated dose of ethanol at the cheapest price, is walking through his polished glass door to purchase a white Burgundy or even Mâcon. Adolescents content themselves with various horrible vodka concoctions at the dusky club down the road, and addicts with the store-bought generic bottle by the roadside. But because of the brilliance of the no alcohol passed 11.00 policy, upstanding hipsters like those found at Bosser have to have their bill cut off and their pretensions cut short, while business owners like Gal and Tor suffer financially for the fact. Business loses, and the state loses as a consequence, as governments don’t create money without diluting its value, and depend upon a lucrative citizenry for their funding. Who’s the bosser, in this case?

Tor Vardimon, co-owner of Bosser, knows the answer to the above question, but has had a history of trouble relaying it to the “proper authorities”–and there are many such proper ones to turn to. Like the one that made him apply for a supermarket license, since he sells bottles to go. And the one which made him register as a bar, because he sells bottles to stay. And even the one which made him into an quasi-official cheesemonger, since he thought the fermented dairy product would go well with the fermented fruit one, as it has been traditionally for hundreds of years.

One of the paradoxical aspects of this brilliant law is that the earlier they enforce the curfew, designed to discourage people from public intoxication, the more they ensure people intoxicating publicly. One of the most salient things one notices studying the long history of government regulation upon an unwilling citizenry is that humans are very skilled at adapting. The people taken for sheep will apply a most foxlike ingenuity to circumventive purpose. The history of the Islamic States of America during the great Gatsby age, with its speakeasies and bootlegging, is one such example.

Those true fiends of the night are already well adjusted to the law which bans the selling of liquor at the eleventh hour. So, in the dazzling if hazy luminosity of the criminal mind, they have learned to purchase all the liquor they might require before that fateful time. What liquor sale regulations end up doing is adding the harmless home drinker to their numbers. I do allow–in a yea, yea sorta way–these regulation might go some way in acting as a hinderance to the vampiric drunkards. But the truly piratical inebriate will get his bottled booty, somehow. And the solving of that sore is not through the application of bureaucratic plaster, and to inconvenience the rest of good-standing (or, at most, slightly swaying) society. The solving of that truly iniquitous inebriation and addiction seen on certain streets— which are problems endemic, tellingly, to a very specific vicinage— lies in the intervention and rehabilitation of a neighbourhood, not only of its lost and neglected denizens. But it’s easier for the politician to pass another law than begin to contemplate the reasons why he perforce passed it.

Maybe you think I make much ado of a triviality. I think not, though perhaps there is some validity to the claim. I am always sensitive to those breaches and infringements which touch my personal choice, however meagre the breach or small the infringement. Any claim of authority of what was once your own can be thought of as yours no longer. Once claimed, irreclaimable. With each transference of decision from the private to the public sphere, you don’t just lose the choice itself, you lose the independence to make it. After a while, you even lose the will. 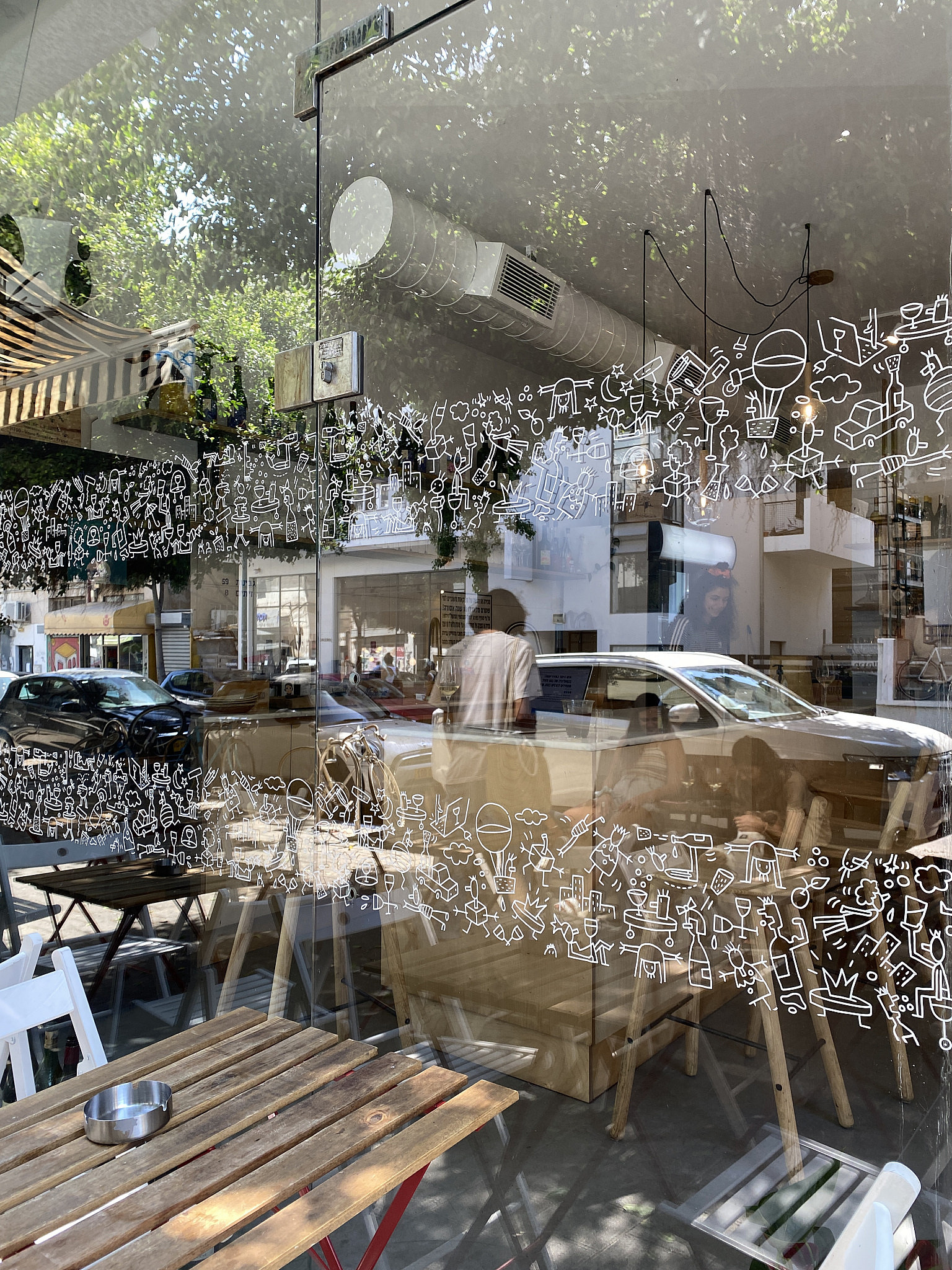 We returned the very next evening to Bosser’s sleek, minimalist spaces, leaving ample plots of time for the cultivating. If we should meander off time’s track, we would pre-order and pay for a bottle to ensure the continuance of the City Dionysia (lest there be a true tragedy). The festival must go on.

When you visit his sleek and airy bar—and you should—I recommend asking Gal about a trip to Barcelona he undertook a few years ago, in which place a neuvo mundo of old world wine was discovered to him. This theme is recurring. Israelis travel abroad, and bring back, hopefully, and some of them have, though nearly not enough, the best of what they discovered, if they could recognize it. Gal and Tor are two such Israelis, and Bosser is one such place. Just arrive before 23.00. Then you can purchase what you need, and stay as long as you like. 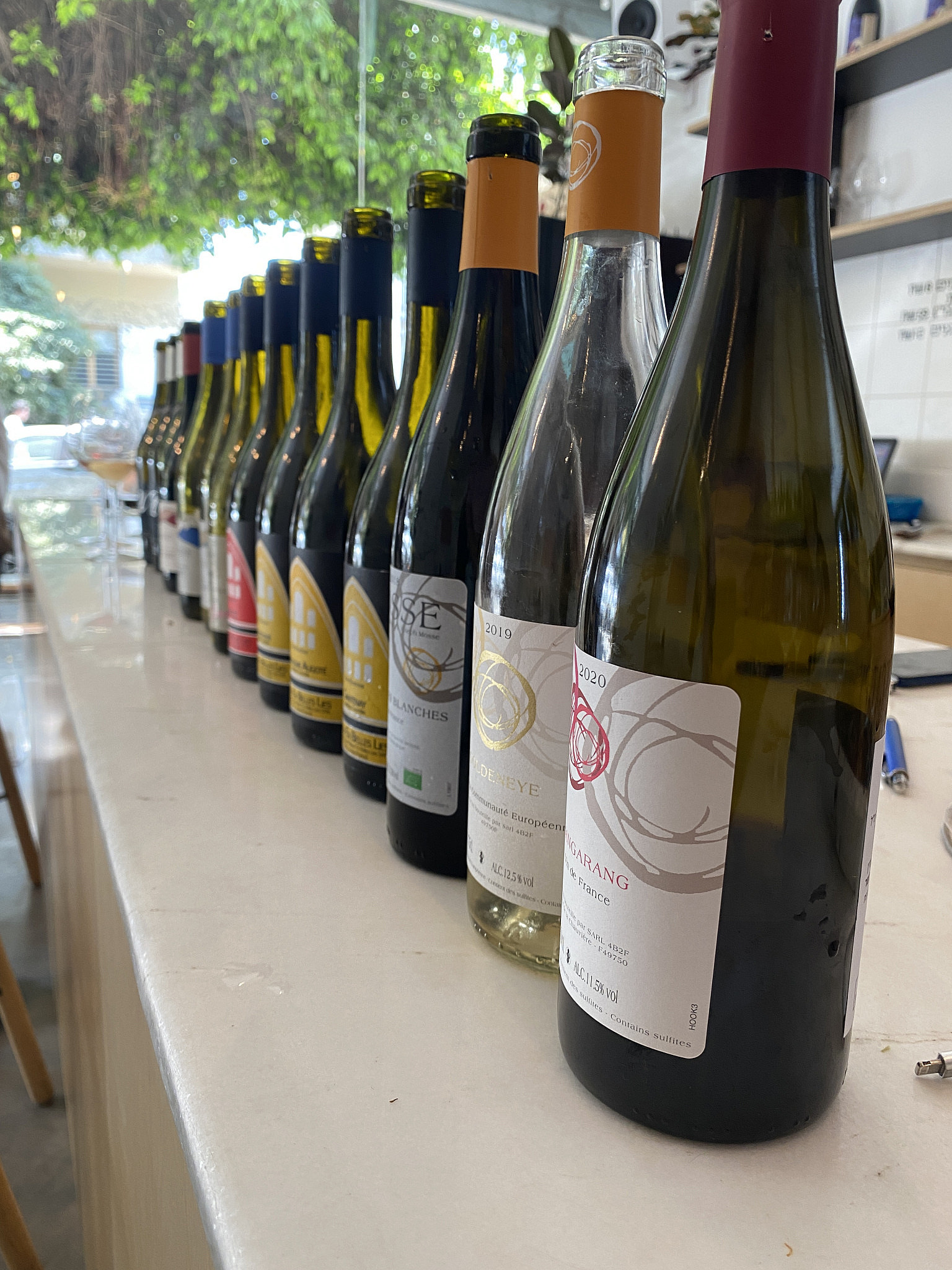