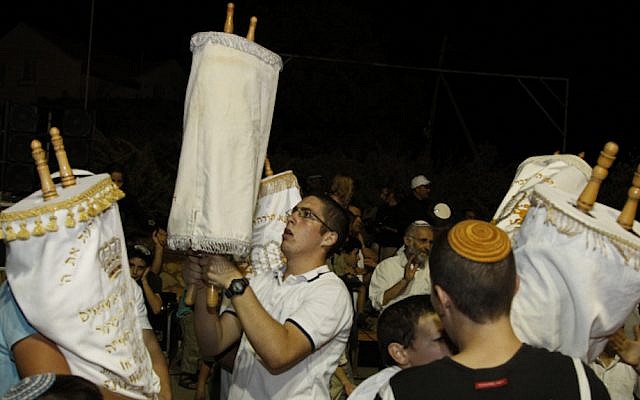 Israelis dance with the Scroll of a Torah during the Jewish holiday of Rejoicing of the Torah inGush Etzion at the West Bank, 30 September 2010 . Simchat Torah which means "rejoicing with/of the Torah" is one of the happiest days in the Jewish calendar and is marked with festivities in synagogue that include singing, dancing and (typically) a moderate consumption of alcohol.Photo by Gershon Elinson / Flash90

In a Modern Orthodox neighborhood on Simchat Torah, some women asked for a Torah to dance with. While the men were deliberating, one of them just took a Torah and handed it to the women across the mechitza. The women danced as never before, in those few moments, with deep religious fervor. Then the Torah was abruptly taken back, and the women’s dancing all but fizzled out. Five minutes of religious ecstasy on Simchat Torah. Then nothing.

While progress has indeed been made, much of Orthodox Judaism is stuck at a crossroads between time and tradition. From time immemorial, until the past number of decades, men have been the standard-bearers of, well, everything. With ‘everything’ is included Judaism. The men have been front and center. The men have been performing ceremony, rite and ritual. The men did it all on behalf of the rest of the people, i.e., women, who were mostly relegated to the kitchen and the baby-making.

The women had always taken an important but secondary role, in the background. The supporting cast, if you will. But never the main characters. This was not just a Jewish thing; it was merely a thing.

Thankfully, beginning most notably at the turn of the last century and in no small measure due to modern conveniences that gave housewives more time and more freedom, women have realized that they are people too and are worthy of all the same liberties and opportunities as their male counterparts.

This revolution has exploded across all segments of modern society, creating reforms and changes in almost every area of life. For many reasons Orthodox Judaism has been particularly resistant to such changes.

On the one hand it is understandable; as the guardians of sacred millennia-old traditions, there is the real fear that progress can be a slippery slope away from how things were intended. On the other hand, avoiding progress merely for the sake of avoiding progress — avoids progress. Progress is happening all around us and protecting practices at all cost while ignoring both social and cultural advancements may be too costly in terms of the people who will be – and are – alienated.

I’m no rabbi or scholar so I will leave the scholarly debates to others who are more qualified, and brave enough, to engage in the discussion. In the meantime it is clear that many Orthodox synagogues have begun to allow women to dance with the Torah on Simchat Torah. And each year the list of synagogues grows even longer. This is true progress. 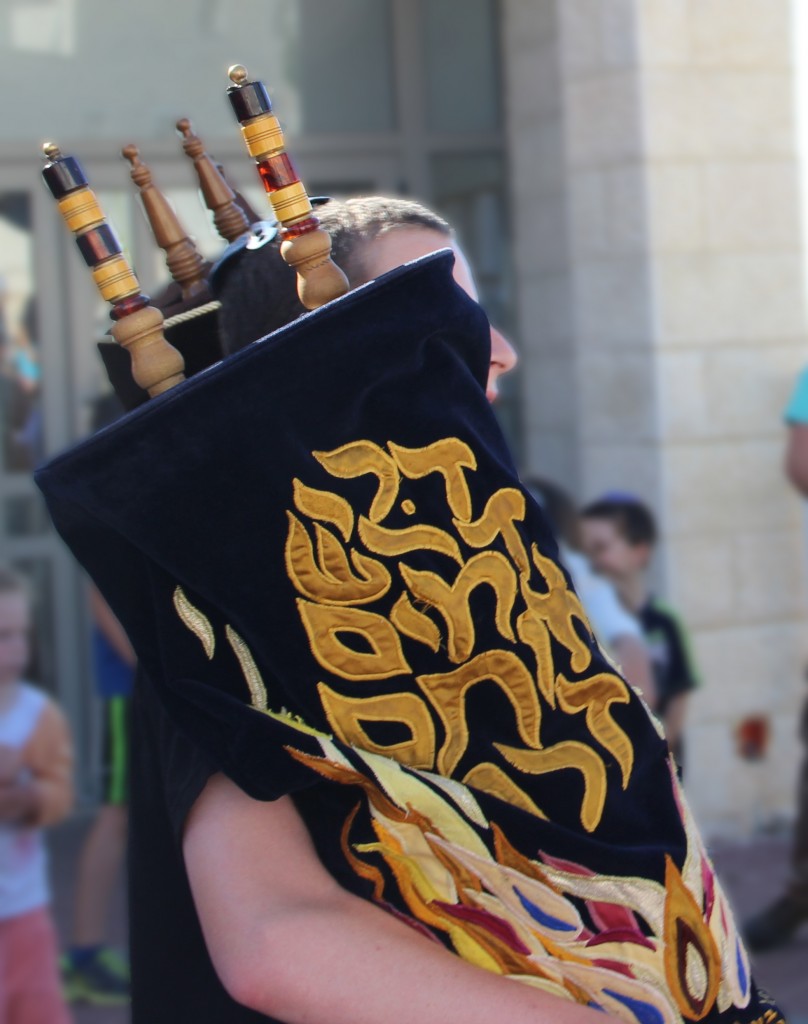 Dancing with the Torah (illustrative). (courtesy)

There are those who suggest that women who seek to dance with the Torah, are merely trying to ‘do everything men can do’. Maybe they are. Some of them, anyway. But is that motivation reason to deny them what they want — if there is no halachic reason to do so?

I spoke personally with a number of women, and men too, and heard second-hand from many others; people have much to say about this holiday and their experiences. There are plenty of women who are quite satisfied with the status quo, and see no reason for change. That’s fine for them.

But there are women who truly crave this change. There are also many who had never thought of it, but suddenly had the opportunity. For so many women the chance to dance with the very object that epitomizes the lives they have chosen — on the holiday that celebrates that very object – is something awesome. Women described the experience as one of utter joy, giving them an astonishing connection to the Torah that most never even realized was missing.

Clearly traditions are important; even sacred. But the Torah was never meant to be static. And it never has been.

We must protect what is sacred by making it as accessible as possible; to everyone. By keeping the Torah partitioned off behind a curtain, we are more likely to render it forgotten than embraced. Progress is happening; but rabbis still have the reins. It’s time they take them and move forward.