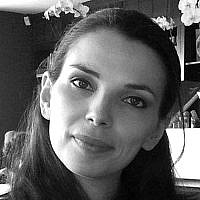 The Blogs
Tal Mandelbaum
Apply for a Blog
Advertisement
Please note that the posts on The Blogs are contributed by third parties. The opinions, facts and any media content in them are presented solely by the authors, and neither The Times of Israel nor its partners assume any responsibility for them. Please contact us in case of abuse. In case of abuse,
Report this post.

Sodastream CEO Daniel Birnbaum’s initiative to open a manufacturing facility in Gaza is a courageous one but unfortunately will not bring about the happy future we all want to see.

Birnbaum said “We want the people in Gaza to have jobs, real jobs because where there is prosperity there can be peace,” and though there is a rational to that notion, there are other, stronger powers at work that will not allow that to happen.

Over a decade ago, when Fatah was still governing Gaza, I took part in different advocacy events for Israel and for peace. During one of these conferences, I happened to have a conversation with a young German delegate. He said to me, let’s imagine an ideal scenario in which Germany can give the Palestinian Authority enough money to build every Palestinian living in a refugee camp in Gaza a nice house, wouldn’t that help bring calm to the region?

He too thought that good living conditions would be a positive influence on the state of mind of the people who would then be more willing to invest in life rather than resorting to violence and war.

The next day I had the opportunity to speak to a member of the Fatah cabinet. I thought it would be interesting to test my German friend’s theory and ask him what he thought. “Imagine you received billions of dollars in aid”, I said to him, “and that you could build beautiful homes for your people…would you do it”?

His answer was a flat out “NO”. He then plainly explained to me that his people still keep the keys to their old homes in Jaffa, Acre, and old villages in Israel, while dangling an imaginary set of keys in front of me with his fingers.  He said the PA was not interested in calming their hopes to go back.

A grim realization overcame me. We were in a zero-sum game. Their goal was not to live aside the Jewish state in peace, and no amount of money, luxury or aid would change that.

In fact, the Gaza strip receives one of the highest levels of aid in the world! Yet we have not seen this working in favor of peace, nor for the betterment of Palestinian lives.

I fully understand the wishful thinking that if we give more aid, even provide work opportunities and homes, we will see more willingness for peace.  Alas, we keep being disappointed, and this case will be no exception.

Instead of doing the same thing over and over hoping for different results, we have to understand once and for all, that we can’t solve this problem with the same level of thinking.

We are in a war against a certain narrative, a certain religious ideology that takes no interest in material comfort, or even the value of life itself.

The only way we can confront it is by strengthening our own narrative, the positive narrative that makes us, the Jews, a strong nation with the legitimacy to exist on this piece of land.

We need to take the same brilliance, initiative, and goodwill that people like Birnbaum possess, and use it in a way that will actually help progress.

Instead of building a factory in Gaza, we need to build the connections between us, to mend the rifts of Israeli society that are weakening us from within.

Because our narrative, our core ideology as a people is “love thy friend as thyself”. It is the brotherly love and mutual guarantee that our nation was founded upon, without which we are a torn society, spiritually powerless against the religious ideologies surrounding us.

Our army’s greatest asset is the spirit of its soldiers. Our unity is our strength, and today we need it more than anything else.

Speaking about #IsraeliHope today: "Real change means understanding the economic and social value of building trust, the connection between cooperation and prosperity, the need to connect different parts of our society and helping them talk to, enrich and improve each other.” pic.twitter.com/Dfvc4P6lLC

Indeed our brightest minds and finest entrepreneurs must set their goals to achieve this trust, connection, and cooperation within Israeli society.

This would be the greatest and safest investment because it is sure to bring us not only strength to defend our country but also the inner power that will make us a player worthy of negotiation and even admiration.

Behind the world’s single standard for Israel, it is expecting us to be the model society and light to the nations that is our destiny.

Let us invest in that, and see true ripples of change all around us.

About the Author
Tal Mandelbaum is a social psychologist with a background in political science and international relations and a mother of two.
Comments